Owners, Lefaga Esera and his partner, Terina Langkilde, had recently moved back from New Zealand and they are excited about the future and the new ice cream venture. 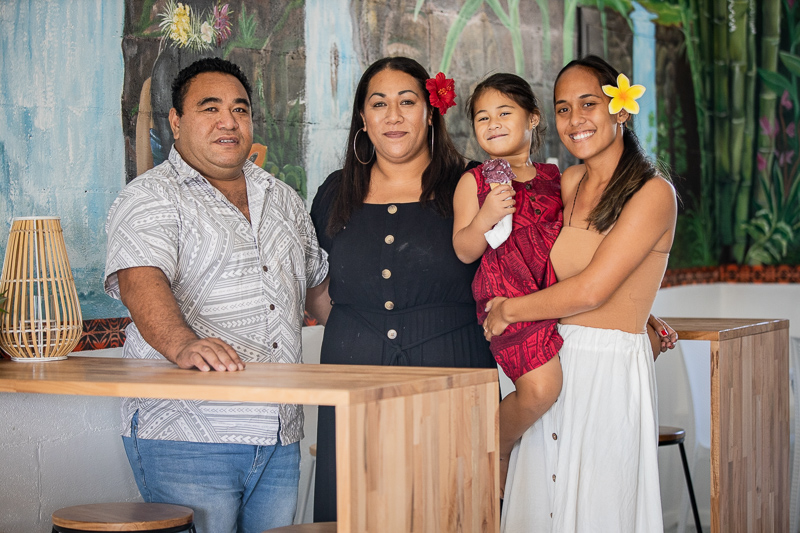 "So we went to this place in Auckland that does real fruit strawberry ice cream and I thought that’s what I would do in Samoa."

Mr. Esera said they have been travelling back and forth and they thought of setting up a real-fruit ice cream business.

It took them a while to have everything set up and they took over the lease at the end of February.

"We had planned to get a builder but then I got stuck here because I was set to go back to New Zealand," Mr. Esera said

"It was a long progression trying to find builders that could do what we wanted. At the end, we didn’t find a builder and so I built all this by myself."

Their business is something new here in Samoa and they are unsure if anyone else is doing the same locally.

Ms. Langkilde says that they have numerous flavours available and everything is bought locally.

"We have strawberry, mango, banana, raspberry, blueberry and pineapple. Everything is frozen and mixed with vanilla ice cream, " she added

"The fruits that we use we buy from here, we were originally going to import our own strawberries but when we got here we found out that Farmer Joe and Frankies supply strawberries.

"For the ice cream that we use, we buy from Uncle Johnny because we found out that there's no difference from tip-top ice cream."

According to Terina, for the interior designing of the shop, she wanted to bring the outside in.

"Samoa is so beautiful and we’ve been here four months now and we went for a drive to Falelatai yesterday and I thought it was stunning. And that’s what I wanted to bring in here," she said

"We wanted our customers to know that they’re in Samoa but under the air-con in here. Because of space, we wanted it to be airy in here so we just went all white."

Terina said that the ice cream they make tastes a bit different from the ice cream made locally because the taste of the real fruit really does come through in their ice-cream.

"When you buy strawberry ice-cream you’ll know that it’s strawberry flavouring whereas for our ice-cream its actual real strawberry fruit and you can actually taste it," she added

Aside from selling real fruit ice cream, they also make sugarcane juice which is something new locally. 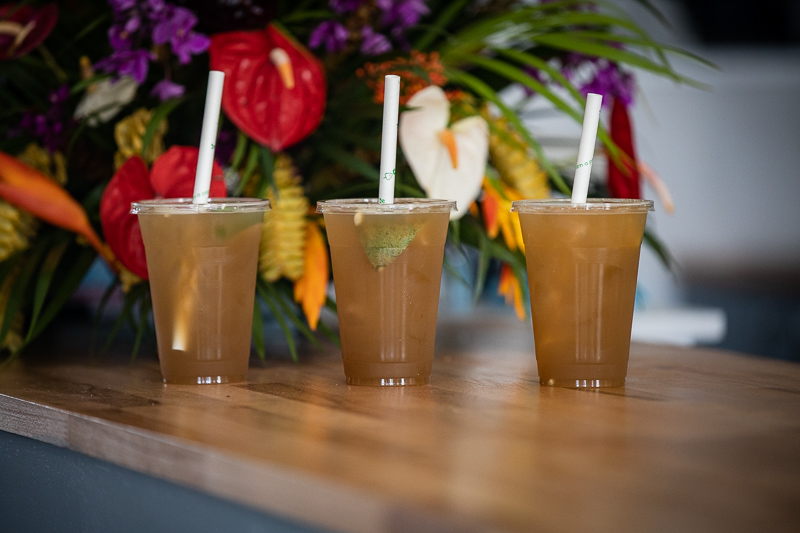 Terina says that it has a lot of health benefits and its a good hangover cure.

"We also have sugarcane juice, we make it here. You know growing up as a kid you’d always want to eat sugarcane but it was hard to eat because it was hard," she laughed

"So we found a machine that actually juices it out, it completely juices out the whole sugarcane.

"It looks ugly but when you try it you’ll be amazed.

"It’s actually really good for you; it’s got a lot of health benefit as well.

Leafaga and Terina acknowledged the support and help of the families in setting up their business.