A 22-year-old Samoan with a Doctorate in Jurisprudence, a Master's in Public Affairs and a Bachelor of Arts, Sala McCarthy-Stonex, wants better representation and services for Pacific Islanders in academia.

Speaking to the Samoa Observer, recent graduate Sala McCarthy-Stonex said during her time at Brigham Young University in Hawaii and Utah, she was one of just a handful of Polynesian students, with little support.

During her Master’s in Public Affairs, Ms. McCarthy-Stonex was one of four Polynesian students in a class of 80. Then while undertaking her Doctorate in Law, she was among just a dozen others, in a class of 300.

“There does need to be a token minority in some places because that signals to others that this field is also available to me,” she said.

“If I am here, then at least people can see it as a possibility for them and aspire to do the things we normally see as ‘other.’” 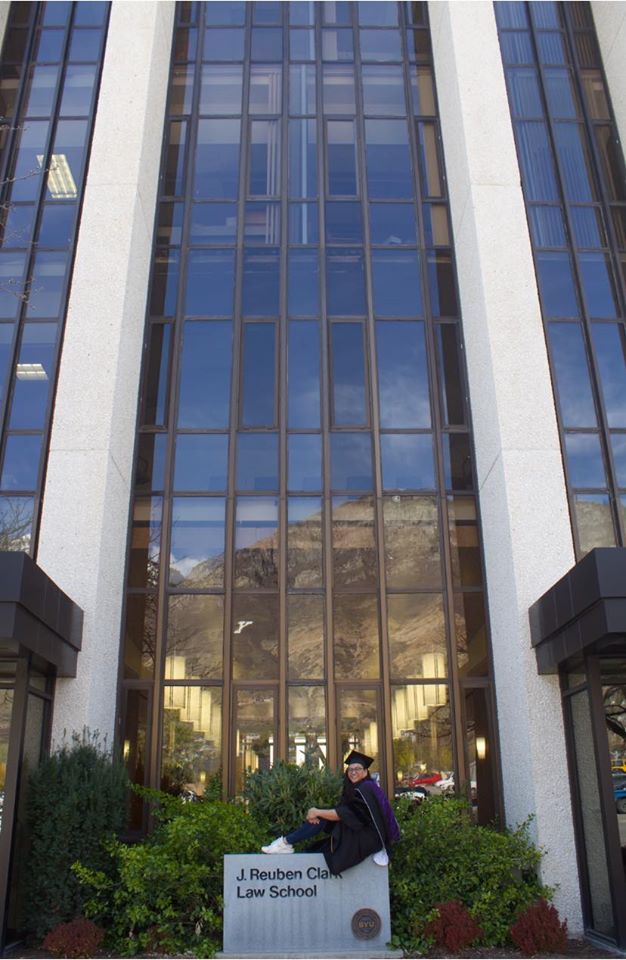 And while she was there to study for her ultimate goal – become President of the United States by 2032 – Ms. McCarthy-Stonex found herself studying the minority experience at B.Y.U. and found the results wanting.

“It was pretty poor. We need more representation, we need more dialogue to improve the environment here for the population we have.

“When I first arrived I kept my head down and did what I needed to get done. You find your network and your group of support where you can, but the culmination of everyone’s experiences, I felt this is my time,” she said about deciding to publish her research.

“I am graduating, they can’t do anything to me, so let’s go at it.”

Ms. McCarthy-Stonex’s Samoan heritage is from Tufuiopa and Apia. But because of the COVID-19 pandemic, she has still never visited her parents’ birthplace.

The family was supposed to be leaving for Samoa this week, but will postpone their family reunion plans at least a year, assuming travel resumes without restrictions by then.

She said she would ideally want to spend a month visiting with her family and connecting with the villages they all call home.

“I am used to meeting new family I have never met before, it has kind of been my whole life. We moved around a lot and being raised in the States rather than back home in the islands I have always been the awkward foreign cousin that comes back,” she laughed.

Ms. McCarthy-Stonex recently left B.Y.U. in Utah, and is currently finishing her isolation period in New Zealand before she is free to begin her next season outside of education.

Her mother, Sarina McCarthy, nearly visited in March for her daughter’s graduation but the borders closed and cases of COVID-19 ramped up right in time.

“Personally I was okay because I knew my mum was safe in New Zealand,” she said.

“She is in a lot of high risks groups given her age and some health issues so had she been with me I would have been extremely cautious in my interactions with other people.”

Currently in Provo, Utah County where Ms. McCarthy-Stonex’s sister and baby nephew live, there are 2,551 cases of COVID-19, according to the Utah Department of Health. The County has had 19 deaths and 133 hospitalisations so far from the virus.

Utah altogether has had 13,981 cases and 139 people have died. Majority of cases and deaths have been in Salt Lake County.

Ms. McCarthy-Stonex is a member of the Church of Jesus Christ of Latter-day Saints, and says as well as being a deeply religious person, the Church university’s generous tuition programme means she is entering post-graduate life without crippling student debt.

“But feeling directed and grounded in my religious beliefs and being given opportunities, I feel blessed.”

As a very young woman already ahead of many in her age group, Ms. McCarthy Stonex has become used to the “shock and awe” she sometimes receives on meeting new people.

But to her, she’s still a kid who was never that interested in school and is simply ready to get out into the world and make her mark.

“For a lot of my journey and my mission, going to school as a young brown female, has been helping others navigate as minority groups or as younger people, figuring out where they stand in the eyes of others but also in their own journey.”

When she started studying she was the youngest in her cohort, but she was sharing a classroom with older students with children her age. To her, those people are just as impressive as they might have found her to be, she said.

“These people have had full professions and they are coming back now, so that is much more impressive to me. I am here because I hate school and I want to get it over with, but they are here for a good reason.

“People don’t believe me, but it’s true. I am not the greatest student. I was a truant and still managed to get good grades, but I have made it.