The Prime Minister of Samoa, Tuilaepa Dr. Sailele Malielegoi, has put the media on notice while rejecting reports of unknown origin that the Ti'avea airport project was not tendered.

During his Saturday 2AP programme, filmed at the Tuanaimato Archery Compound, the 2AP staffer designated to offer questions to the Prime Minister, praised the importance of the airport as a regional airport before inviting the Prime Minister to share his views.

"About that project at Tiavea airport, it's great for travel between Tutuila, Tonga and Niue, but it seems some people are saying the project was not tendered, about $7 million was dedicated by the Government for this project which is coming along nicely," the Government radio staffer asked the Prime Minister.

Tuilaepa in response assured that the Tiavea project underwent a tender bidding process.

"We have already visited the site and I have already announced the vision behind this project. But this work has already been tendered," said the P.M. 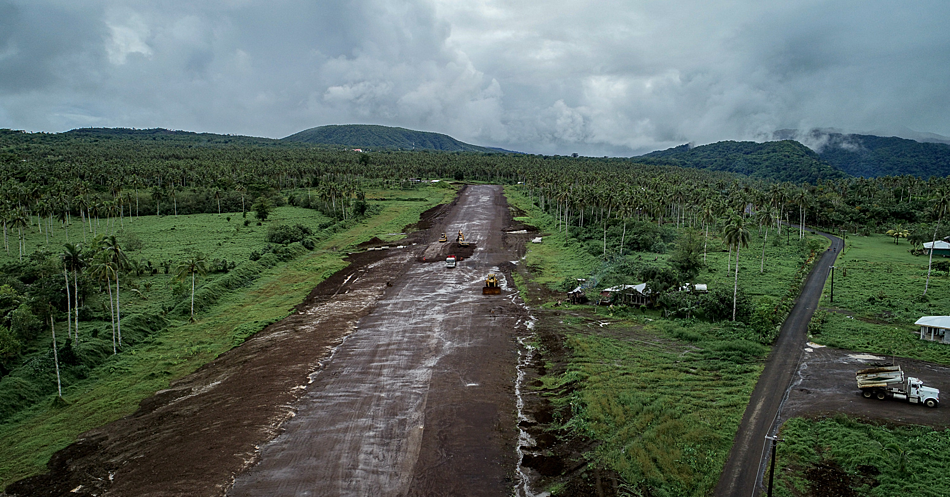 Tuilaepa reminded that the Attorney General sits on the Tender Board where such matters are reviewed and approved, saying such processes are not taken lightly.

"I also have advice for the media who continue to report such things. It is better for you to look at these closely," Tuilaepa said.

"On Monday, I will get the help of the Attorney General. Such things should not be said lightly. It is good if they report on something and it is true, but if it's not, then they will have to face the law."

But the Samoa Observer has not made any claims that the Tiavea airport project did not undergo a tender process.

The project's initial budget was composed of $10 million for construction and $4 million in compensation for locals, and not $7 million as stated by the 2AP staffer.

In a later and separate issue to the original contract, which was reported as having been through the tender process, in January, the Minister of Works, Papali’i Niko Lee Hang revealed that the Government had to alter the original design of the Ti'avea Airport due to interference from villagers.

As a result of extra work caused by waterlogged land, an additional $3 million variation was approved by the Tenders Board as a "necessary" variation, Papali’i explained.

But he told the Samoa Observer that the variation was directly awarded by the Government and did not go through a tender process whereby bids from contractors were sought independently. The project was, however, approved by the Tenders Board.

Papali’i added that there will be another variation of the airport project and that will certainly be up for tender.

In April, it was revealed by the Samoa Airport Authority Chief Executive Officer, Silimana’i Ueta Solomona that an additional $190,000 will be spent on expanding the runway.

This is to ensure safety standards are met and so it can function as an alternative airport.

The extension decision is due to a report revealing that there is an elevated risk of Faleolo being inundated from wave action during cyclones due to its proximity to the sea.

According to the Samoa Airport Authority (S.A.A.) Chief Executive Officer, the expansion of the runway at a cost of $190,000.

This will bring the Tiavea airport runway to at least 1,500m in length with adequate available space for required international safety standards.