The new and the old. Change at the helm of Samoa's Judiciary

It has been an interesting week on the sunny shores of beautiful Samoa.

While the nation continues to be placed under a State of Emergency (S.O.E.) as a result of the coronavirus pandemic, for which we do not have a case, there have been some interesting remarks delivered publically during the past few days worth thinking about this Sunday. Coming from our leaders, some of them inspire hope, others demand scrutiny.

On Friday, Samoa’s new Chief Justice His Honour Satiu Simativa Perese was sworn in by the Head of State, His Highness Tuimaleali'ifano Va'aletoa Sualauvi II, in the presence of Prime Minister Tuilaepa Dr. Sa’ilele Malielegaoi, Judges of the Supreme, District and the Land and Titles Court.

The ceremony and the arrival of Chief Justice Satiu fills the void left when long-serving former Chief Justice, Patu Tiava’asue Sapolu, retired last year. In the interim, and while the new Chief Justice was stuck in New Zealand and the mandatory quarantine period when he finally arrived in Samoa, Senior Judge, Justice Vui Clarence Nelson, had been carrying the baton as the Acting Chief Justice. 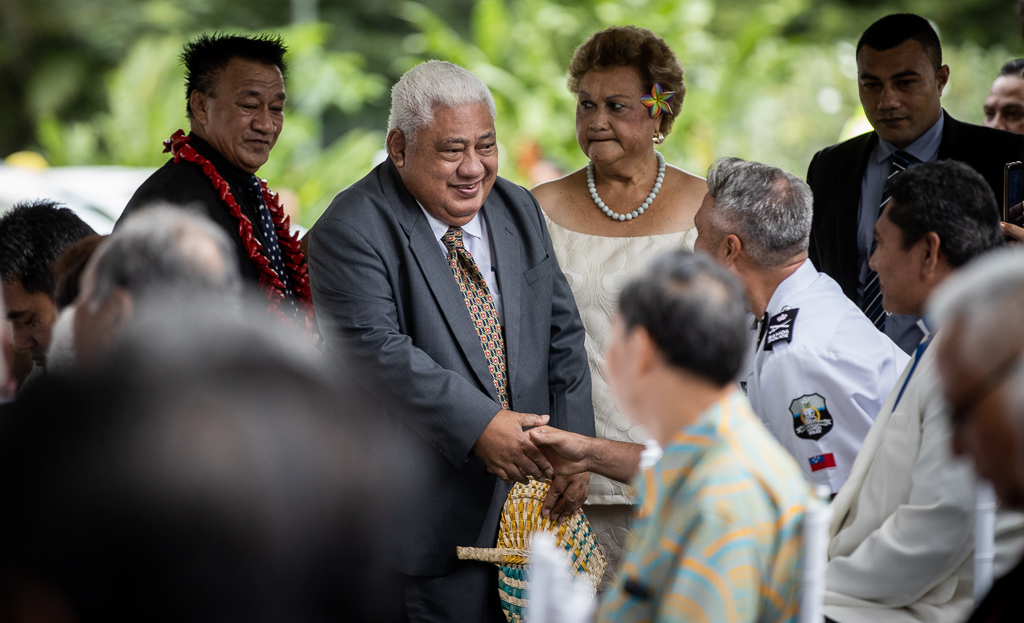 On Friday a new era in Samoa’s history began when his Honour Satiu took his seat at the helm of the Judiciary.

“This is the most important role that I will ever come to have in my work as a lawyer,” he said.  “I regard it as a calling and I pray that God will guide me in my work and give me the gifts that are necessary to carry out my duties in accordance to my oath.”

As Samoans with a heart for justice and truth, there is no doubt that we all share His Honour Satiu’s prayer and desire for him to serve his calling with a healthy fear of God, integrity and uprightness.

On that note, let us welcome and congratulate Chief Justice Satiu on his appointment. It is not everyday that someone rises to occupy the sacred chair of Chief Justice. Besides, if former Chief Justice Patu’s longevity when he was in office is anything to go by, the occasion on Friday is a rarity on these shores.

But it is no secret that Chief Justice Satiu has arrived at an extremely critical juncture in this country’s journey, especially with regards to the Judiciary and the ideal it exists to uphold. This is a nation that is in the throes of a hugely divisive public debate about the Constitutional Amendment Bill 2020, Land and Titles Bill 2020 and the Judicature Bill 2020.

These bills have been described by lawyers and top legal minds in Samoa and the world as a threat to the rule of law. And while the biggest focus has been on the creation of a separate Land and Titles Court, therefore reshaping the Judiciary, there is much more to be concerned about. Contrary to what the Government will have you/me believe, these bills have ramifications on our lands, titles, language, culture, village laws, village life and anything that is remotely Samoan – including the unborn generations of this nation.

It would be interesting to hear Chief Justice Satiu’s views on these matters. But judging from what he has said publically thus far, it is a breath of fresh air; it is the stuff that inspires hope. Let’s have a quick listen.

“The Constitution by which Samoa obtained independence established three parts of government in Samoa,” his Honour Satiu said. “The Parliament being elected representatives of the people who are responsible for making the laws of Samoa; the Executive who have the power to exercise executive power to run the country; and the third branch of government is the Judiciary, who interpret and administer the law in accordance with its jurisdiction to possess and exercise all the jurisdiction, power and authority, which may be necessary to administer the laws of Samoa.

“The three branches of government are independent of each other, and that is what we call the separation of powers. We do not act together as a committee, but rather three separate parts of a whole.

“With great respect and humility, I address you as the new Chief Justice of Samoa. I consider the independence of, and respect for the impartiality of the Judicial arm of the government, as two important qualities that the Court must continue to maintain.

“The method by which the Judiciary maintains the integrity of its impartiality is apply the rule of law and to speak through its judgments. The Judiciary should only very rarely engage in public discourse on issues that may ultimately require their interpretation and determination.”

What inspired Chief Justice Satiu’s maiden speech would be fascinating to find out. Perhaps those14-days under mandatory quarantine at the Orator Hotel would have given him plenty of time to catch up on what has been unfolding in Samoa during the past few months? Who knows? He might have even had time to read his predecessor’s take on the controversial bills in question. 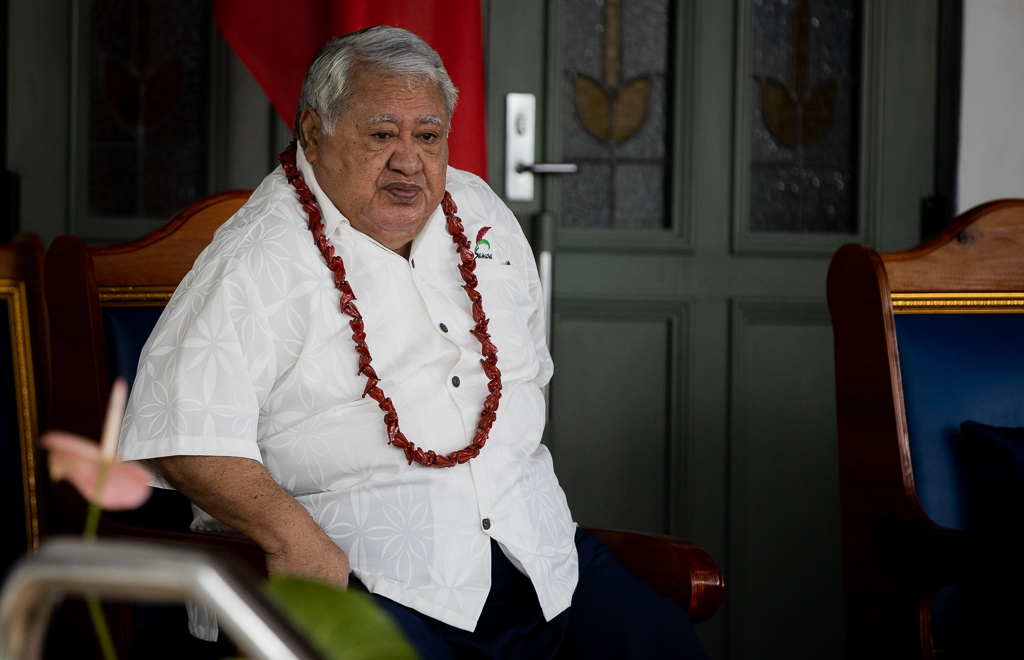 Last week, former Chief Justice Patu expressed his support for the bills. On national TV, he delivered a historical view of the Judiciary in Samoa, insisting that since the beginning, the Land and Titles Court and the Supreme Court have always been two separate entities.

In that regard, he said the proposed law changes are critical to protect Samoan customs and culture. Weighing into the debate about palagi laws versus Samoan laws, as well as the issue of individual rights versus village rights, Patu said every time a matter is raised in the Supreme Court involving village rights and individual rights, the rights of the Village Council often suffered what he described as a "technical knock out." That's because the Constitution favours individual rights over communal rights, Patu said.

Looking at other proposed changes to Samoa’s judiciary, he said the new system promises to be a lot more efficient, quicker and cheaper for Samoan families.

Not one Samoan will argue against the preservation of our culture. As custodians of such treasures, we have a sacred responsibility to our ancestors to protect and pass them on to future generations of this country for their benefit and that of the unborn.

The question for Patu, who was appointed by the late Prime Minister Tofilau Eti Alesana in 1992, why has he waited twenty-seven years to say this now? For all that time when he was at the helm of the Judiciary, was he not concerned then about the treatment of village rights and the Samoan culture by the same law upon which he used to guide his work and that of his fellow brothers and sisters Judges?

Also, was he not the Chief Justice who gleefully lorded over the Judiciary, which is responsible for the backlog of delayed decisions, which has opened an opportunity to politicians to intervene and interfere with the work of the Judiciary? 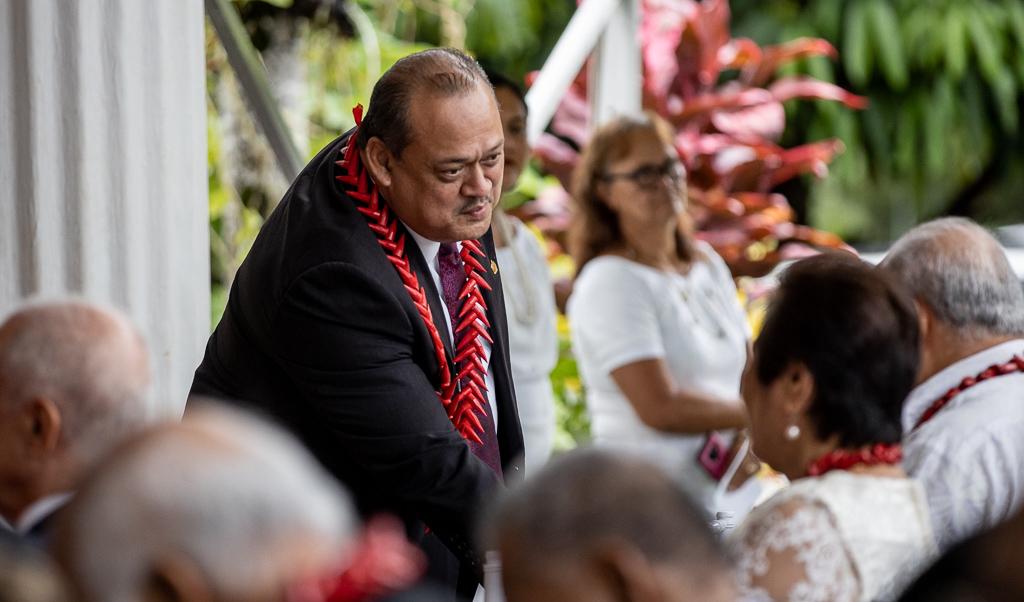 Speaking of interference, at the beginning of 2017, a response co-signed by Patu, as the Chief Justice, and the President of the Land and Titles Court, Fepulea’i Attila Ropati, clearly stated their position on the issue of separation of powers.

“We would like to clarify the position of the Judiciary in its decision not to participate in the Commission's inquiry as requested and as has been widely reported in the mainstream media,” the response reads. “We were wary of criticisms and queries over Court decisions that may inevitably arise over the course of the Commission's hearings. It is our belief that the Court is not answerable to anyone over its judgments. Our concern was over the independence of these judgments as they are the result of either unanimous decisions of a panel of judges or a majority decision of a panel of judges and not a decision of one judge alone.

“The current process avails many statutory options for redress if parties feel aggrieved by decisions - parties may appeal decisions of the L.T.C. and if they are still dissatisfied there is the option of a judicial review with the Supreme Court and then finally with the Court of Appeal.”

The proposed laws that the Government is forcing through Parliament, which Patu now supports, completely contradict the position of the Judiciary in 2017.

What happened between then and now?