Some of the incoming passengers at the Faleolo airport. (Photo: Aufa'i Areta Areta )

All incoming passengers of repatriation flights arriving into Samoa have the option to choose not to have dinner during the 14-day mandatory quarantine and therefore do not have to pay.

The Government pays the accommodation, breakfast and lunch.

This was confirmed by the Ministry of Finance’s Chief Executive Officer, Leasiosiofa'asisina Oscar Malielegaoi, in an interview with the Samoa Observer.

“It is entirely up to them [passengers] if they are full from lunch and breakfast then no need for dinner,” he said. 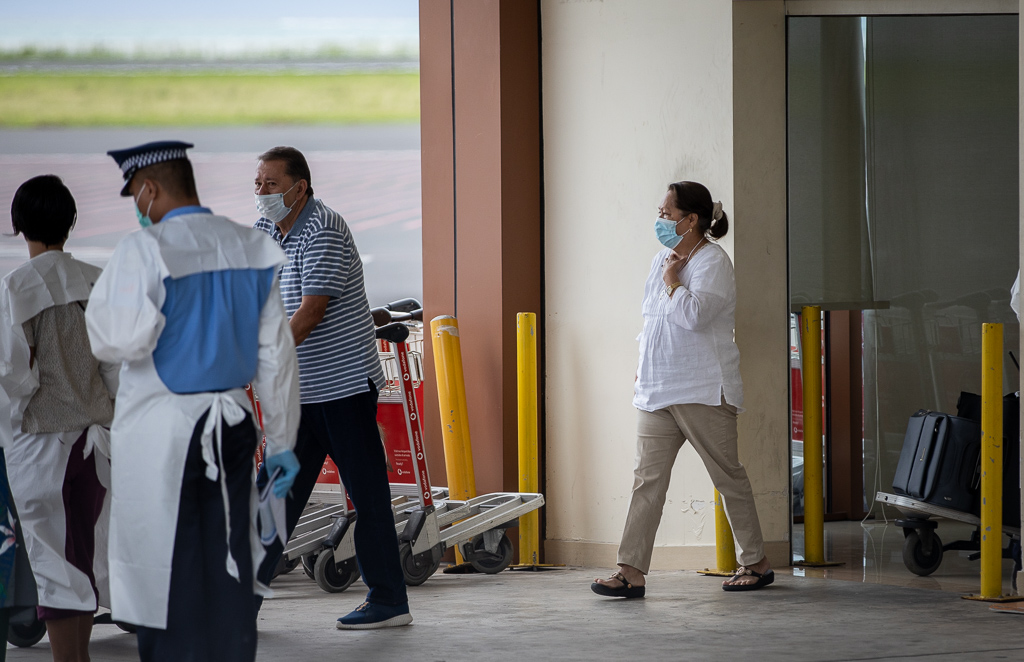 In the newly amended State of Emergency orders, it stated that dinner at designated quarantine locations will be the financial responsibility of the passengers.

Leasiosiofa'asisina said that before Cabinet’s decision last week, the arrangement was Government pays at least $200 per night for a quarantined passenger.

He added that the fee is a very expensive undertaking given that there are close to 2000 Samoans now in New Zealand awaiting repatriation flights to come back home.

“What the Cabinet or at least what the whole of Government wants is for every passenger to at least put in something.

“It is a very expensive exercise and if we keep doing this we will be spending millions of tala.

“So as it stands now the decision is for every passenger to pay dinner only, Government will settle the cost of accommodation, breakfast and lunch.”

The Ministry of Finance Chief also highlighted that 95 per cent of the costs is paid by Government.

“And on top of quarantine passengers we also have to pay medical personnel and security officials who will be out posted to all quarantine sites.

“We also provide meals and they will also be accommodated on site because they can’t come out so that is the rationale behind that decision.”

Government has already negotiated with hotels through Samoa Tourism Authority (S.T.A.) to make the cost of dinner affordable, so a passenger would pay $20 per night for dinner, that’s the average cost.

“But I don’t know it depends on the menu that is the understanding. Hotels determine costs through S.T.A. that is the government agency we have tasked them with that assignment of negotiating the cost of dinner that it is not too much.”

When asked about the millions, being injected into Samoa’s COVID-19 response, if it is not enough to pay for dinner fees he said that “well, the bill will run into millions.”

“We have already allocated through the first Supplementary budget and first phase $20.2 million the bulk of that amount will go into building isolation wards, quarantined pressurized facilities at the Ministry of Health, much needed supplies of medicine.

“So we have already year marked funding towards specific items. There was also allocation to quarantine passengers and that was $1.5 million.

“If we continue with this current arrangement that 2,000 that I mentioned is just an estimate for New Zealand alone we haven’t included Australia and the US where so many Samoans are and asking Government to please bring them back home.”

He added that if Samoa brings back, for example 10,000 Samoans who are stranded overseas it will be a costly undertaking.