The first Samoan fa'afafine to graduate with a doctorate hopes her research will enable the media to have a better understanding of Pacific people, and to portray them accurately as news subjects.

Angie Enoka – who will graduate with a Doctor of Philosophy in Media Studies from the Massey University on June 24 – analysed New Zealand regional media coverage of Pacific workers  engaged in the Recognised Seasonal Employer Scheme (R.S.E.), while they were living in regional communities, and focused on the first five-years of the scheme from its inception in 2007.

She said she was motivated to focus her research work on the difficulties that R.S.E. workers faced while at work, as stories in the mainstream media did not did not consult them and were based on information from employers and government.

“I was motivated by hearing first-hand stories from the workers about difficult conditions but noticed that the media circulating in their host communities did not consult with them, choosing to publish only stories from employers and government perspectives,” she said in a statement issued by Massey University. “My research explored the share of voice and themes in the community news to verify that the workers themselves were not part of the story unless there was ‘trouble’, in which case they were typically talked about, but almost never given a chance to respond.” 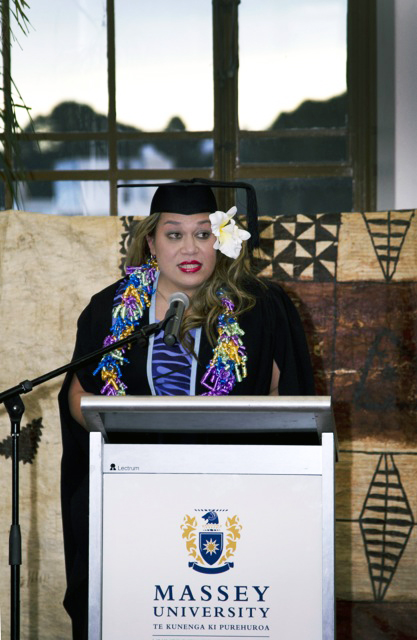 Samoan-born, Ms Enoka’s research makes recommendations on media diversity and training, to ensure it can fulfil its watchdog function, particularly in regional communities, in addition to alerting the New Zealand public more broadly to patterns in the way the scheme has been reported to them, and to broader patterns of racialised discourse.

And while research the topic was challenging, she feels her research has implications for the media profession to encourage them to think critically about the implications of their institutionalised practices, the extent to which they repeat government agency policies without scrutiny, and enabling them to better understand the portrayals of Paciﬁc people in media articles and to consider the implications of these representations for Paciﬁc communities and their sense of self and their place in New Zealand.

She enrolled with Massey University as a part-time student in 2011, studying a postgraduate degree in Communication Management while working full time. Juggling studies with a full-time job was hard, but one area of respite for her was Massey’s writing retreats for Pacific students.

“I found the retreats very inspirational and it was really helpful for me to take time away from work and away from distractions at home, just to write. It was the most immensely valuable opportunity the University has offered for intensive writing, time away from the normal demands of work and domestic life. There was also social time for participants to discuss challenges and successes of their PhD journey.”

During her postgraduate degree, Ms Enoka was the recipient of Massey University’s School of Communication, Journalism and Marketing Merit Certificate for scholarly excellence, being one of the top students in most of her courses. She graduated with Distinction and fast-tracked her academic ambition by taking on a PhD, where she was the only Pacific PhD student on the Wellington campus for years. 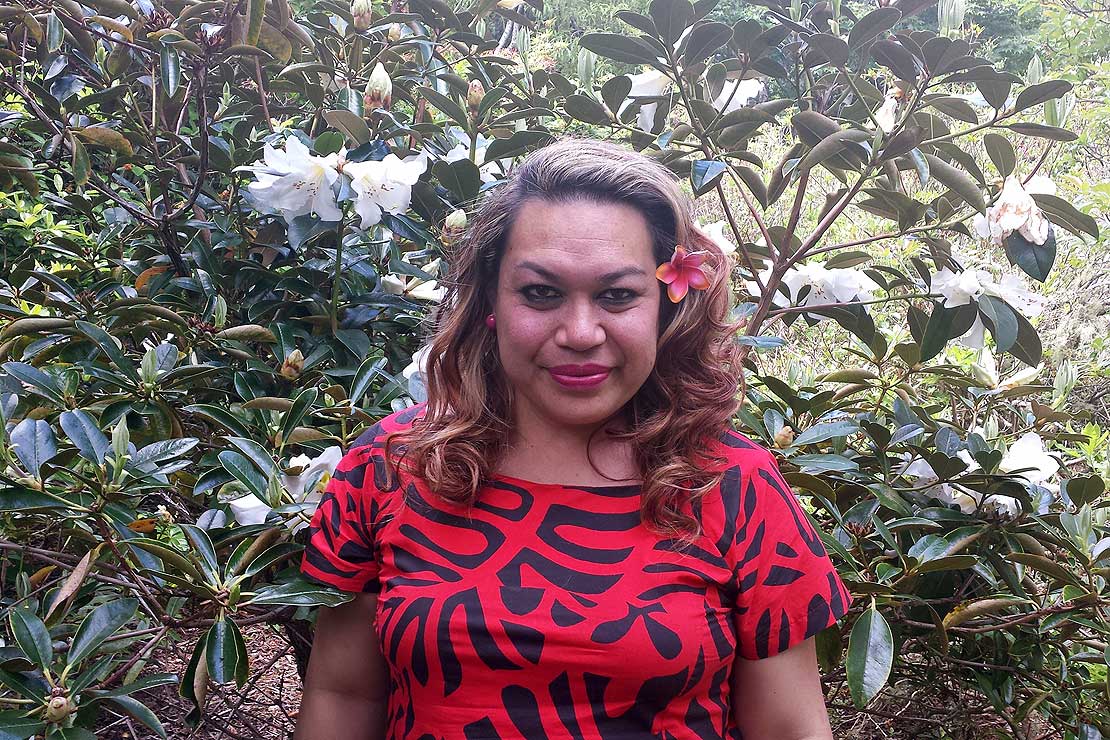 During her research, Ms Enoka’s brother passed away at the age of 43.

“I paused my research after that happened. It really hit home. He was my only brother but I learned from a friend to keep one foot forward and keep moving.”

Despite the setbacks, she’s proud to be graduating and says that she’s learned that anyone is capable of completing a PhD.

“The key is, you really need to have the drive and commitment, a lot of passion for your topic of choice, make space to allow you to write freely without distractions and most importantly get really good grades in your degree.”

Being a proud fa'afafine is also a motivator for her success in joining the university’s 2020 graduating class.

“I am a proud fa’afafine and have enormous pride in my Samoan identity. This is a significant milestone for me personally and for my family, for me to be able to reach the highest qualification at university. Hopefully my story will change some of the mindset that fa’afafine are not just entertainers, fashion designers or comedians, as we can also be in the world of academia.”