A leaked audit of the University of the South Pacific has raised allegations of millions of dollars in improper salary payments and expenses, and disturbing claims of a “sex-for-grades” scheme that was covered up.

The report was prepared by the audit firm B.D.O. in August last year and was obtained on Thursday by New-Zealand based journalist and author, Michael Field, who published an account of its findings in the Islands Business publication.

Mr. Thompson, a former Fijian diplomat, instigated an investigation into Professor Ahluwalia soon after he took over the position. He said the committee needed time to consider allegations raised by Mr. Thompson and other council members.

But Mr. Thompson was himself amongst those implicated in the 114-page B.D.O. report submitted in August last year.

Alafua Campus’ Acting Campus Director, Dr. Joeli Veitayaki, in an interview with the Samoa Observer, said apart from recommendations from the B.D.O. report which had been previously released in summary form “nobody knew what [was] really the truth, until then.”

“Because there were allegations that there was this paper that was supposedly written by the [Professor Ahluwalia] and then this counter move to remove the V.C. who had supposedly made the submission,” said Dr. Veitayaki.

“So until that B.D.O. [report] came last night, a lot of us were confused about what the real things are and why we were being kept in the dark.

“The owners of the University, the governments of the region and of course the staff and students and that was the decision of Council. But the consequences are that now we have this struggle worsened.”

Dr. Veitayaki said the stability of the university remains uncertain as long as the power struggle continues.

“We really hope that now that we have reported, it may bring things to a faster conclusion because we all know we can trust what has been reported and what was in the [B.D.O.] report,” he said.

The university mismanagement was first discovered by Vice Chancellor Ahluwalia, just months into his appointment, which led to the investigation by B.D.O. Auckland.

According to Field, the B.D.O. report included a cache of U.S.P. documents revealing how the Fiji Government has covertly tried to drive Professor Ahluwalia out of the country.

His home had been raided by the U.S.P. security staff, and his credit cards confiscated, the report alleged. 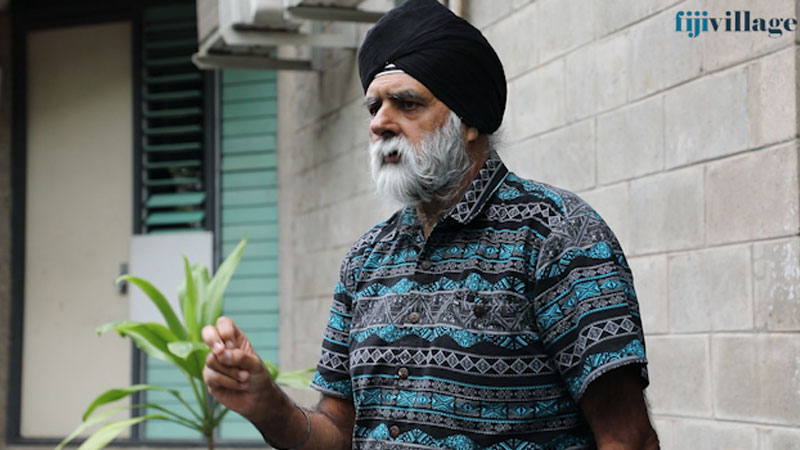 Also contained in the report is correspondence relating to scandalous claims of a “sex-for-grades” operation led by academics at the U.S.P. Laucala Campus in Suva.

A high-level coverup of the arrangement is suggested by B.D.O.

B.D.O. suggested that the appointment of Professor Ahluwalia in November 2018 to replace his predecessor, Vice-Chancellor Chandra was not in line with what the Fijian Government and Mr. Thompson had wanted.

Field’s report said the B.D.O. report names 25 U.S.P. staff who had been investigated but he had decided against naming them, for now.

He quoted the report numerous times highlighting a “gravy train” which U.S.P. staff had benefited from.

“We are of the view that the oversight, governance and control of remuneration is a key weakness across U.S.P.” the report said.

“This was a key theme throughout our investigation as many of the matters raised in the (Ahluwalia’s) Paper, or the likely motivations behind those matters, relate to remuneration.”

These allowances had varying conditions and were paid without full knowledge of the remuneration committee and council, Field reported.

“Responsibility and Acting Allowances have also been awarded extensively across U.S.P., with payroll records indicating that $3,011,112.53 was paid to staff across the three years,” his report stated.

“Very little guidance exists to govern how these allowances are applied.”

“We are of the opinion that the cumulative effect of this lack of oversight and control has resulted in breaches of policy (where policies exist) and numerous instances where staff members, particularly those in senior roles, are remunerated well outside Council approved salary bandings,” Field’s quotation of B.D.O. findings said.

Following the suspension of Professor Ahluwalia on Monday, Derreck Armstrong has since been appointed as U.S.P.’s Acting Vice Chancellor.

Armstrong according to the B.D.O. report, as reported on by Field, had been paid in excess of his salary band.

“We have noted cases where employees have received an inducement allowance for many years, some tracing back over a decade-spanning multiple contracts, promotions and pay increases,” the quoted B.D.O. report says.

“It seems commercially illogical that these employees would need an inducement allowance to stay in U.S.P.’s employment.

“In our opinion, and based on our experience, it appears that inducement allowances have been a systematic way of artificially inflating the value of certain roles and places a number of positions outside approved salary banding.”

Field wrote that allowances were being abused.

According to the report, academic staff were charging “consulting” services to the U.S.P. while taking 70 per cent of the revenue earned.

A number of people cited in the report had direct ties to Fijian Prime Minister Voreqe Bainimarama’s Fiji First Party, the report says.

“As this is being written, the Fiji Government has tried to force its control over U.S.P. and to bury the B.D.O. report,” wrote Field.

“Arrogantly the Fiji authorities are not only rejecting letters from the governments of Nauru, Samoa, Tonga and New Zealand who are protesting what is happening, they do not even reply to them.

“After Bainimarama seized power in his military power in 2006, he spurned regionalism and refused to be part of the Pacific Forum, saying it was controlled by Australia and New Zealand. Now he needs Wellington and Canberra and is all friendly, but U.S.P. reveals that still present is Bainimarama's Fiji hostility toward the neighbourhood.”

This comes after Samoa’s Deputy Prime Minister, Fiame Naomi Mata’afa, slammed the saga at the University as "irregular", and called for member countries in the Council to be more vigilant.

"U.S.P. [is] at [the] tipping point of becoming nationalised and the region looks on," she said previously.

Calls made to Mr. Thompson’s mobile on Thursday by the Samoa Observer were not returned.