Trouble continues to brew at the University of the South Pacific (U.S.P.), with the suspension of the Vice Chancellor (V.C.) and President, Professor Pal Ahluwahlia, met with student and staff protests in campuses and criticism from Council members.

Following months of opposition against the bid by Pro-Chancellor (P.C.) Winston Thompson to investigate V.C. Ahluwahlia, the U.S.P. Executive Committee suspended the Vice Chancellor on Monday as they consider the “material misconduct” allegations against him.

This has attracted widespread criticisms of the Executive Committee.

Tensions between the Pro and Vice-Chancellor surfaced in the first three months of Vice-Chancellor Ahluwalia's tenure, when he uncovered serious governance and management anomalies at the university. The discovery led to an external audit by accountants B.D.O. that revealed irregular governance and management issues predating the current V.C. Ahluwahlia's appointment.

The report named P.C. Thompson in the document and since then has maintained a vendetta against V.C. Ahluwahlia aided by selected Fiji- based members. Because of this, Thompson's actions have been labelled "obstructive."

"It is our view that the University Council had determined how it would deal with these issues and the Council asked the Pro Chancellor and Vice Chancellor to work together and keep to their own mandates, but it had become very obvious that the Pro Chancellor is very obstructive," said Fiame.

"Not only of the Vice Chancellor's role and functions but he is also being quite obstructive and in fact, he doesn't agree with Council establishing this independent Commission that's now working through the issue for the University Council.

"So it's a bit of a personal thing. I'm not saying they shouldn't follow through with their bonafide charges against the Vice Chancellor, but it appears that it's all being set up to get back at the Vice Chancellor for bringing the initial report about the irregularities within the University.

"It might seem like a clash between the Vice Chancellor and Pro Chancellor but the issue is a lot larger," continued the Deputy Prime Minister.

"U.S.P. has been under Fijian leadership for the last 10 years at the Vice Chancellor level and Pro Chancellor level, so I think they've been carrying on like its a Fijian institution and they can do whatever they like because they're based in Fiji, and is the largest campus and not following the due processes that they should administer and govern the university by."

Fiame then called on the Member Countries, especially those in Council, to be more vigilant about their role on Council and take responsibilities for the saga in Fiji.

"Hopefully with this issue, the regional representation might wake up and pay some attention to what is happening at U.S.P," she added.

Also in a post on social media, Fiame said Executive Committee has taken over the powers of the Council, using the COVID-19 pandemic as an excuse for not being able to meet with Council Members virtually.

"U.S.P. [is] at [the] tipping point of becoming nationalized and the region looks on," she wrote. 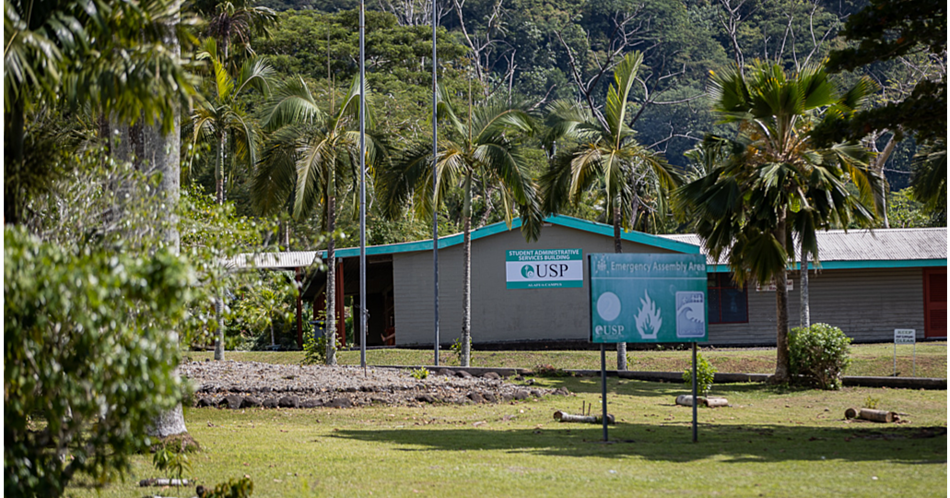 She highlighted that due to the Pro Chancellor Thompson's demonstration of not paying attention to Council, Fiame said this should be sufficient grounds to address the issue of whether or not he should stay in office after being implicated in the BDO reports.

Due to the high drama initiated by P.C. Thompson and Fiji-based council members, Fiame is calling for consideration to make the BDO report public.

"Because the report is embargoed, and only a few people have access to it. In the spirit of wanting to keep things in-house that we would embargo the full report and send out a summary," she said.

"But I think with this nonsense with the Pro Chancellor and it all leads back to that report; I'm now of the mind that I'm going to put it on the table of the council that that report be made public."

The decision following the Executive Committee meeting was revealed in a letter dated June 8, 2020, addressed to V.C. Ahluwahlia from Ms. Aloma Johansson, Deputy Pro-Chancellor and Deputy Chair of Council.

“The Executive Committee decided after considering all the papers that an independent investigation should be conducted as soon as possible into the allegations,” the letter reads.

“Further, in accordance with clause 6 (f) of the Ordinance to Govern the Discipline of the Vice Chancellor, you are hereby suspended forthwith from your duties as Vice Chancellor and President without loss of salary and privileges until the outcome of the investigation is determined.”

“The future of our regional Pacific [U]niversity is now seriously in jeopardy,” the Nauru President said in a statement.

Aingimea described moves made against V.C. Ahluwahlia as a “personal vendetta” as he calls for an urgent meeting of the full University Council to reverse the “illegitimate” action made by the Executive Committee.

The suspension has also sparked peaceful protests at the local U.S.P. Alafua Campus.

Fijian Broadcasting Corporation also reports of the U.S.P. Students Association in Fiji threatening to boycott exams, classes and other activities from the regional university's 14 Campuses, insisting they will not sit back.

Last week, the Staff and Students Association called for an end to the U.S.P. saga, saying it is coming at the expense of students, Pacific taxpayers and donors.

More than 500 members at U.S.P. had signed a petition in support of V.C. Ahluwalia, who is now suspended.

“Besides the [Vice Chancellor], the biggest victims are the students. The Council must intervene on students' behalf and remove [the Pro-Chancellor Winston Thompson], amongst others, now,” the Association said in a press statement.

“No other academic institution in the world would tolerate such interference. This must stop as it threatens U.S.P.'s stability.

“The future of the University and the students’ academic programs are being threatened each day as long as [... University executives …] remain in office in any capacity. We will do everything we can to protect this institution and boiling point is on the horizon.”