Some of the F.E.S.A. members at the scene. (Photo: Francis Faalili)

The Commissioner of Samoa’s Fire and Emergency Services Authority (F.E.S.A.), Lelevaga Faafouina Mupo, has issued a passionate plea for members of the public to prioritise safety.

The call comes after the deaths of a father and his son at Tiapapata on Tuesday, who fell into a ravine estimated to be between 300 to 500 meters deep.

A rescue mission carried out by F.E.S.A. with assistance from Police discovered their dead bodies at 3:30am Wednesday after a 13-hour rescue operation. 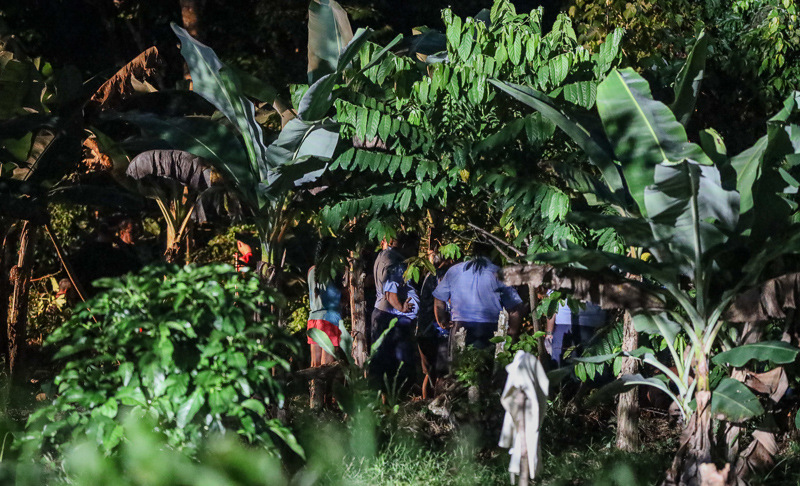 Lelevaga expressed his deepest sympathies to the family for their loss. He explained that the mission was extremely difficult.

“We prepared and got our gear together after we got the call around 2pm for the rescue mission at Tiapapata,” he said.

He added that their teams analysed the situation upon arrival at the scene.

“Our rescue team went to the scene to locate the father and son, the ravine is 400-500 meters deep and it did not have a clear road, it was too narrow going down.

“We also noticed signs of soil erosion, which led to some of our members to sustain minor injuries not only from the eroding rocks but also from trees. The team wore full safety gears for the search operation."

The Commissioner was grateful it did not rain

Lelevaga added that part of the difficulties they encountered was moving the bodies of the deceased from the ravine to the surface ground.

“It was not an easy operation but by 3:30am on Wednesday the bodies of the deceased were recovered and brought to the hospital," he said.

“We acknowledge the deceased’s families, the Commissioner of Police and Prisons and his officers for being there despite long hours.

“But most importantly we thank God for his protection upon all of us in carrying out the work we do because these types of operations can lead to unforeseen circumstances where you make it home or not.”

This led to the F.E.S.A. Commissioner issuing an advise for members of the public to work together to ensure safety is prioritised.

“In saying that, an example was the incident yesterday, yes we understand that our children are our treasures through the bonds between a parent and a child but we want everyone to understand that losing one life is in a way less of a heartache than losing more than one.

“But it is true that "O au o matua fanau [the pinnacle of a parents' love are their children] but we must ensure safety first whether it is at home, surrounding environment and at sea.

“It is better to be safe than sorry or prevention is better than cure.”

“This is why on behalf of the Minister, management and staff, we offer a message that our people should take care."

Samoa’s Police and Prisons offered its deepest condolences to the family of the two deceased through a public statement.

"Samoa Police Service offers our deepest condolences to the family of the two deceased recovered by the F.E.S.A. at around 3am early this morning from a ravine at Tiapapata,” read the statement.

It also added that the matter was reported to Police at 1pm on Tuesday.

“It is believed that the first deceased a 14 year old boy [who] went with his cousin to the family plantation near the ravine at Tiapapa not far from their home.

“Both boys fell into the ravine however the cousin manage to find his way up and notify his family.

“The father of the decease boy went to rescue his son however has resulted in this tragic incident.”

It also added that the bodies of the 52-year-old father and his 14-year-old son are now at the hospital morgue.

“Police will notify the Coroner today. S.P.S. acknowledges the support of all our front line agencies especially F.E.S.A. in this recovery operation.” 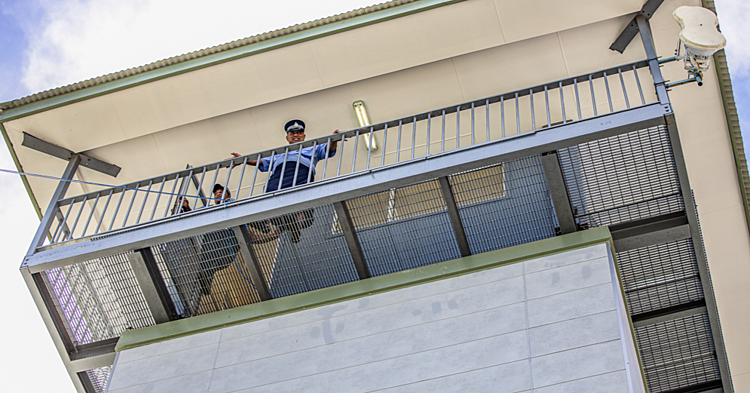 Government’s priorities have been questioned over its proposal to install a standby generator to power up the Tanumalala prison overlooking other essential services.

Father Muliau Stowers has cleared the air saying his comments were not made with an intention to support a perpetrator or encourage victim-blaming, but rather an effort to appeal to the youth regarding such taboo issues.