The S.R.U. Development and Competitions Manager, Taala Tui Komiti, told the Samoa Observer that the training started on Monday and focused on coaching training before moving to match officials and referees on Wednesday.

"This training is part of our training education program that's been rolled out to schools so the training that's going on at the moment is our Coaching Training Course for Level 1 Sevens,” he said. "Today is the coaching for Level 1 Sevens for Upolu and so tomorrow (Wednesday) will be the match officials training. This program does not only focus on the sevens but also for the fifteens.”

They are also opening their doors to teenagers or anyone who has a passion to become a match official or referee to join their training on Wednesday.

"Tomorrow (Wednesday) we will be having the match officials training program and so we invite anyone who wants to take up refereeing as a career to make use of this opportunity to come and join our train education program," he added.

The team will be going out to the community as they have noticed that potential participants are finding it difficult to make their way to participate in the training workshops in Apia. Consequently, they have decided to hold their training outside the capital, in a bid to get more local participation. 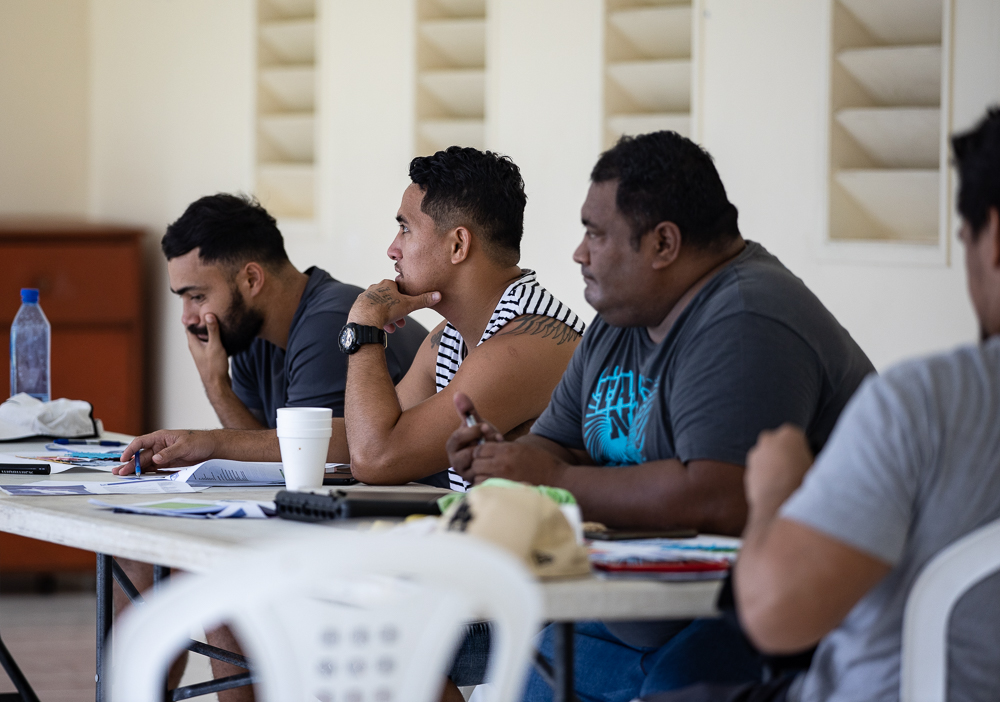 “The only challenge that we see is transportation, it's very difficult for the rural areas to find rides to join our training programs being held here at our HPU compound," he said.

Their training session on Monday only attracted four participants with Mr Komiti concluding that the low attendance was due to the state of emergency (S.O.E.) lockdown.

"As you can see there are only four people that turn up this is due to the lock down that we are still in. We are still trying to attract the people that we are starting again. I think the main issue for the participants is transportation," he said. "The program today does not only focus on the coaching skills but also the match officials, the medical side, strength and conditioning and also the administration side. So this is all part of the program that we have for the next few weeks.”