Coin Save hit with three violations after tax audit

The Coin Save store in Vaitele (Photo: Aufai Areta Areta )

The Coin Save Samoa chain of retailers has been hit for violating three different sections of the tax code following an Internal Revenue Service audit that was sparked by a Samoa Observer investigation last year.

As a matter of policy, the Internal Revenue Service (I.R.S.) does not comment on the specific penalties placed on companies. But one person with direct knowledge of the operation confirmed the auditors’ penalties totalled more than $1 million.

The Coin Save franchise stores, which sell discounted homewares, were investigated and penalised under the provisions of these different pieces of legislation:; the Income Tax Act 2012; Tax Administration Act 2014 and VAGST Act 2015.

“We have also completed our audit of this specific issue plus tax audits of its 2015 and 2016 tax returns; [they have] been issued with penalties and [we are] awaiting [a] response from [the] company, said Commissioner of Customs and Revenue, Matafeo Avalisa Viali-Fautua'ali'i.

Matafeo said the matter was brought to the Ministry’s attention by the Samoa Observer in 2019.

The article, published in November, showed that customers at two of the chain’s stores were being provided with receipts that were a year out of date. That practice, according to Matafeo, at the time, was a common means for companies to evade Value Added Goods and Services Tax. 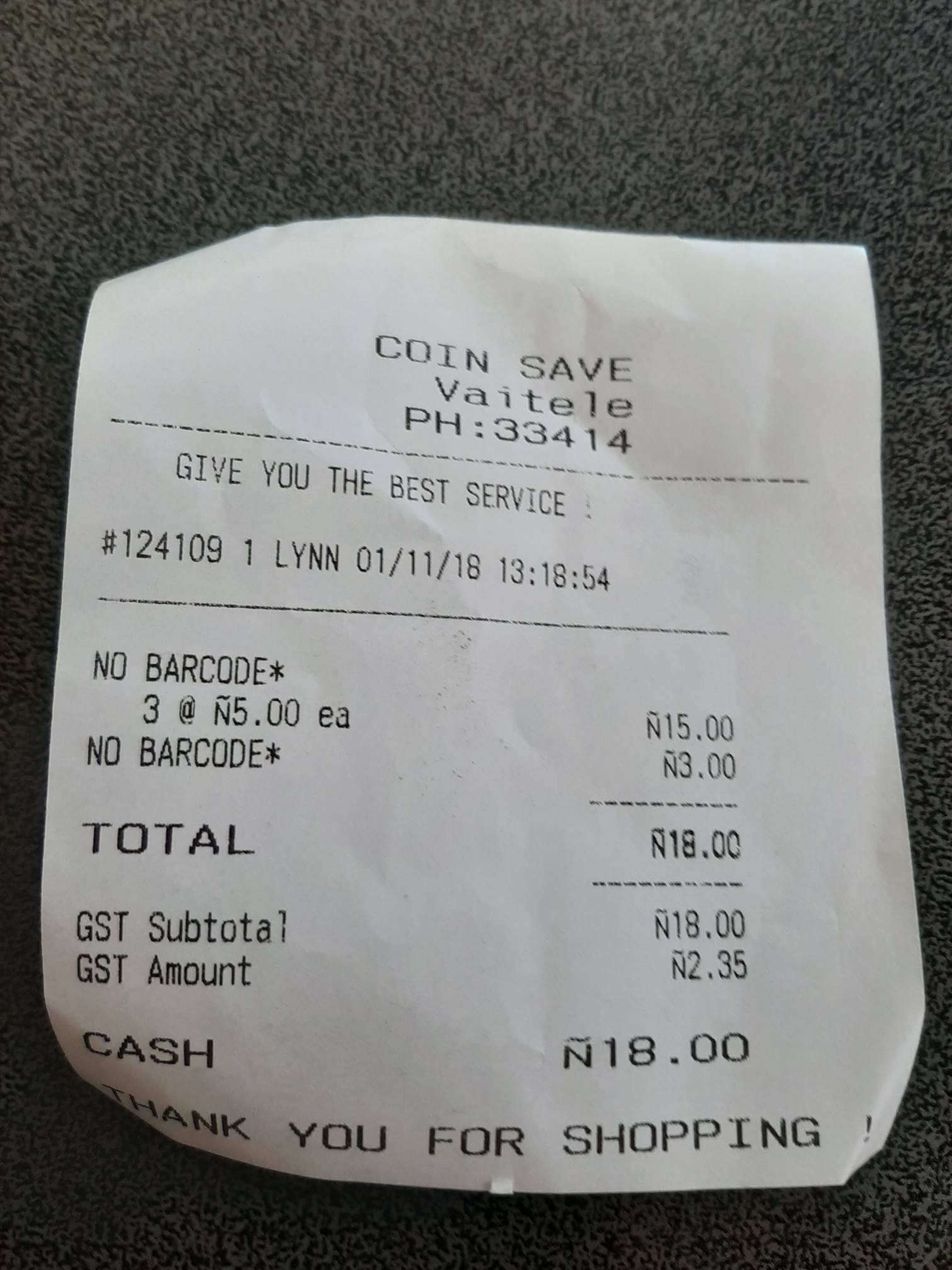 Following inquiries by the Samoa Observer, the company switched to a new receipt machine but one that did not identify sales clerks, store locations or included V.A.G.S.T. amounts.

“By the time we got to the store, they already changed their machines and said it was an error,” Matafeo said.

“Then we moved to investigate their records, daily cash, bank deposits and concluded the penalties we have issued.”

The Samoa Observer visited the Coin Save compound in Vaiusu but was told the company’s sold shareholder, Tu'itu'ioaiga Teeking Weng, was not there.

It’s nor known whether the owner was in the country as staff at the compound refused to comment.

The Minister declined to comment when asked whether the fine exceeded $2 mi;lion.

“It is against the law for me to divulge that type of information and also I don’t know,” he said.

Commissioner Matafeo also refused to disclose as to the amount of the penalty.

“I maintain to be cautious of information [being disclosed] to your newspaper for public information,” Matafeo said.

“Generally [what is] for the best interest of our public citizens [does not extend to] specific tax information of the taxpayers that are covered under the tax confidentiality provision of the Tax Administration Act 2012, or we will be sued by the taxpayer.

“As [the] Samoa Observer is a taxpayer itself, I’m sure you will appreciate this provision of our legislation.”

On Saturday, the Samoa Observer revealed that the Skyline Samoa Company had its liquor production plant shut down by authorities while they conducted an audit of its tax affairs stretching back as far as five years.

According to the Customs and Revenue’s website, the V.A.G.S.T. is a tax on most goods and services supplied in Samoa by a registered business.

“It also applies to most imported goods and certain imported services. V.A.G.S.T. of 15% is added to the price of taxable goods and services.

Coin Save Samoa Limited was founded in 2009.