The Head of Samoa’s National Human Rights Institution offered the warning during an interview with the Sunday Samoan, following weeks of riots and unrest in the United States of America, sparked by the death of George Floyd in Minneapolis.

Ombudsman Maiava has been following the developments very closely, saying the abuse of power by authority and discrimination based on race can have a very negative impact and lead to grave injustice.

But he said Samoa does not need to look to the U.S. to see evidence of “systemic discrimination.”

“As a small nation, racial discrimination is not as visible but that does not mean that it does not exist in Samoa,” Maiava said. “We have had situations of discrimination based on status, nationality, gender, religion, ability, etc and as a nation, there are things that we can do to stamp out discrimination.

“We can start with the proper use of language to describe people (eg. tama uli/ tagata uli) when referring to black persons as opposed to meauli and ensuring our actions do not encroach on the rights of another.”

In the United States, a video taken by a bystander showed police officer, Derek Chauvin, pressing his knee on Floyd’s neck, ignoring the African American’s saying: “I can’t breathe”.  The incident has sparked weeks of protests, riots and marches under the “Black Lives Matter” banner.

For the Ombudsman, he said Floyd’s death was a violation of basic fundamental rights, the right to life, freedom from inhumane treatment particularly when the situation did not require the force that was used.

“It is a situation that can happen anywhere in the world and no doubt in many other places but is not widely reported,” said Maiava.

“We are fortunate and proud that in our country, our faa-Samoa principles of faaaloalo [respect] and ava fatafata [mutual respect] often override anger and frustration as the only protests we have ever seen have been through peaceful means. Sadly in the U.S., the situation has gone beyond that to riots, damaging personal properties and breaking the law.

“We are to be reminded of the value of our freedom to express our opinion via protests but this must be done in accordance with the law to uphold peace.

As a small nation guided by Christian principles, Maiava urged all Samoans never to lose sight of “our shared humanity at any point regardless of our status and position in society. 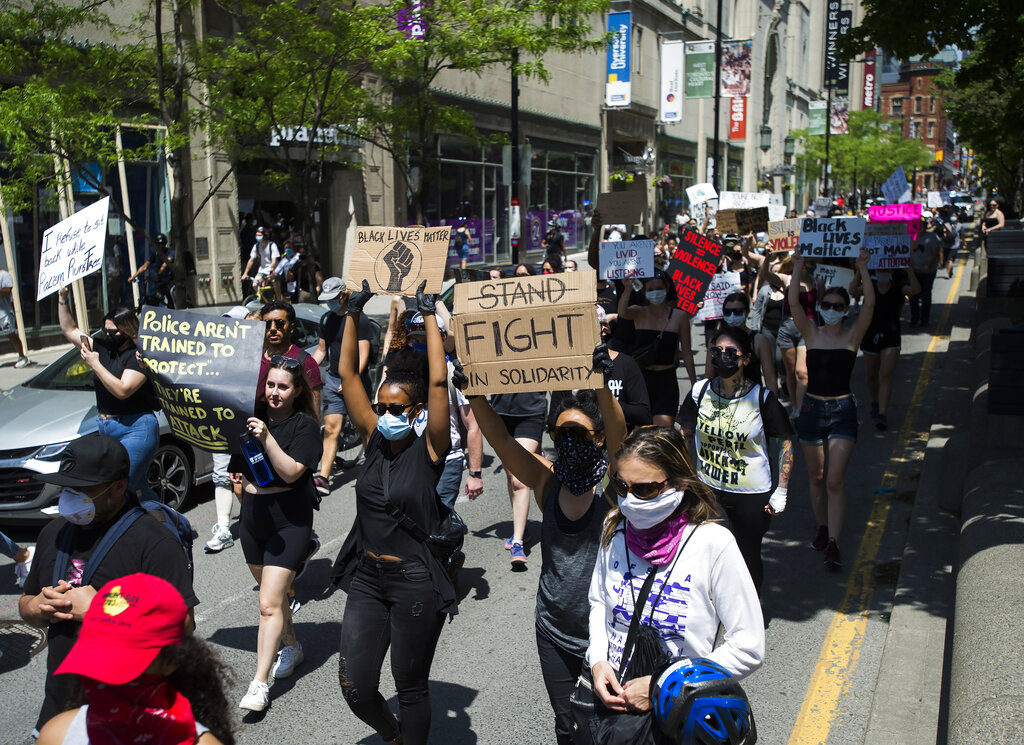 To address the issue, the Ombudsman said steps need to be taken immediately with Police in the U.S. publicly fronting up and take responsibility of their actions by dealing with officers involved.  He pointed out the public also needs to be reassured there is zero tolerance on discrimination and unnecessary use of excessive force.

To date the Special Investigation Unit at the Ombudsman’s office has received a total of eight complaints against law enforcement officers this year.

“There have been claims of Police brutality in the past but not to the extent of the unfortunate circumstances that led to George Floyd’s death,” he explained.

“Consistent internal and external oversight on Police activity has proven to be an effective way of curbing the unlawful use of powers bestowed on law enforcement.

“This allows the Office to make recommendations that assist the Police in making responsible administrative decisions that are transparent, accountable, and responsive to the needs of the people.”

The Ombudsman’s office had also pursued investigations on its own motion based on trending systemic issues in the Police and matters that are reported by different media.  Maiava said the office places great importance on the responsibility and functions of law enforcement officers in Samoa.

He said their role is vital to the functioning of democratic nation and protection of human rights.

“Law Enforcement Officers are being entrusted with powers of State to enforce its law and with such powers come greater responsibility and a higher level of accountability,” he said.

The Ombudsman’s Office and the Ministry of Police and Prison have a partnership that has been ongoing for the last 5 years undertaking human rights training with officers.

Maiva encourages the public to report any incidents of abuse of power or police brutality whnevre they encounter it to Police P.S.U. unit or the Ombudsman’s Office on 25394.