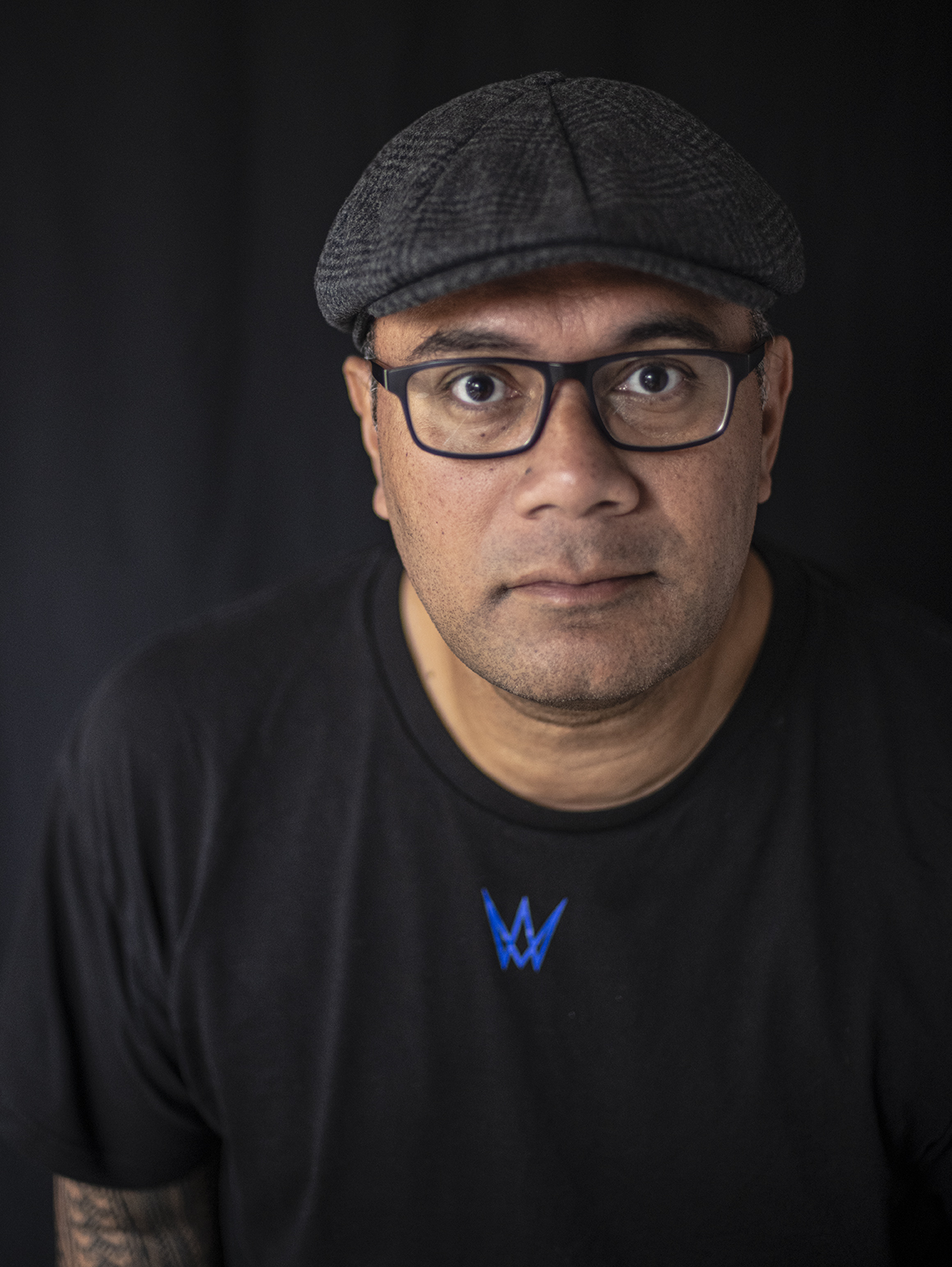 The Auckland Festival of Photography awards an Auckland-based artist annually with the opportunity of a new creation which will later be exhibited as part of the festival celebrations.

The Auckland Festival of Photography is a city-wide contemporary art and cultural event which takes place within Auckland's major galleries, project spaces, non-gallery venues and public sites during June each year.

Raymond Sagapolutele was born at Middlemore Hospital in Otahuhu and spent his early years in Invercargill and Waikato. His family came back to South Auckland in 1980 and he’s been a proud son of Manurewa ever since.

Raymond’s responses to questions from the Samoa Observer was that he first got into photography by playing around with a camera they had at home and some of his early photos were both awesome and hilarious.

“Mum and dad always had a camera in the house, they weren’t anything fancy and it was either a Polaroid or those weird thin Kodak cameras that used 110 film – they looked like those skinny little cameras you’d seen in spy films,” he said

“I didn’t take it seriously as part of my practice as an artist until around 2003 when, at my wife's insistence I took a couple of night classes to learn how to shoot, develop film and print. Since then, the camera became another way for me to frame stories.”

He had originally wanted to be an astronaut as a kid or a pilot. However, as he got older he found that art was a new way to fly. He found that the freedom art gave him and a chance to create something was always enjoyable.

“Photography became part of that creative need to express pretty late into my artistic journey; I was thirty-two when I picked up the camera. There’s an instant satisfaction that comes from photography now, the digital age has made it so much quicker to see what you’re doing,” he added

Some of Raymonds famous works like Siva Samoa and Poly Swag provides a documentary of the progression of arts in the Samoan culture. He says that taking photos of his family was given as he would take his camera everywhere when they had special occasions.

He had touched on the more personal aspect of his practice in the earlier days when he started shooting nocturnal landscapes around South Auckland.

"Those mages were about the land I was connected to during the hours I felt most open to seeing it – even if that was 2 am in the morning," Raymond said

According to Raymond, his Siva Samoa images were shot with the intention of creating something comparative as his mum and sister were both dancers but their styles were differentiated by culture and time.

"Mum based firmly in Fa’aSamoa (the Samoan way) and Tia representing contemporary hip-hop. Over time they have come to represent so much more to me, they are reminders of our peoples' resilience and determination to be who we are and at the same time, they remind me of everything I have lost," he said

A lot of Raymond's photography documents natural human life and the human condition.

"When I shoot people or events I don’t want to be seen. I don’t want to style my shoots so that people say – oh that’s Raymond – I would rather that when people look at the image they connect with the people or the event they are looking at," he added

The Auckland Festival of Photography has hugely supported Raymond with his journey as an artist. They are a great platform to share work, refine projects and network with local and international photographers.

"In 2016 they gave me my first taste of international exposure by including me in a group show curated by Rosanna Raymond. That experience connected me to so many people and opened my eyes to the global reality of shared experiences. Many of the people I met I consider close friends and part of my family," he added

He had approached the commission for the Festival from a different angle with the two images created. Based on his ‘Memento Moni’ series, work that looked at how in many Pacific cultures the head is sacred and how this was connected to narratives around his parents.

"I took this and applied it to the festival theme of ‘UNSEEN’ and used it as a platform to raise awareness of the struggle of the indigenous people of West Papua against what some see as the occupying presence of Indonesia," he said

Raymond's advice to aspiring young pacific photographers is to learn the basics of photography and then break every rule if you want to.

"A camera is just a tool as much as a paintbrush is to a painter, you are the artist and it’s what you see or what you want to say that’s the real heart and soul of your work. One other pointer I would say would be to shoot, shoot and keep on shooting," he added