A number of women are turning to baking as an extra source of income for their families during the coronavirus (COVID-19)-driven economic downturn.

Two mothers Sina Tausisi and Sisilia Tupou Eteuati as well as Vaoala resident Esther Collins, have all been affected by the economic downturn brought on by COVID-19, which has either resulted in less access to income for their families or loss of employment.

But having already equipped themselves with baking skills since their childhood, they have decided to get back into the kitchen and put their skills to good use, which they hope would benefit their families. 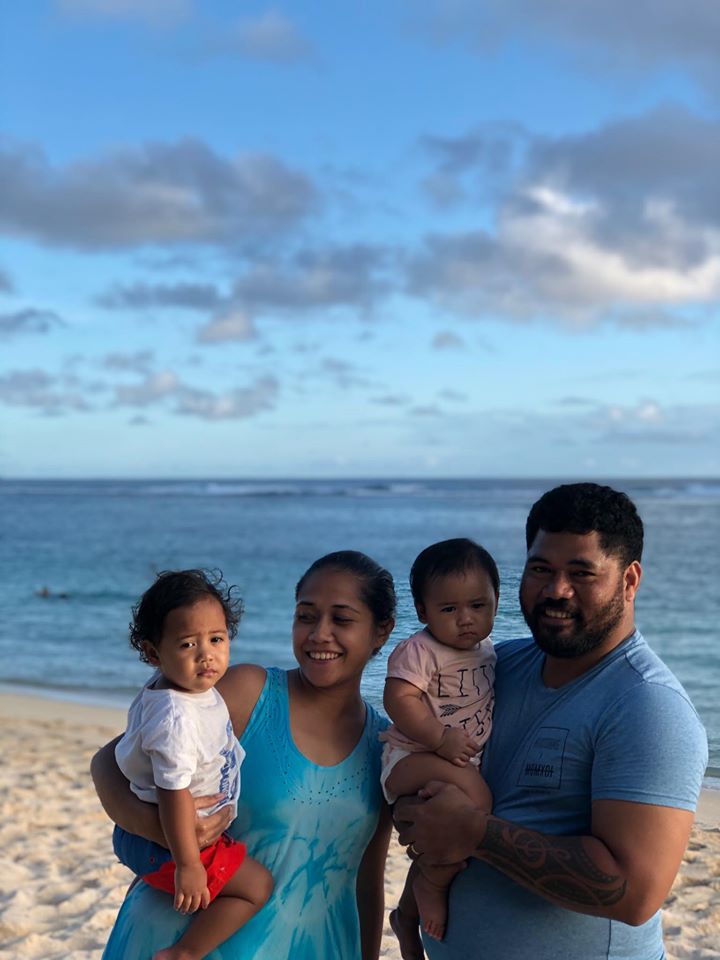 Mrs. Tausisi, who has two children and is two-weeks pregnant, told the Samoa Observer that baking is now her family’s only source of income.

“I stayed away from work before the lockdown for my pregnancy and since then, it’s been challenging to seek another job,” she said.

Having left her job a month ago at Sky Eye Ltd, she has realised that there is a demand for home-made pastry products and her baking menu now includes scones, muffins, brownies and cakes.

Four weeks on, her business is doing well and even her husband now stays home to assist where he can.

When asked by the Samoa Observer how she has kept it going, she said the secret is in budgeting her income wisely.

“It’s all about the budget now because we’ve had to change a lot and adapt to these changes like seeking help from our overseas families and that’s how we’re carrying on week by week,” she said. “But now is also giving us the chance to be independent and to make sure we have spending cash every week for the kids and the petrol money.

“It’s changing the way we live, a different way of earning money and working and basically we’re working from home which is less stressful in a way.” 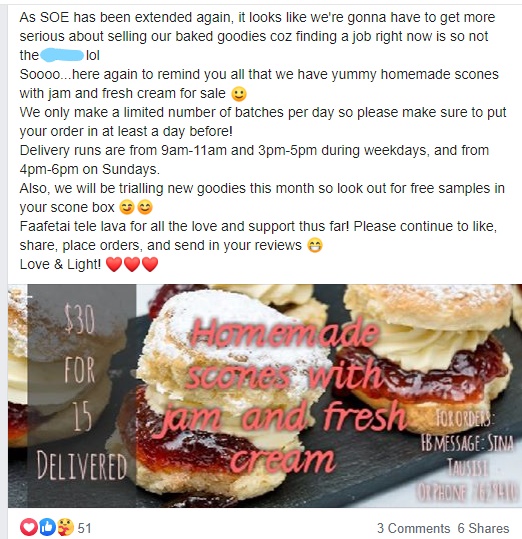 The mother from Vailima makes two deliveries a day and whatever she earns is for her children and puts food on the table for her family.

For the Ministry of Health (MOH) staff member, Ms Eteuati said she was finding it difficult to earn extra income during the lockdown, and decided to take up baking as an alternative form of earning some extra money.

“Ever since I started baking and selling brownies, I now have extra money when my pay is finished. Furthermore, I know for a fact that the disease has brought many families together for example, parents get to spend more time with their children at home, families now get to cook and eat together at home without relying on fast foods to name a few,” she said.

Growing up, Ms. Eteuati said she and her sister observed their mother, when she baked at home and she is thankful for the skills that she has learnt from her childhood days.

Ms. Eteuati has encouraged families who are experiencing financial hardship during the economic downturn to strive for self-reliance.

“Find out what your God given talent is and be the best you can be at it. Don't wait for help to find you, it is more fulfilling to experience the fruits of your own sweat instead of relying on others and doing nothing.” 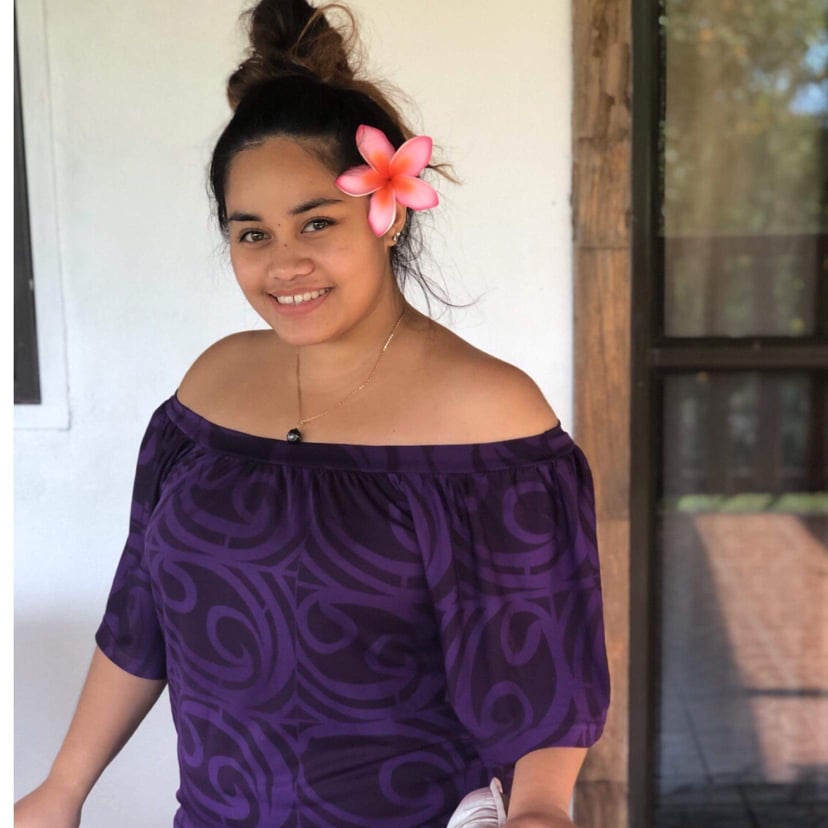 As for Ms. Collins, she still remembers her first attempt to bake a cake in Year 7 as part of a food technology class. And there has been no turning back for her, in terms of her love for baking.

Two months ago she did a refresher course in baking as the economic downturn took its toll on the country’s economy. And while she is still employed, the extra earnings from the sales she has generated from her baked products helps the family in these difficult times.

“To anyone struggling to earn in these hard times, use your talents to earn a living. I believe that everyone has a purpose and is good at something,” she added. “Whether it be making handicrafts, painting, cooking, baking and whatever else don't be afraid to take that risk and put it out there. At first I never thought people would buy my treats but as people started ordering and I started receiving great feedback I stopped doubting myself. We all start somewhere.

“If you're afraid of criticism, don't be. Let that be a challenge to do better and be better.”

• This article previously reported that Vaoala resident Esther Collins is a mother which is incorrect. Only Sina Tausisi and Sisilia Tupou Eteuati have children.

'Stories of me moving inconceivable': Leala

The Faleata No. 3 Member of Parliament, Lealailepule Rimoni Aiafi has shut down reports that he planned to switch his support to the rival party, Fa’atuatua I le Atua Samoa ua Tasi (F.A.S.T.)