He has a very big family of six brothers and eight sisters.

According to Fereti, he grew up in Ili'ili and Manu'a although he didn't spend much time in Sapapali'i, he says it represents his overall identity.

"It's where my dad grew up, where he was nurtured prior to migrating to American Samoa where he met my mom," he said

Fereti said he had other things going on in his life that he never considered being a rapper but had always admired people who rapped.

"When you think about it as a talent, the yelling and screaming and trying to catch your breath at the same time, it is a lot of work," he added

"I grew up listening to Mr. Tee, Vaniah Toloa, Zipso and Poetic and when you actually listen to the lyrics, it has meaning and I thought if they can do it, I can too."

He says that what is happening in Samoa through social media where the youth are claiming they are in gangs and the increase of domestic violence against women led him to launch his first single.

"The lyrics of my music which I wrote with the help of my brother Fa’apouli Posky Feagaimaali’i solely touches the core issues of what is happening home, my Samoa," he added

"Watching those young men and women beating up children and claiming they are gangs, newsflash for you all, there are no gangs in Samoa. It will never happen, go back to school, earn a degree and get a job to care for your parents."

Another issue that Fereti finds heartbreaking in Samoa is the increase in domestic violence cases.

"Why is that happening? We are founded on God, and the principle of life is love and that taught in the bible. Real men don’t hit women, because it is wrong and disgusting," he said

"My parents have been married for close to 40 years and my dad has never, not once laid a hand on my mother and that lesson was instilled in me and brothers is never to hit a woman!

"Also, I have eight sisters and we address these issues head-on, luckily they are smart and educated women, they know when to get out of an abusive relationship because no man is worth your life."

He hopes that through his music he can spread positive vibes.

Fereti acknowledged the support of his family in America, Pago Pago, Sapapali'i and especially his partner Tanya Time. 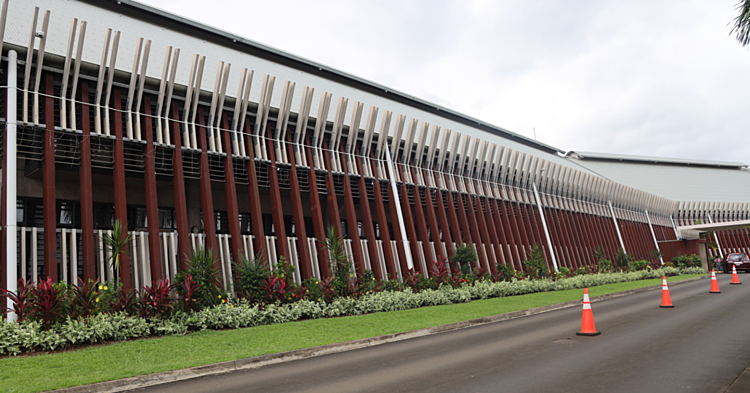 The Ministry of Education, Sports and Culture (M.E.S.C.) has emphasised the need for better-qualified teachers in response to recent debates about problems with educators in Samoan classrooms.