A senior lecturer at the National University of Samoa (N.U.S) has commissioned a book which he hopes will fill the gap in locally-written educational material.

Ta’iao Matiu Matavai Tautunu, who is with the University’s Centre for Samoan Studies, has announced the availability of the hard copy of a book titled “Olo’o iai Satan i lou fanua faamolemole tuli ese” which was initially published online in 2015.

The publication is based on the trials and tribulations that Samoans face in their daily lives from the period of their forefathers to the 21st Century, and will be used as a resource in local colleges as well as university level education.

In an interview with the Samoa Observer, Ta’iao said the hard copy publication was initiated, not only due to the pleas of old Samoan online readers but also the lack of resources in Samoa’s educational system.

“Because I often work on the Ministry of Educations’ curriculum review, I understand and have learned that there are not enough books for the students in terms of their research and so forth, especially the literature for the Years 12 and 13,” he said. “Since the online publication of this book, we have gained so many readers locally and abroad and they pleaded for a hard copy of this book which they’d rather read than on the screens which hurt their eyes, especially the elders.”

Matiu then used as an example books that were published in the 70s that had foreign authors, but were still translated to teach Samoan children.

“For example, the books that were published in the 70s like the ‘O le Tulipe Uliuli’ or ‘The black Tulip’, ‘O Sinapati le seila’, those were written by foreign authors in France and other countries which we translated to teach our children in relation to our customs and traditions,” he emphasised. 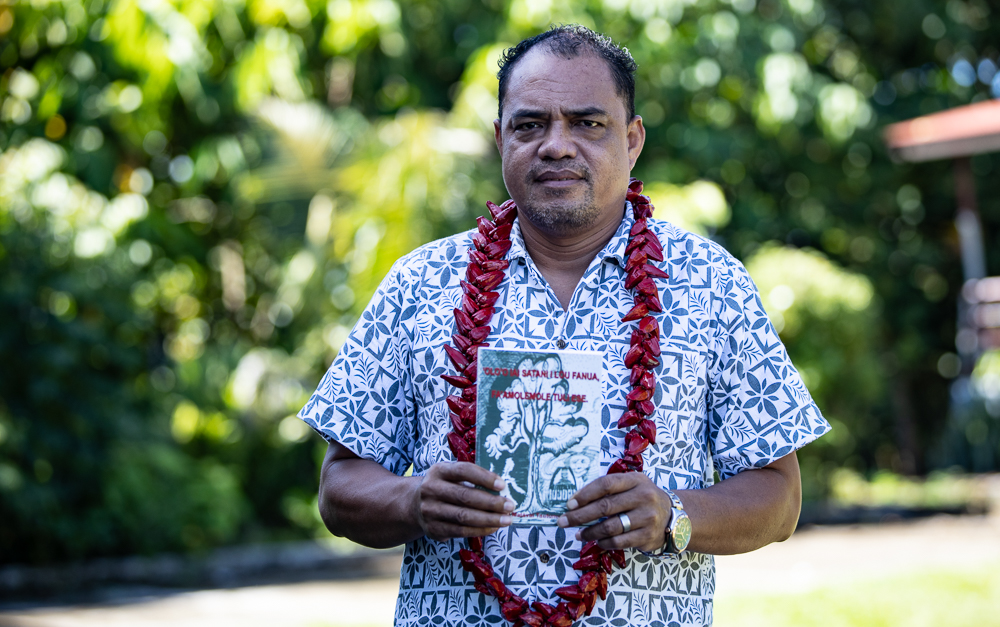 “But the problem is we don’t have any tulips in Samoa and the children kept questioning, what are tulips? So we should also encourage the young Samoans to be motivated in writing locally about Samoa, write in the Samoan language and write about the Samoan people.”

“We live by our language and culture on a daily basis and so this book is another encouragement and my message to our young ones to research into our customs and traditions and why they’re important,” he said. “And I think this is another way to encourage the children of our nation, to push them to revitalise the essence of our Samoan culture.”

One example highlighted in the publication of the trials and tribulations that Samoans face is the issue of domestic violence within families.

“All those things are also stemmed from the temptations of Satan,” Matiu said.

Other examples covered are conflicts between families over chiefly titles (matai) and the land, and discrimination within families, villages, churches and the Government.

This is Matiu’s fourth publication and is the outcome of a five-year project. It was edited by Ainslie Soo and Dr Silia Pausisi.