The National Emergency Operations Centre (N.E.O.C.) is silent on the details of who gets to quarantine at home, with questions put to the Chairman on Tuesday still unanswered.

Ulu Bismarck Crawley and his N.E.O.C. staff have not explained what should be readily available set down policy on the quarantine criteria and process nor how much passengers are being charged should they end up in managed quarantine in a hotel.

Specifically who gets to quarantine at home rather than bunker up in a hotel has been a point of contention.

There has been no clear Government policy outlining the details for any hopeful home-stayers in New Zealand looking to return to Samoa.

Also not clear is how security personnel and health workers monitoring the quarantined passengers, either at home or in hotels are protected against potentially taking any virus home with them.

Photographs taken at the airport when the second reparation flight landed in Samoa last Friday show health workers in open back single use aprons and uncovered shoes. 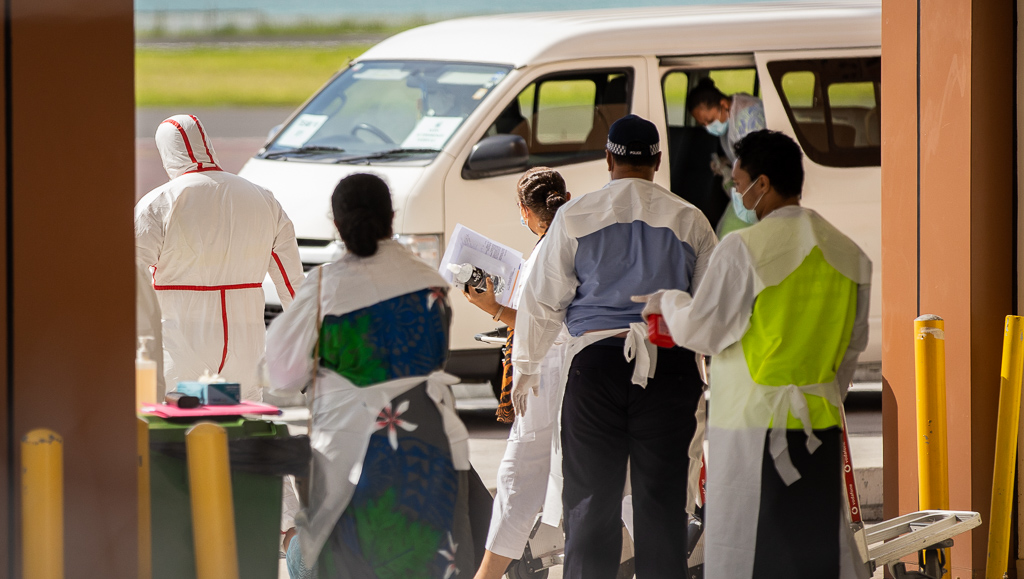 Also at the airport were N.E.O.C. photographers and staff dressed in full protective coveralls, including their head and feet.

The government has yet to reveal exactly how many of Friday's passengers were permitted to head home for their two week isolation, nor how many have applied to be afforded the privilege, nor whether they will be accepting such requests again.

“We don’t have any police officers attached to quarantine sites where people are assigned to their homes, only the hotels,” he said.

“We are working together with private entities watching these quarantine sites, and we do random patrols and sometimes we put one or two of our people in there to do extra security at locations, but definitely not in the homes.”

Sparse details on the arrangements were revealed on the 89.1 FM Morning Show last week.

Director General of the Ministry of Health Leausa Dr. Take Naseri said people who are self-isolating at home made requests to Government weeks ahead of their arrival in Samoa. 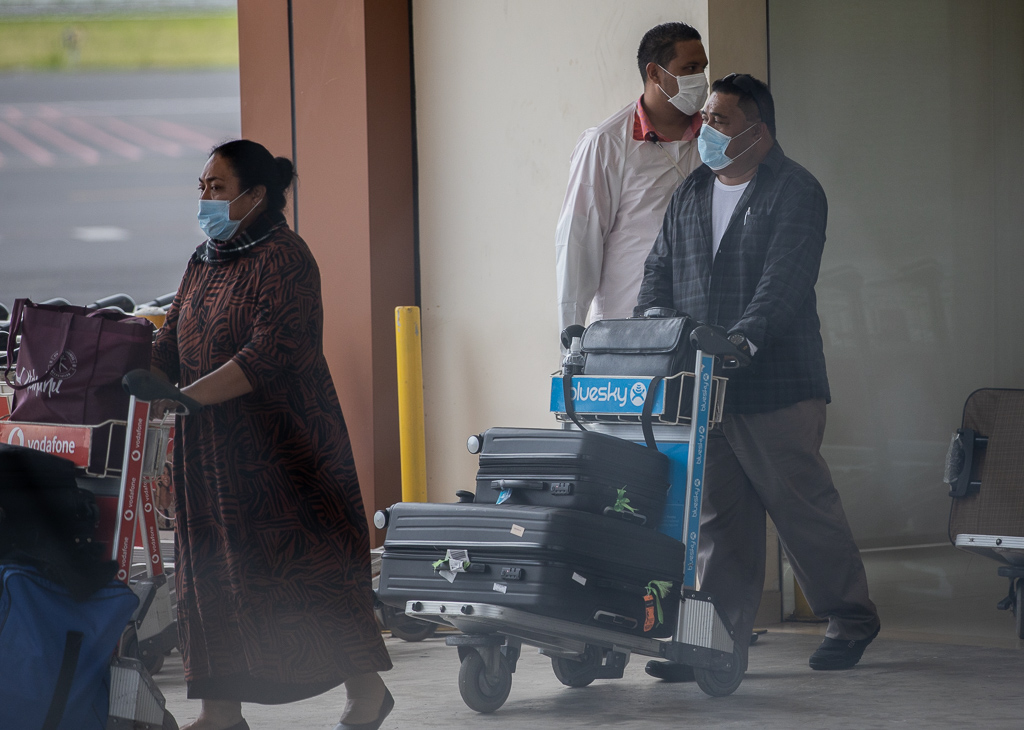 The Ministry of Health used the time to inspect their homes and consider how “reliable” their self-isolating would be.

The hotels were chosen for their proximity to the hospital and whether or not they had air-conditioning units per room instead of centralised air conditioning, which he said was a health risk.

Meanwhile Cabinet is entertaining having incoming passengers pay for their 14-day hotel stay, which may see a surge of at-home isolation requests.

In the latest amendments to the state of emergency orders, new stipulations over quarantine costs state that the costs of quarantine may be “partly or fully” taken on by a passenger.

It’s a move Tuilaepa signalled in an interview on Radio 2AP on Saturday 23 May, where he said it may be time for passengers to share in the cost of being put up at a hotel for a fortnight.

Dr. Tara Kirk Sell, Senior Scholar at the Johns Hopkins Center for Health Security said people tend to cope better with the trouble of quarantine if they can be at home.

“It seems hard to ask people to pay for a hotel and if the Government is paying for it that can get tricky but if you have people at home and you are able to support them with groceries that is actually a better situation,” she said.

“You can’t quarantine people and then say you are going to be here for two weeks and there is no support system for that.”

The next repatriation flight for returning Samoan citizens is scheduled for Friday 12 June, after the first group of passengers are scheduled to be released from quarantine.

A three-day workshop was conducted in Savai'i last week to train young Koko (cocoa) farmers and address the return of many young people to their agricultural roots since COVID-19.

“Other than the Assistant Attorney General, only two prosecutors are able to conduct assessor trials and two prosecutors are able to conduct hearings unsupervised. “As such, a prosecutor would conduct between two to three hearings and also appear for sentencing, bail applications and other preliminary hearings and applications. “The complicated nature of some hearings requires lawyers with in-depth knowledge of the law as the prosecutorial skills to ensure the matters are properly presented in court.”