The Teuila Taxi Service at Malifa owner, Tuioti Utu Tunufai, told the Samoa Observer that it was the first time that his taxi service has had a uniform since its establishment close to five years ago.

He said their receiving of their uniforms on Independence day is part of their celebration of Samoa turning another year older.

"We received our uniform just in time [for] Independence day so this is our celebration. It's almost six years since we started our taxi business and so far so good," he said. 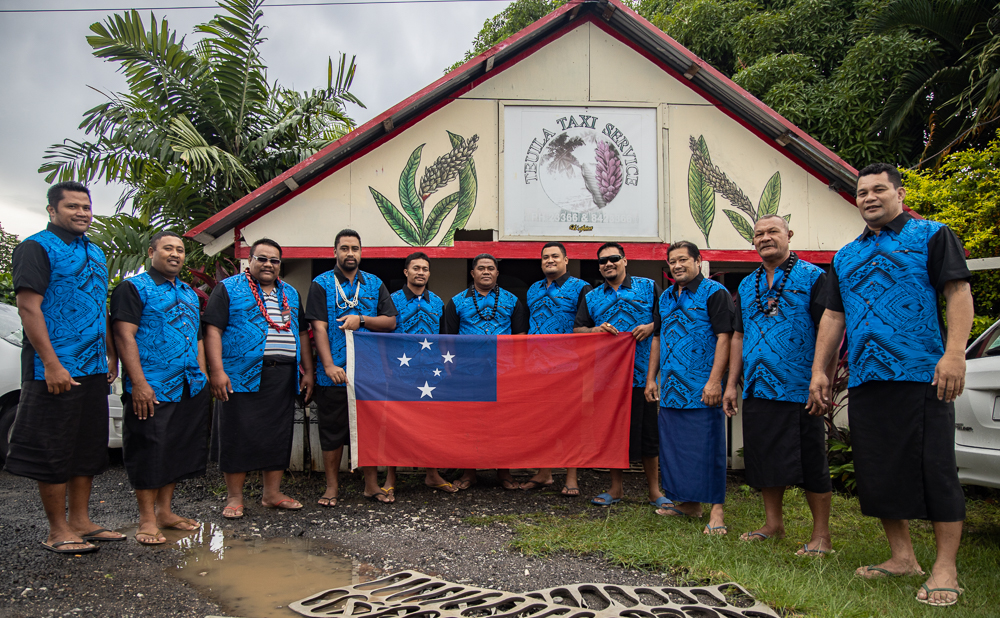 "As we all know, during Independence [day] there are lots of students, public servants and other people who go to the march [or] hang around with their loved ones, so our taxis usually starts taking passengers to Mulinu'u around 4am and hardly any of our vehicles are found here at our stand on Independence day.”

And while it was a day to celebrate receiving their official uniforms, the business environment remains unchanged despite the lifting of state of emergency (S.O.E.) orders, with Mr Tunufai revealing Independence this time around was quiet unlike previous years when it was always busy.

The Teuila Taxi Service was established on October 25, 2015 by Mr Tunufai and his wife, and due to the lack of agreement on what they will call the stand, his wife settled on the name teuila.

"The teuila is the name me and my wife had agreed on to name our taxi service, because we believe that the teuila is one of Samoa's number one plant and Teuila Taxi Service's goal is to be Samoa's fast, reliable and number one taxi service," he added.