Independence Day in 1962: A trip down memory lane, remembering the week long celebration

A young shows off his pride in Samoa becoming independent (Photo: Supplied )

Samoa’s first Independence Day was celebrated for a whole week.

While the official formalities started on Monday 1 January 1962, on the last day of 1961, Sunday 31 December, the celebration kicked off with prayers and thanksgiving services throughout the nation, records show.

On Monday, 1 January 1962, the day started at 9am at Tiafau with the solemn independence ceremonies where speeches were made and the flag was raised. This was followed by a School Marching Competition under scorching heat at 2pm.

The programme for Tuesday 2 January 1962 kicked off at 9am with the unveiling of the Independence Memorial at Mulinu’u before traditional presentations, including Taalolo. This included lots of singing and dancing. 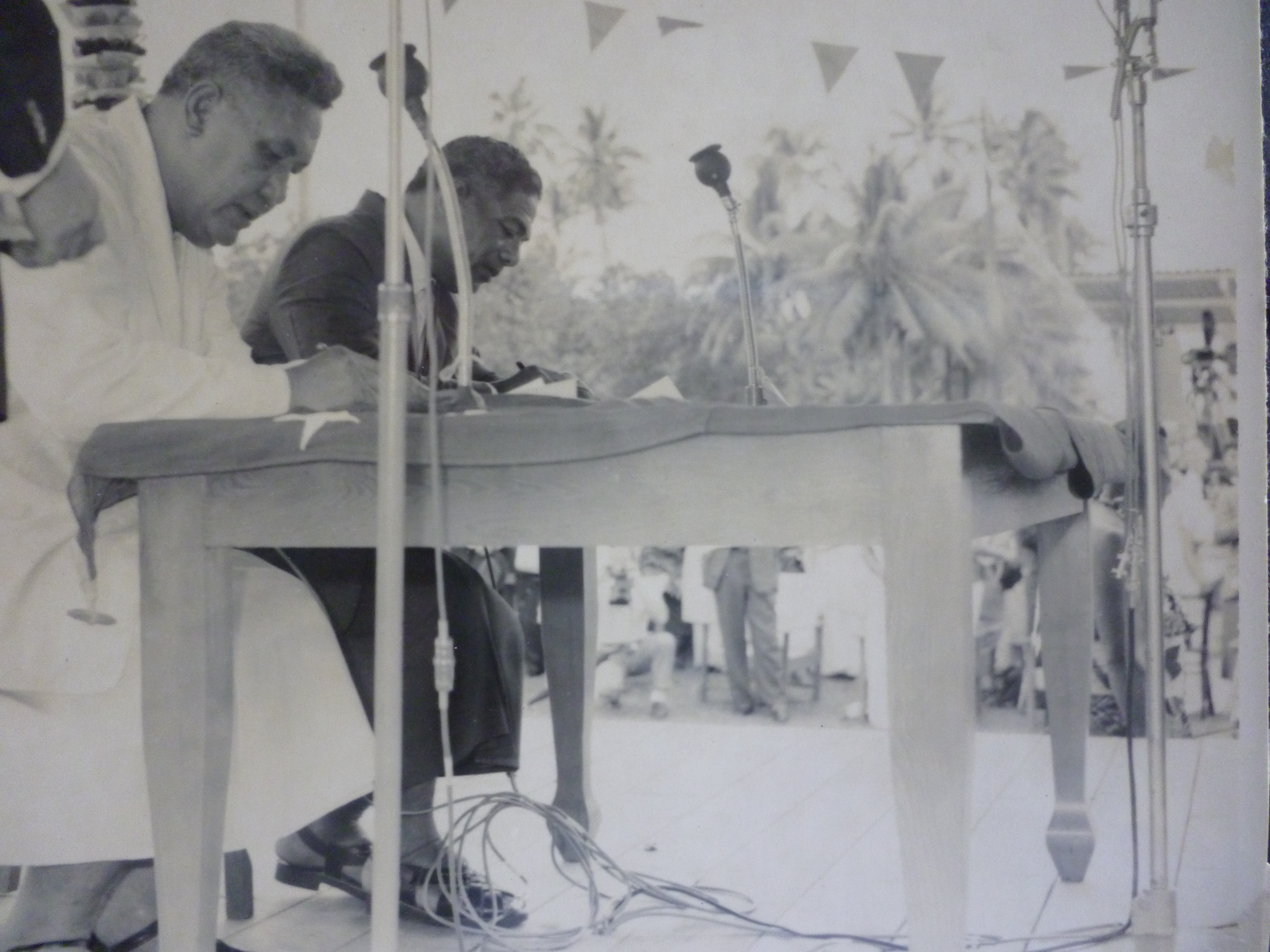 At 2pm, a school’s siva competition got underway.

A Grand Parade of decorated floats opened the formalities on Wednesday 3 January 1962. This was followed by the Independence Day Race meeting at what was then known as the Apia Turf Club.

At 8pm that evening, Samoa was treated to a spectacular Fireworks Display from a Passenger Jetty.

On Thursday 4 January 1962, the day started at 9am with the Brass Bands Competition at Apia Park. This continued in the afternoon, except this time was the Marching Brass Band competition.

At 9.30pm, the Independence Ball was hosted at Vailima where international guests and who was who of Samoa mixed and mingled the night away.

The last day of the celebration was Friday 5 January 1962, which was perhaps one of the most popular. The Samoan boats regatta started proceedings at the Apia Bay at 8am. This was followed by the Athletics Meeting at 1pm at Apia Park. 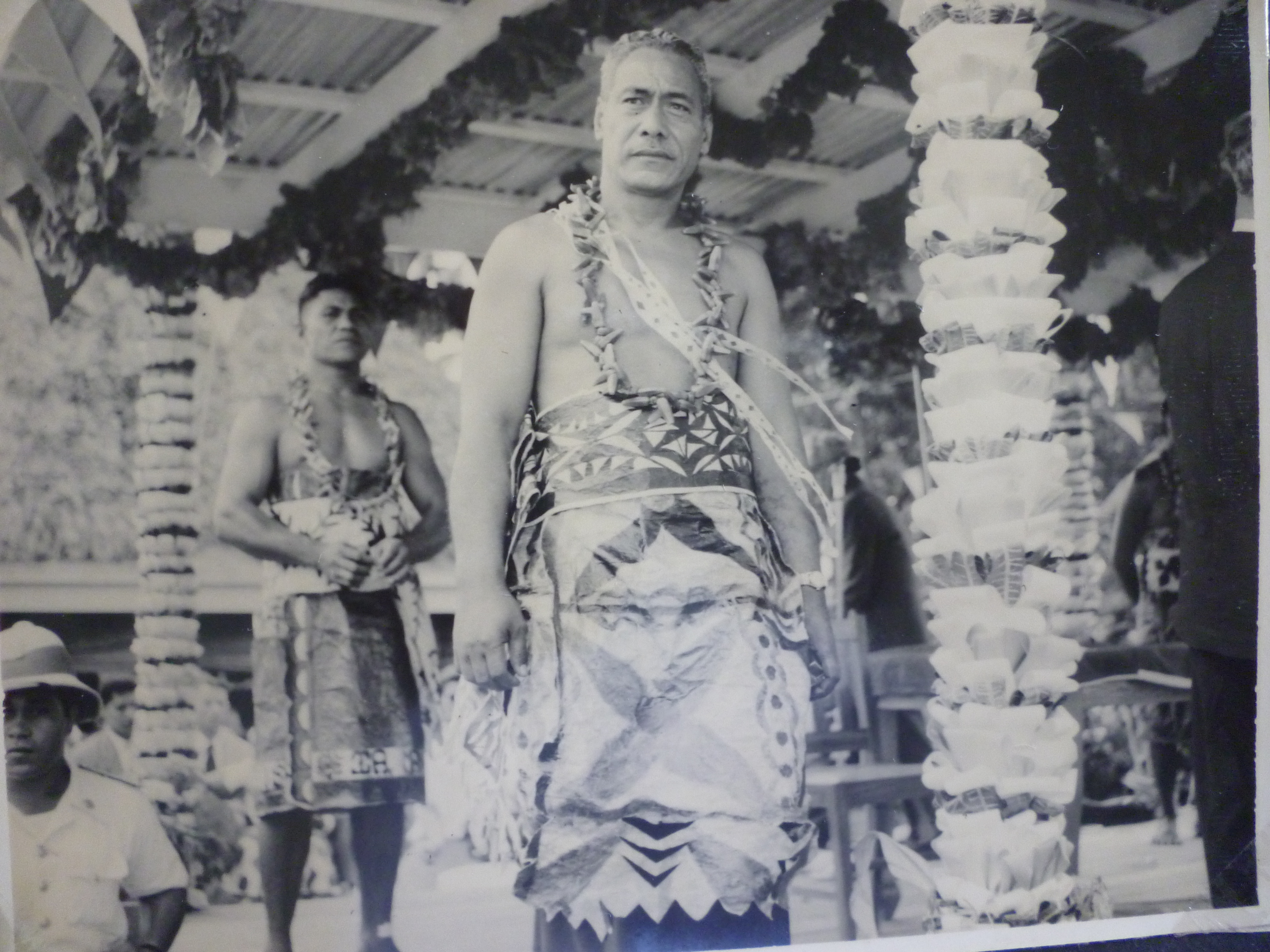 The last act was the Garden Party at Vailima, which also brought down the curtain as the closing ceremony.

During the flag raising ceremony, among the speeches was that from His Highness Tupua Tamasese. This is what he said:

"Praise be to Almighty God, Your Highness Malietoa Tanumafili II, the Hon. Prime Ministers, Representatives of the various Nations, Your Excellencies, Your Honour the Chief Justice and Members of the Judiciary, Mr Speaker and. Hon. Members of the Legislative Assembly, Distinguished Guests, the dignity of Tumua and Pule, Ituau and Alataua, Aiga-i-le-tai and Vaa-o-Fonoti, the dignity of Sua and Vaifanua, Fofo and Aitulagi, Faatui and Tootoo, Representatives of the various Religious Denominations, ladies and Gentlemen, Boys and Girls:

It is only fitting and proper at this very momentous occasion that we must, first of all, praise Almighty God for His great blessings and guidance which enable Samoa to achieve its aim which has been a long aspiration of its people. We know that this is a very important historical morning in our history for it is today we have realized the long standing wish and aspiration of our country in the attainment of our self-independent State.

As it is related in Scriptures Ladies and Gentlemen that, “Hope realized is the Tree of Life,” and such is only true of this morning’s occasion. We know that in attaining our self-independent State today it was no easy task for all those patriots and heroes of the country who have paved the way through in order to attain independence, your heritage which is a God given right. In your hands Samoa lies the supreme authority of your own government, and it is up to you - each and every one - and in particular the leaders to do your duty and do it well.

A word to the young generation of our country. It is in your hands that lies the destiny of a successful Samoa in future, and it will be a matter of duty for you to bring forth the torch of freedom in order that it will shine in all corners of the country as a whole. There is a very well - known saying by one of the famous statesmen that “Freedom is the prize of vigilance”. As I have said that God has given us this very memorable day to remember and it is only hoped that our motto will indeed be a reality in that “Samoa be founded upon God”. It will be up to each and every one of us to bear the burden of our future State and it is right therefore for us to do everything in accordance with the Will of God. 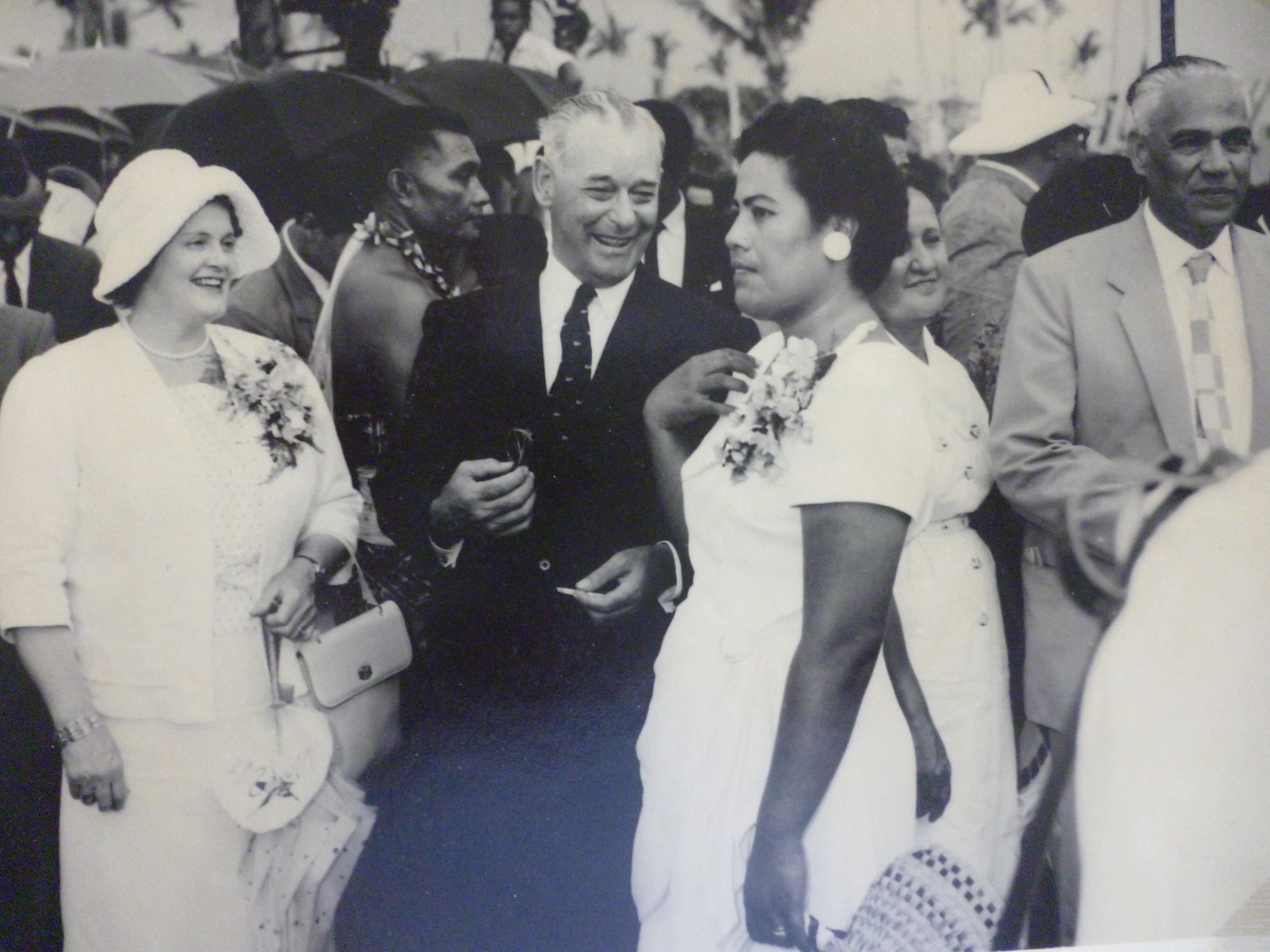 I also wish to offer my thanks to the various Heads of States, and Heads of Governments in various nations, who have expressed messages of good wishes and congratulations for this occasion. Remember Samoa, who had ever dreamt  that the hundred nations which comprise the membership of the United Nations Organization would agree unanimously to terminate the Trusteeship Agreement which has been enforced in your country up till now, and thereby giving you the full authority to govern your own affairs. And again I would reiterate that we are deeply honoured by the presence of the various Representatives from our Polynesian families in the South Pacific and their presence has made this occasion a very great and dignified one indeed. 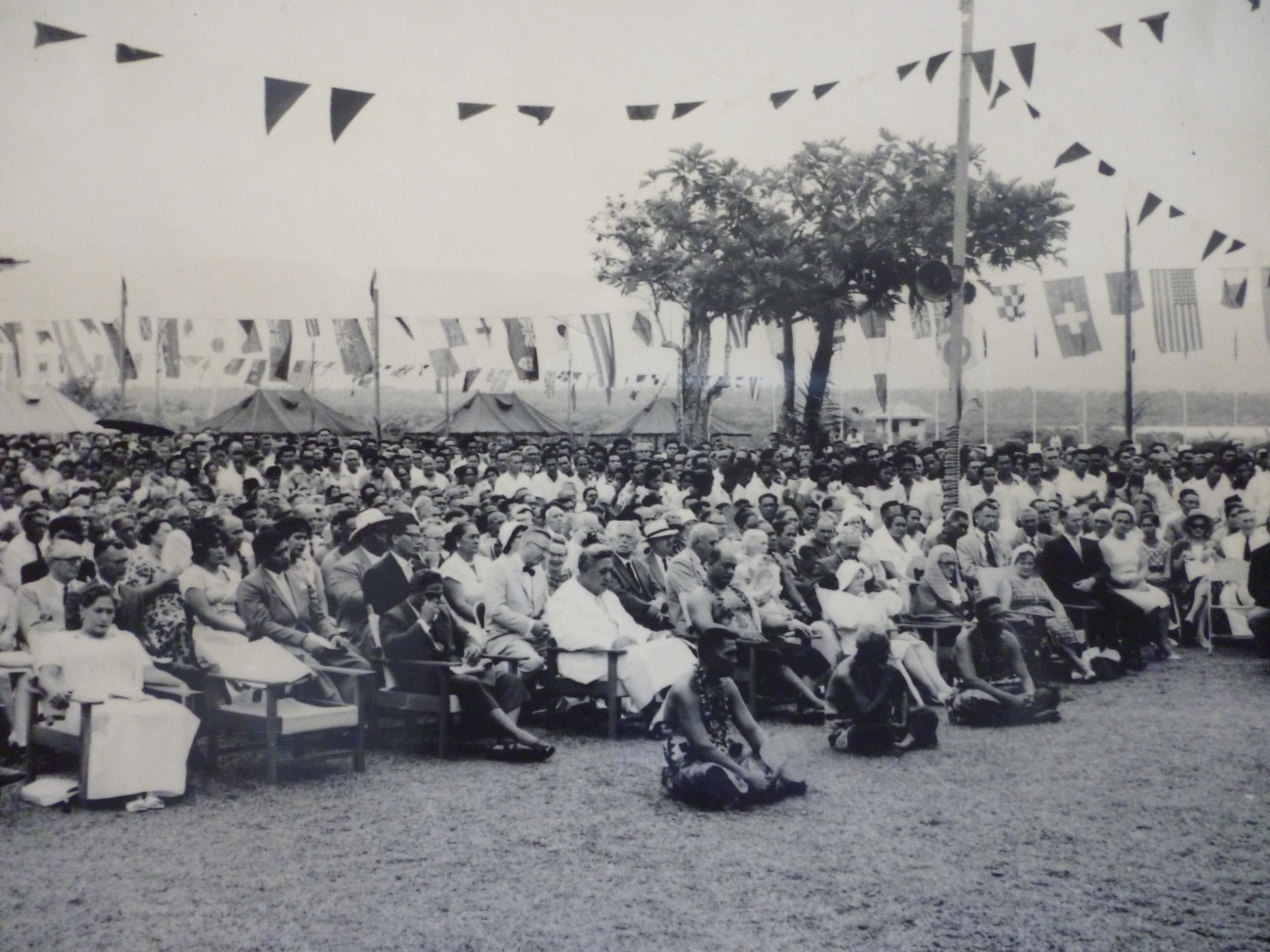 And on behalf of the Government and people of Samoa, I would like therefore to ask the Right Hon. Prime Minister to take back with him to the Government and people of New Zealand the most sincere thanks and heartfelt gratitude of the Samoan people for your able guidance during the forty odd years in which you have administered our country towards independence. If, however, during the forty odd years of New Zealand administration there has been some differences of opinions and errors inexperienced, I would now ask that we must forget and forgive. Our parting therefore is just like the parting of parents and their child who has become of age.

I instance this example because of the reference in your remarks that we will be standing on equal basis among nations of the world but, of course the fact remains that the association which we have had over the forty odd years will never come to part. And I would therefore again wish to convey to you the deepest thanks and the heartfelt gratitude of the Samoan people to the people of New Zealand, both to the pakehas and the Maori communities. Pray God that He will watch over the nations of the world so that peace and harmony will always prevail. And I also wish to thank the Representatives from the various Pacific Islands, and it is hoped that by witnessing this occasion it will serve as a Torch such as the one in the Olympic Games so that it will shine to corners of the Pacific Ocean. 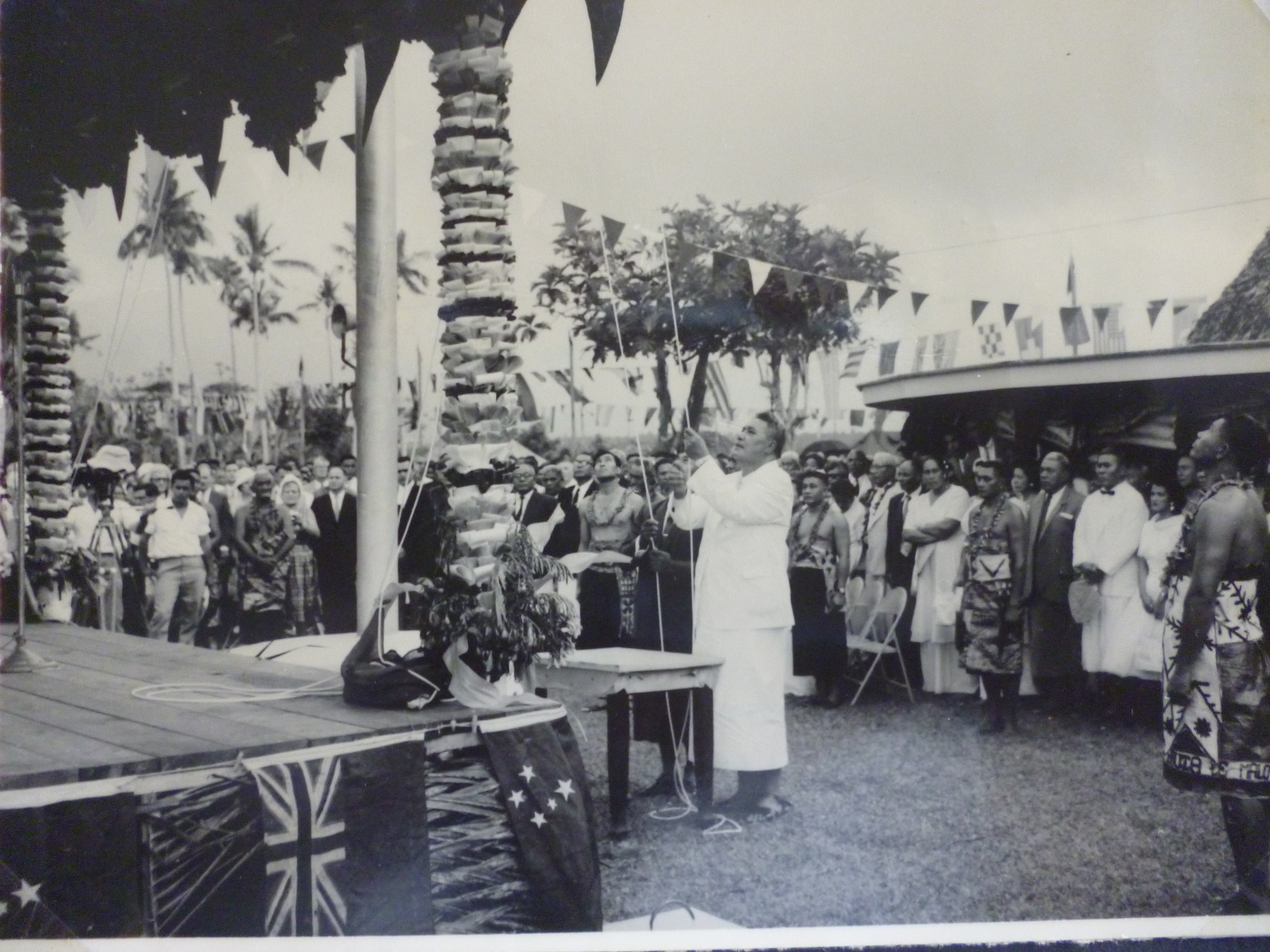