More than 140 passengers touched down at the Faleolo Airport on Friday. (Photo: Aufai Areta Areta)

This was confirmed by the Chairman of the Health and Emergency Operations Centre (H.E.O.C.), Leausa Dr. Take Naseri, during a radio show on Saturday morning.

The Samoa Observer could not confirm how many passengers have been allowed to self-quarantined.

But among them is historian, Meleisea Malama Meleisea, who wrote in a Facebook post: "I am quarantined at home. The Police and Ministry of Health people visited today and now two security guards on duty round the clock… quite unnecessary.”

Calls to the Head of H.E.O.C. on Saturday were unsuccessful. The Sunday Samoan understands that are several others who have been allowed to go home.

Leausa, who is also the Director-General of Health and the Head of National Emergency Operations Centre (N.E.O.C.), Ulu Bismarck Crawley, confirmed on the 89.1 FM  Morning Show that not all passengers are locked down in quarantine at designated locations.

Previously, Ulu revealed that 15 sites had been cleared as quarantine sites for the arrivals. 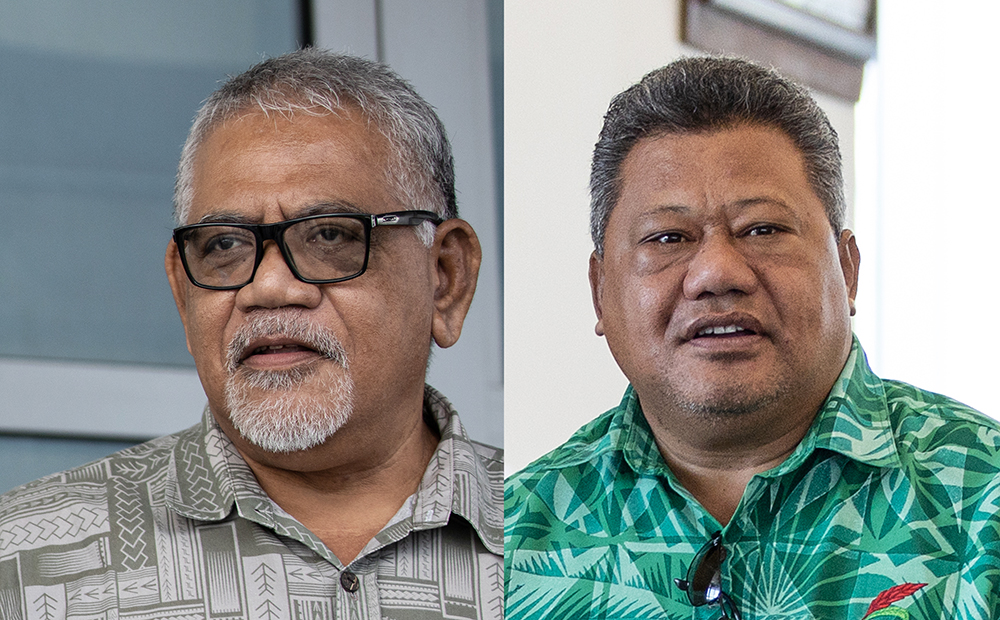 Leausa revealed that there are stringent conditions for a passenger to be isolated at home.

He explained that those who are being held under quarantine in their own homes made the request weeks ahead of time.

Request made in advance allowed the Ministry of Health to assess their request and visit their family homes to consider the possibility and “reliability” of an effective self-isolation at home.

He did not specify how many were afforded the opportunity to undergo self-isolation at home.

Those who are quarantined at home each have an assigned security guard and a medical team that visits every day, added Leausa.

Additionally, the conditions of the hotels as designated quarantine sites were also under review and assessment by the Ministry, Leausa said on 89.1FM.

“Advice is taken from the Head of the Samoa Tourism Authority for relevant [hotels] and we, Ministry of Health assess and consider the recommended options.

“A location that is accessible, close to the hospital, if they have any guests and most don’t have any, another is the air condition. Some hotels have a centralized air, while others have air con for each room and that one is better. Above, all is safety.”

Not all 150 intended to fly to Samoa were able to board the aircraft as they did not meet the necessary requirements.

Another repatriation flight of Samoans from New Zealand will be arriving in two weeks time.