Ueli Tapu of Saleilua recalls his experience of the 1962 Independence Day as a teenager. (Photo: Areta Areta)

Seventy-five year old, Ueli Tapu, said the historical cancellation of Independence celebration this year should be used as a period to reflect.

Although he understands why the Government had to cancel its Independence celebrations, he cannot help but reminisce to when Samoa celebrated its very first Independence day.

In 1962, Mr. Tapu was only a teenager: A seventeen-year-old who followed his village elders to Apia where the flag of Samoa was raised for the first time.

In an interview with the Samoa Observer, the father of nine children said he remembers walking all the way from Saleilua Falealili via Tiavi, to where celebrations were held on January 1, 1962.

He prides himself as being a part of the first group to sing traditional songs during the celebration entertainments on the day. 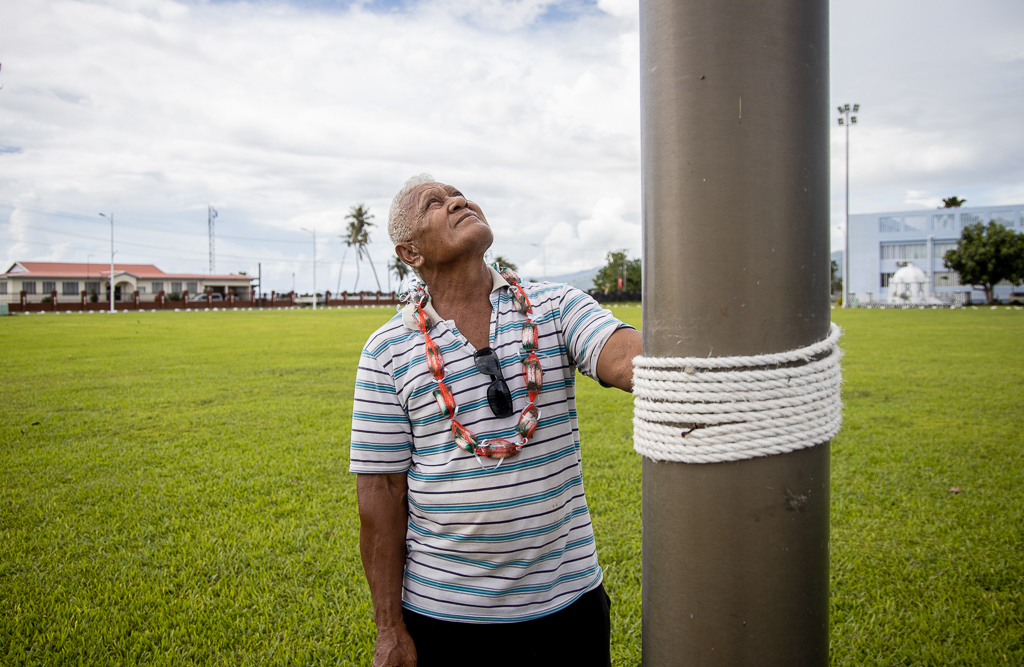 As a teenager, Mr. Tapu recalls a week-long celebration and a "big and happy" event.

He recalled elders from the village and other men from the same district walking together enthusiastically and cheerfully before the breaking of dawn.

"Everyone was so excited. It was a literal celebration,” he said.

“In those times, there were already buses, but most of us actually walked, making our way into the small town of Apia then because there weren't many buses back then anyway.

"We came through the Tiavi road, years before the Tiavi road was tar sealed. There were so many of us who walked together because our district performed traditional songs.

"At the time, my peers and I for most of the celebrations that day were mucking around and making the most of our time in town.

"It was a celebration to be remembered for sure."

Asked what his advice would be to the young people of Samoa today, he said it would be to learn how to appreciate the freedoms citizens enjoy today.

Mr. Tapu wishes he knew then what he knows now.

It was not easy to fight for independence, he said.

As a youngster, independence was not the most pressing thing on his mind, until he became educated and told of the struggles Samoa faced until its independence.

Mr. Tapu also wished to acknowledge and congratulate the Government for their proactiveness to ensure that Samoa is safe from the novel coronavirus.

"All this cancellation is understandable. We may get another June 1st to celebrate our Independence but we may never get back our people who may be claimed by the virus," he said.

"And for this, I thank the Government of Samoa for their leadership."