A former meteorologist, Sala Tuiafiso Sagato, made the unusual transition from a Government executive to a full-time and award-winning farmer five years ago.

Despite his long career as a public servant, Sala said his passion for farming, which only started as a means of stress relief, soon became his main professional interest.

Since that point in 2015, he has been a full-time commercial farmer.

Last year, Sala won the Samoa Agriculture Show’s Taro Farmer of the Year, also being recognised for the best ta'amu.

Despite his passion, none of his farming achievements come easily, said Sala. 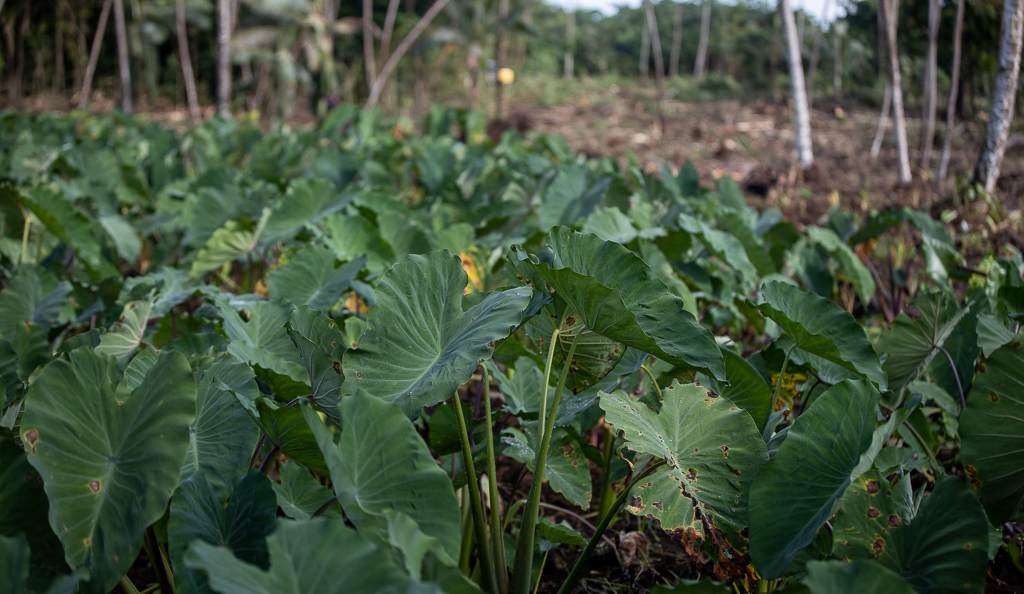 One of the biggest obstacles he faces as a commercial farmer is an invasive and damaging tree: the African tulip (spathodea campanulata), a species native to Africa.

“They grow extremely fast,” he said. “They are a pasture pest, springing up when land is cleared and creating a field of tulip trees with little else.”

Sala said the most work required on his plantation is the clearing and uprooting the pestilent tree.

Due to the invasive species and rocky terrain where his plantation is located, Sala has sought help from the Samoan Agriculture Business Support Service (S.A.B.S.).

Through S.A.B.S., an investment of the Samoan Government to improve access to finance for agribusinesses, Sala was able to buy an excavator to clear land and turn soil for his plantation and assist with African Tulip elimination.

With its in-built shade tolerance, the invasive plant can sprout in an intact, shaded forest, before it invades and dominates the landscape. Other invasive species, by contrast, depend on disturbances and light gaps to gain a foothold.

According to the S.A.B.S. Project Manager, Lene Fau, the project is now in its sixth year.

Commercial farmers such as Sala say that the project is a great opportunity to leverage finance at attractive rates. 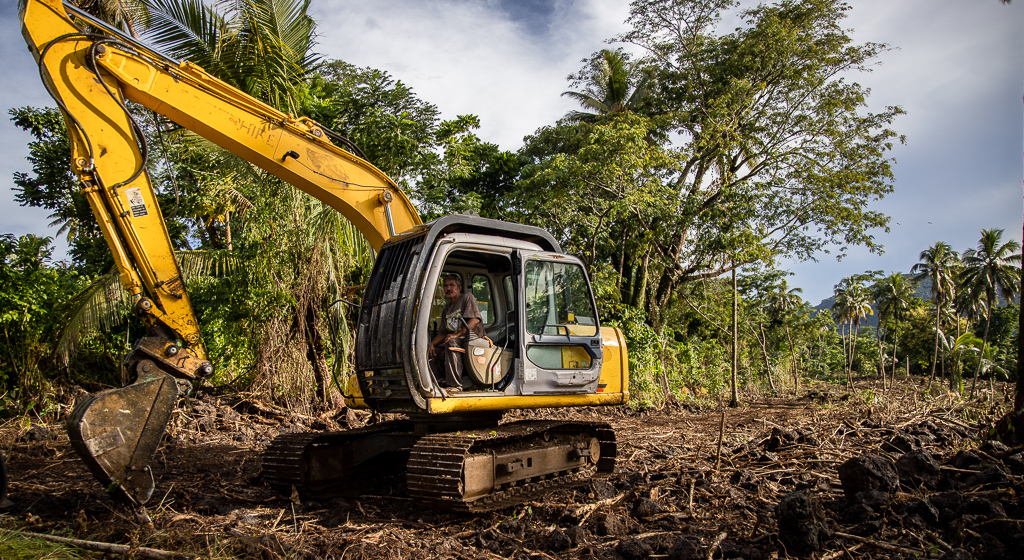 Sala has been doing business with S.A.B.S. for nine months, but he says the benefit of the project for his plantation has been almost immediately obvious.

"If you look at the difference between a plantation batch that was planted after the excavator happened, to a batch which was planted straight after manual clearing, the difference is huge. Not only is it neat, but it grows faster and healthier," Sala said.

"And that's the benefit of having the excavator. That's the immediate result of this investment."

Under the seven years of a loan-term, made possible through a grant of US$5 million from the Asian Development Bank, Sala hopes to borrow to buy another excavator and a truck.

S.A.B.S. aims to give farmers time to develop their plantations developments while easing the pressure of financing arrangements.

As an example, farmers who borrowed $100,000 to develop a project, can expect 50 per cent of the amount from S.A.B.S. Some $75,000 is also charged at a favourable interest rate and $25,000 is charged with no interest rate for the seven-year duration of the loan.

When granting loans, S.A.B.S. guides and negotiates on the behalf of clients to obtain the most favourable interest rates, depending on the collateral they put forward as security for the loan.

"For me, the excavator has achieved the primary purpose of why it was brought in; to remove the African Tulips. I could have used chemicals to get rid of it but chemicals in the soil are also bad," he said.

"For little plantations, it could work maybe, but for commercial farming it's hard. It costs a lot of money. This plant requires work more than the actual plantation."