The World No Tobacco Day is normally celebrated on May 31 with the poster competition opened to all age groups this year. The deadline for entries was last Friday, May 22.

The objective of the poster competition is to engage with Samoa’s youth and to use their artistic skills to express their understanding and interpretation of local and international awareness around tobacco, its harmful impacts on the Samoan community, environment, economy as well as the nation.

The judges were impressed with about 30 entries from both Upolu and Savai’i. Ten top artworks were selected, which complied with the competition criteria. The criteria revolved around the type of paper used; tools of drawing or painting which should not represent any particular individual, organization or brand name; and must not depict any religious theme.

According to a press release from the Society, the participating youth were acknowledged for displaying their artistic talent, in their effort to highlight issues surrounding tobacco control as Samoa joined the world to mark World No Tobacco Day on Sunday. 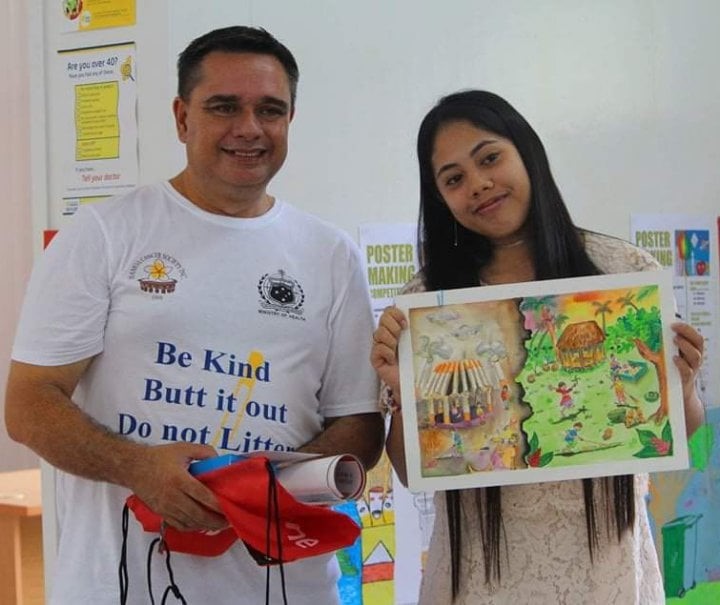 The owners of the 10 selected entries walked away with cash and in-kind prizes from sponsors. Eighteen-year-old Leifiifi College student, Gloria Letuvae was the first prize winner of $500, a phone and a kit from Vodafone as well as a $100 gift voucher from Niu Pharmacy.

She highlighted her position against tobacco and nicotine use through a painting that she submitted to the Poster Making Competition.

Ms Letuvae’s artwork conveyed her concerns of the deadly impact of smoking on the people’s health, which made them vulnerable to cancer and other fatal diseases.

According to one of the judges, her artwork was an excellent visual, artistic interpretation and expression of the damage to the earth and atmosphere caused by cigarettes; the need to work together to bring down the industry; the ‘double entendre’ of the cigarette as a tree-a negative tree causing damage; the symbolism of the rope and sword being the many tactics needed to address the problem; and the colours symbolizing hope. 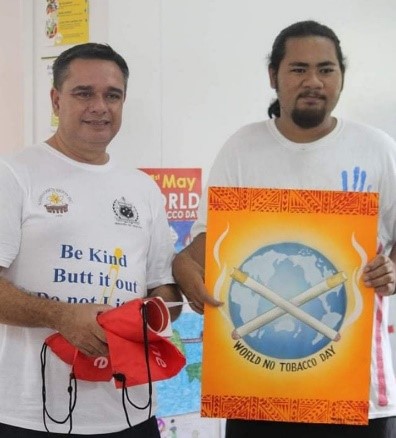 The top ten artists of the poster competition were also given the opportunity to submit their artwork to the Global Media Competition on the theme 'Expose tobacco industry, save the next generation'.