A photo Tui Atua Tupua Tamasese Efi from the past and one of himself today (Photo: Vaitogi Asuisui Matafeo)

As Samoa commemorates her 58th Independence Day, the former Head of State and Prime Minister, His Highness Tui Atua Tupua Tamasese Efi, has paid tribute to Samoa’s forefathers involved in the fight to regain control of Samoa.

The grandson of the late Taisi Olaf Fredrick Nelson, who was one of the founding leaders of the anti-colonial Mau Movement, Tui Atua recalled it was a very poignant day some 58 years ago.

His father was Samoa’s first co-Head of State, the late Tupua Tamasese Meaole with the late Malietoa Tanumafili II.

Tui Atua said he observed happiness and sadness at the same time because of his father’s condition.

In an interview with the Samoa Observer, the Tama Aiga remembered the struggles.

“[During Independence Day] I saw the people that had died, I saw their efforts and I saw their relevance into what we were celebrating,” he said.

“But on the other hand, I was faced with a poignant challenge into my life that I was going to lose my father who was the lead and the anchor of my life and I did not know how I was going to fair.

“It was a very emotional day in many ways not only because of remembering the struggle, the sacrifice the people made, but seeing my father literally dying before you and trying as best he can to reflect the spirit of the hour…”

Tui Atua said his late father was suffering from lung cancer at the time and in April the following year after Independence, he passed away.

His recollection of 1st June in 1962 was the general feeling from people that “at long last, we got our own country back”.

“We struggle for independence, against tremendous odds, and most of the people whose opinion counted in the Pacific region and even outside they despise the independence moment as something you have to deal with and that it will blow away,” he recalled.

“I think a lot of them were surprised to see the turn of events coming to our way of thinking that Samoa was quite capable of how they have their own affairs and should be allowed to govern themselves the way they choose.”

His late father in which the national Moto’otua hospital is named after, Tupua Tamasese Meaole is also remembered for being one of the Fautua on the Constitutional Convention in 1960. 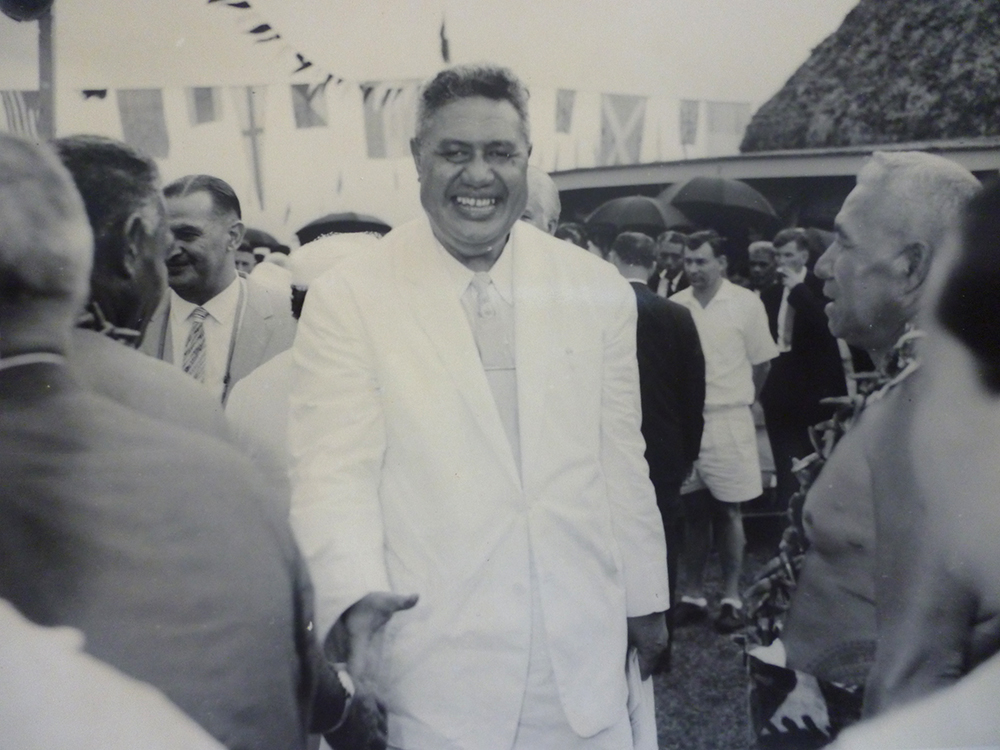 Married to Irene Gustava Noue Nelson of Samoan, Swedish and British descent, Tui Atua said he would always marvel at his father’s insights and wisdom.

He remembered his late mother as someone that was bubbly, alive, and expressed herself more in what she did than what she says.

Tui Atua spoke highly of his late father who not only understood the past but also how to take the past to build a great future when he could take himself away from the pain.

“If you want to know my father you need to read the Constitution Convention because that is the reflection of the kind of person that he was,” he said.  “It was a wonderful thing to hear him articulate, up to now it still comes to me where I’m tested I hear my fathers’ voice, I hear his humility and his patience.

“He would always be part of my reference, my intellectual, and my spiritual reference. It was difficult to focus particularly on the joy [of Independence] and all that happened when you have at the background an awareness that he had not long to live.”

Samoa’s first Prime Minister is the father of senior Member of Parliament of Lotofaga and Cabinet Minister, Fiame Naomi Mata’afa.

“They made a very strong team and leaders,” Tui Atua recalled. “They were lovely couples in their own way. The two of them were something that was very learning and had the people’s touch. The way people responded to them in a way they were warm and loyal.

“Then you have Mata’afa, very dignify and astute person and Fetaui a very alive, energetic, and committed person.”

Masiofo Laulu Fetaui was a high chief and also a Cabinet Minister.

Prior to the flag day in 1962, Samoa’s drive for political independence began in the 1900 when the country was called German Samoa under the ruling of Governor Dr. Wilhelm Solf.

The first resistance movement was formed by orator chief Lauaki Namulauulu Mamoe who was later exiled to Saipan in 1909. 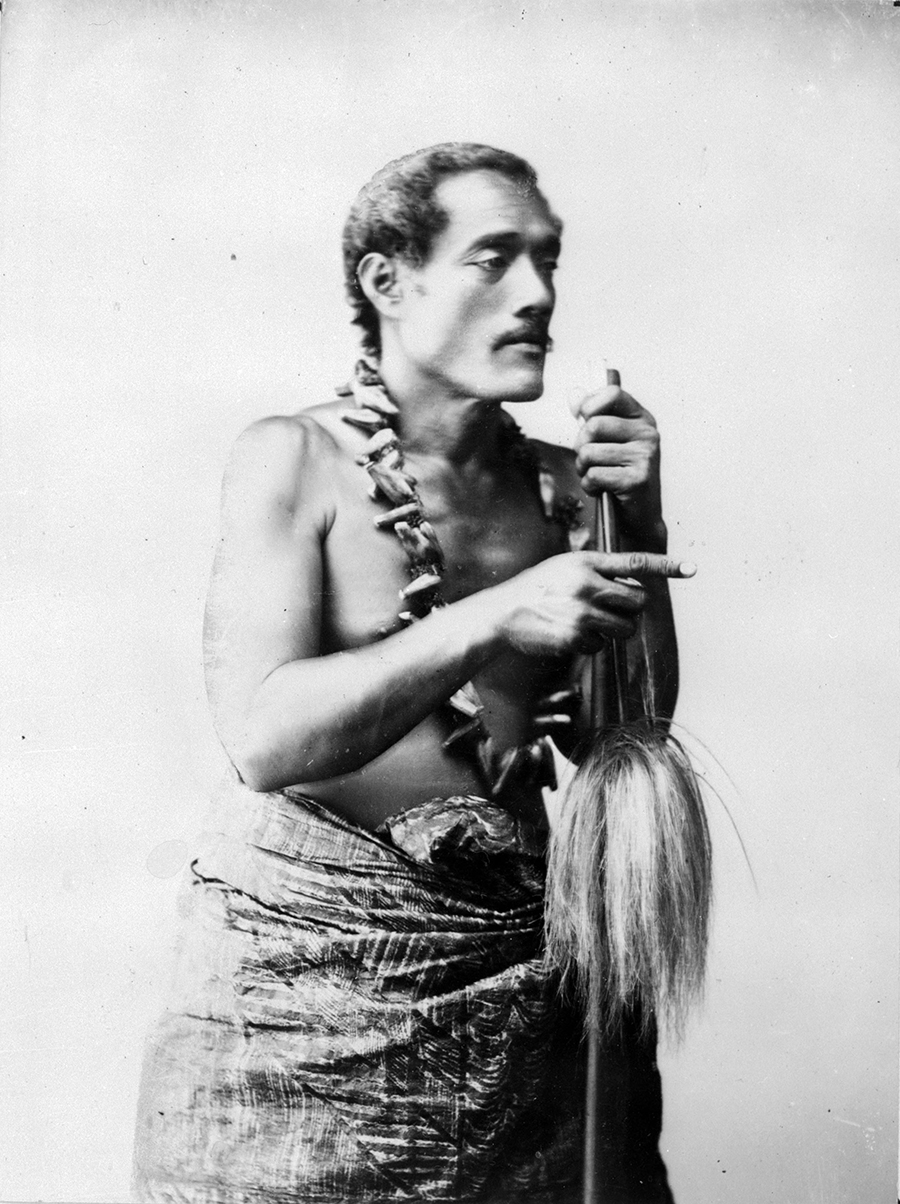 According to Tui Atua, Lauaki was his grandfather’s cousin who had teamed up with him during the resistance movement.

He said that his grandfather Taisi in 1910 had gone off to an invitation of the Kaiser in German but it was only to get him away from Samoa.

“He [my grandfather] found that on the record it was not really an honour [the invitation to German] but a political ploy to keep him away from Samoa,” he said.

“So he teamed up with Lauaki and the reason is they were cousins. For instance, Lauaki people were brought in and got jailed in Vaimea and he [my grandfather] got Vaimoso people to break them out of jail and take them out.

Tui Atua said the German’s did not fancy his grandfather being an Alii Sili (the Highest Chief).

“The whole ploy of that was because they thought Mata’afa was going to die and if he wasn’t here it would be easier to replace him with someone else,” he added.

Following the German’s administration, Samoa was handed over to New Zealand who took over as the new colonialist.

Taisi continued the drive for Samoa’s Independence under the New Zealand’s administration.

Tui Atua remembered that his grandfather who was also a successful merchant was deported several times.

He also spoke about his uncle, Tupua Tamasese Lealofi III who got shot in 1929 by New Zealand police as he was leading a peaceful demonstration in Apia.

“Independence day is when we are not only aware of the living but also the dead,” said Tui Atua.

“My uncle got shot and got killed, my grandfather was deported several times and they did everything to destroy his money base.

“It’s amazing what they did, they rise up in the end with considerable force…”

British American Tobacco Samoa (B.A.T.) has continued its support for local farmers through the provision of gardening tools and training.