The Supreme Court has reserved its decision in the hearing of two men accused over the death of Jeremiah Malaki Tauili’ili in December 2018 at the Edge Marina Bar, Matautu.

On Friday, Justice Mata Keli Tuatagaloa told the lawyers for Herman Westerlund and Suapaina Savai’inaea that she would inform them when she reaches a decision.

Both Westerlund and Savai’inaea have pleaded not guilty to a charge of reckless intent in committing the murder of Tauili’ili. They each face an alternate charge of manslaughter. They appeared before Justice Tuatagaloa on Friday for the final legal submissions, which lasted more than four hours.

In her submission, Ms. Titi argued that Westerlund was guilty. She said he committed an unlawful act, namely assault, by punching Tauili’ili on the night of the alleged incident.

“Prosecution submits that the first two punches by Herman were forceful and caused Jeremiah to fall heavily on the floor, hitting his head on the floor as heard by witnesses,” Ms. Titi said.

She explained that during the trial, witnesses said they saw Westerlund punch Tauili’ili on the face before the defendant and deceased both fell on the floor. Witnesses further said they heard a loud sound described as a “bang” when the deceased fell.

She reminded that a witness told the Court that when Tauili’ili hit the floor, the sound was so loud that it “literally echoed” inside the place.

After Westerlund allegedly assaulted Tauili’ili, witnesses said they saw that Tauiliili was not moving, the lawyer recalled.

Video footage of the assault was tendered as evidence in the trial. Ms. Titi said Westerlund admitted to police that he did punch Tauili’ili. She noted that Westerlund’s second punch aggravated the victim’s fall.

As for Savai’inaea, Ms. Titi submitted, that he was reckless in his assault of the deceased and that he kicked Tauili’ili on the head while he was down and not moving, She said Savaiinaea kicked the deceased man as if he was “kicking a soccer ball.” She said Tauili’ili was vulnerable, unconscious and motionless on the floor.

Savai’inaea kicked him with no justified reason at all, said Ms. Titi. She also also noted that Savai’inaea had told the Police he kicked Tauili’ili to wake him up from his unconscious state.

“He was brain dead,” Ms. Titi said, adding that the injuries which led to the victim’s death were caused by Westerlund and Savai’inaea.

Perkins said Westerlund had acted selflessly by stepping into an argument between Rob Ash and Tauili’ili to prevent what would have otherwise been a fight.

“Had they fought, it would almost certainly have been a vigorous fight of high intensity given the level of anger involved,” Perkins said.

QC Perkins claimed that Westerlund could have given up but he did not. He also argued that there was only one punch from Westerlund before he fell to the floor.

“Prosecution has sought to argue that there were two punches before the fall was completed…prosecution are simply wrong about this. There was only one punch,” he said.

Perkins said there were ten eyewitnesses to the altercation but Ash can be deleted from that list. Ash slapped Tauiliili and he was ushered out from the place by security so he did not see what happened.

He said therefore, there were actually only nine eyewitnesses and not one described seeing two punches.

Queens Counsel Perkins maintained that Westerlund’s one punch did not cause Tauiliili’s death.

The evidence, said QC Perkins, shows that the kick was the fatal blow and Westerlund was not in the room at the time.

Leiataualesa, in his closing argument, said Savai’inaea does not deny kicking the victim but he pointed out that it was not a substantial kick.

He said prosecution has not proven beyond a reasonable doubt that Savai’inaea was not the only person who assaulted the deceased.

Justice Tuatagaloa told Leiataualesa that his argument for Savai’inaea was “a very weak argument.”

But Leaitaualesa maintained that his client did not kick Tauiliili with the intent to kill him.

“There was more than one person kicking Jeremiah when he was lying on the floor,” he added.  “Suapaina did not have any reason to have the intent (to kill).”

The kick, he said, was delivered with not much force.

He concluded that the prosecution’s case was contradictory and while Savai’inaea admits to kicking the deceased, he was not the only one.

There was someone else who kicked Tauiliili, Leiataualesa claimed. He did not say who that was.

Justice Tuatagaloa has reserved her decision.

The Samoa Farmers Association Chairman has urged the Government to focus on the COVID-19 pandemic and put other national issues on the backburner. 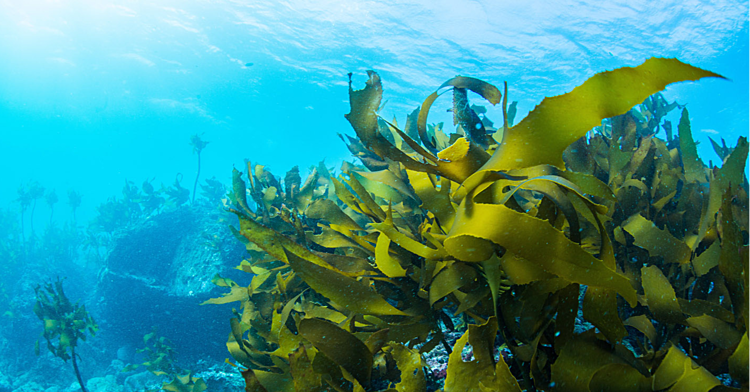 A five-year research project has identified new ways to farm and use seaweed in the Pacific nations of Fiji, Kiribati and Samoa as well as open the door to job opportunities and healthy diets.