The Legislative Clerk, Tiatia Graeme Tualaulelei, has apologised to the media for denying them access into the Parliament building for coverage on the national budget.

The apologies by Tiatia followed concerns raised by the media after they were prohibited from entering the Chamber; and were directed to a tent outside Parliament, without the usual television to view proceedings.

“The [Journalist Association of Western Samoa (J.A.W.S.) are disappointed and surprised with the measures that have restricted access of the media to parliament and covering proceedings,” said President of the country’s journalists’ union, Rudy Bartley.

Since state of emergency policies requiring social distancing of two metres, the area the media usually occupies has instead been used by Members of Parliament.

The only people allowed inside the building are C.E.O.s, M.P.s and Parliament employees. 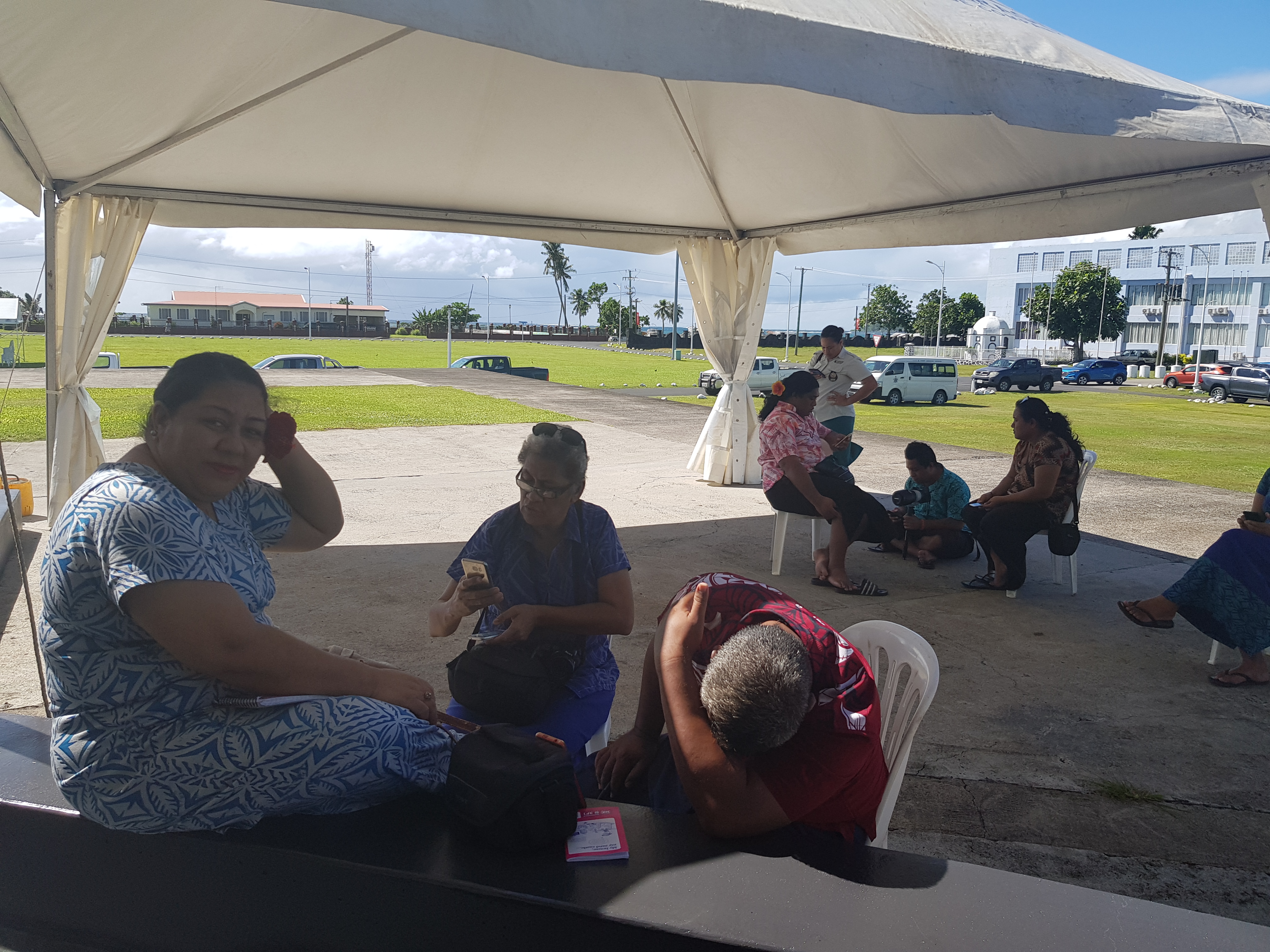 Bartley said J.A.W.S. was not informed of the new arrangements.

“They usually write to us about such matters but [I am] not sure why we were not in the loop,” he said.

“The last time [there] was [a] notice of restrictions due to coronavirus and [then] media were allocated space in the building to cover proceedings.”

The concerns were supported by a veteran journalist, Lagi Keresoma.

“It is disappointing and it should not happen in a democratic nation.  The media's role is very crucial and shutting them out is shutting the people out too. It’s not the first time this had to happen,”  said Ms Keresoma.

“I would have thought the office of the legislative have learnt from the harsh comments made by Prime Minister Tuilaepa when they tried to shut the media out before,”

“Everyone knows the media is the only most effective way of getting the message across to the public,” Bartley said.

“That being said, the media needs to analyse and report on such information so that the public is well informed of what is happening at parliament.

“Media and Parliament all have a part to play for the sake of informing the public on matters concerning them and the country.

That's where we in Samoa should be and we hope the Clerk of the House will share our concerns and aspirations.”

He said even with tents and chairs outside the building for media, exposure to the weather and elements presented a major obstacle to the media completing its work.

“If the issue was media not being allowed access, why not build a special room outside the building (with a view of the inside of the building and audio visual connection) for the media?,| he asked.

“With one-way windows, the M.P.s will never see them being there. The media can do their work properly as they can hear and see clearly the proceedings of Parliament.

“I am still very surprised after years of planning and millions of Australian taxpayers’ dollars spent on the Fono (Parliament) building, no one thought of a media gallery (outside of the building) for this project.

“We should ask Fiji for help with how they set up a media gallery for their Parliament building,” he said.

The J.A.W.S. President said he would write to the Clerk of the House for clarification on these arrangements and request that media be allowed inside.