The women of Leulumoega have praised the Government for the proposed increase of provision for the Ie Samoa Show (Faalelegapepe).

The Minister of Finance, Sili Epa Tuioti, made the announcement in Parliament on Tuesday.

“The Government continues to acknowledge the role of the women and in particular mothers as providers of families,” he said. 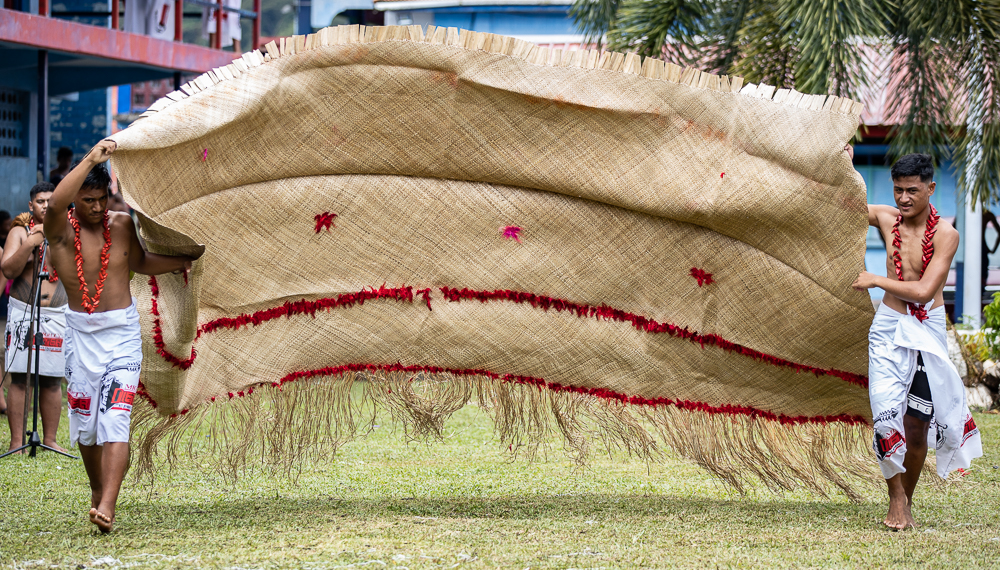 He said the annual provision for the Ie Samoa showcase has been raised to $1 million so that more monies are distributed to women’s committees of each village to assist their families.

“It is the Government’s belief that Samoa’s economy can quickly recover from the effects of this pandemic if we work together to action the priorities and policies laid out for the future development of our nation.

“It is in this regard that the current budget has been built around the theme of ‘Weaving a Prosperous and Secure future for Samoa together’.

“The theme of the Budget clearly highlights the message that the future of Samoa is the responsibility of many and reflects the commitment of the Government for a better tomorrow for all of Samoa and its people.”

A representative from the women’s weaving committee at Leulumoega, Koreti Tupuola, told the Samoa Observer that the announcement was good news for their committee.

“There are around 90 women in the weaving committee but that is great news for us if Government has considered increasing financial assistance into our programme.

“A weaving committee is very significant in any village because the women are tasked with weaving an Ie Samoa that not only has economic value but it represents the very essence of Samoan culture.

“The Samoan fine mats will benefit the weavers especially to support their families. So far, our committee is weaving nine Ie Samoa at the moment.”

She added that their committee strongly believes that in continuing this Samoan tradition of weaving fine mats that has been passed down for so many generations.

“This is our way of preserving our culture and passing it on to the future generations.

“We hope that this assistance by Government will reach all the women’s committee across Samoa to improve the work carried out so we can continue the programme and make it easier to do it.

“Honestly, it is not an easy work, weaving a Samoan fine mat; it takes time, energy and patience but it is a great and humbling feeling when it is completed.”

Efforts by the Samoa Observer to attain comments from the Chief Executive Officer of the (M.W.C.S.D.), Afamasaga Faauiga Mulitalo, were not successful.