A fire and safety drill at Parliament, hosted by F.E.S.A. with assistance from Police. (Photo: Vaitogi A. Matafeo)

A fire drill at Parliament House on Tuesday caught several Members of Parliament off guard, on the day the nation's budget was released.

The Fire and Emergency Services Authority (F.E.S.A.) conducted the drill at Mulinu’u in collaboration with different Government entities.

Immediately after Parliament was in session the drill was underway under the leadership of F.E.S.A's Deputy Commissioner, Tanuvasa Petone Mauga, who declined to comment when approached for comment at the scene. 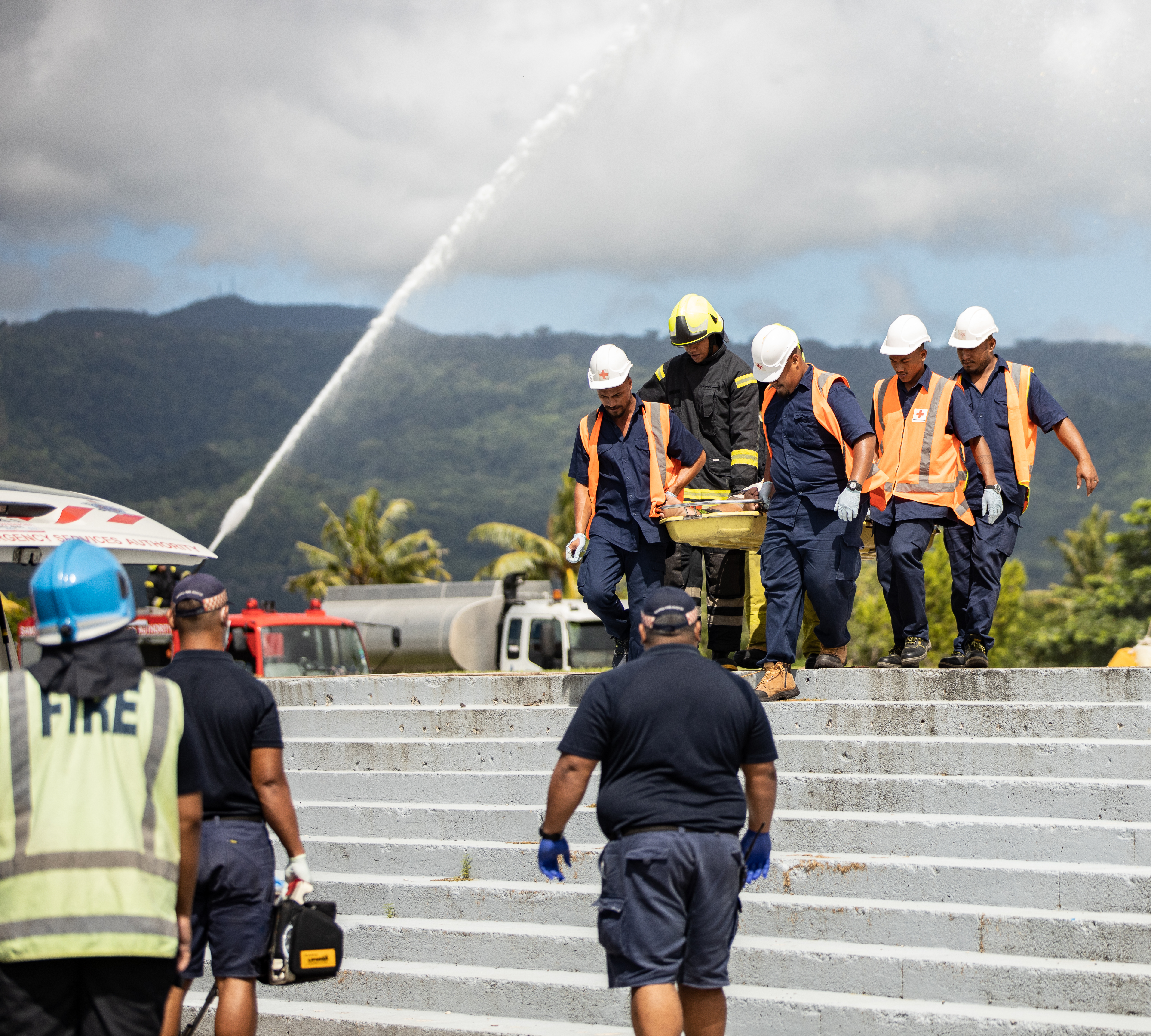 Members of Parliament were escorted to a tent outside the building while the F.E.S.A. responders and Police Officers closed off the area as part of the drill.

The response teams established two fire trucks on either side of Parliament and sprayed down the building. Other teams set up mock casualties while Police patrolled the perimeter of the site and Parliament employees directed members of the media, who were in the middle of interviews with politicians outside the building.