More than 50 members of the S.C.S planted the trees in an open and degraded area in the nearby reserve, which is owned by Fa'amausili Andrew Ah Liki.

Vice President of the S.C.S, James Atherton, said that World Biodiversity Day is an annual celebration to remind everybody of how important biodiversity is for humans.

"The project we are doing there is a project we have been doing for three years on the restoration of that rainforest reserve," Mr. Atherton said.

The S.C.S has been working with the Ministry of Natural Resources and Environment (M.N.R.E) to help restore the area.

"The part of the restoration is tree planting, where you go in and you plant trees in areas that are degraded or open," he said.

"Most of our native birds are found there. So it's a very good place for all kinds of biodiversity including birds, reptiles, land snails and flying foxes and as well as plants.

"It's open to the public and it's a good place to show nature and biodiversity." 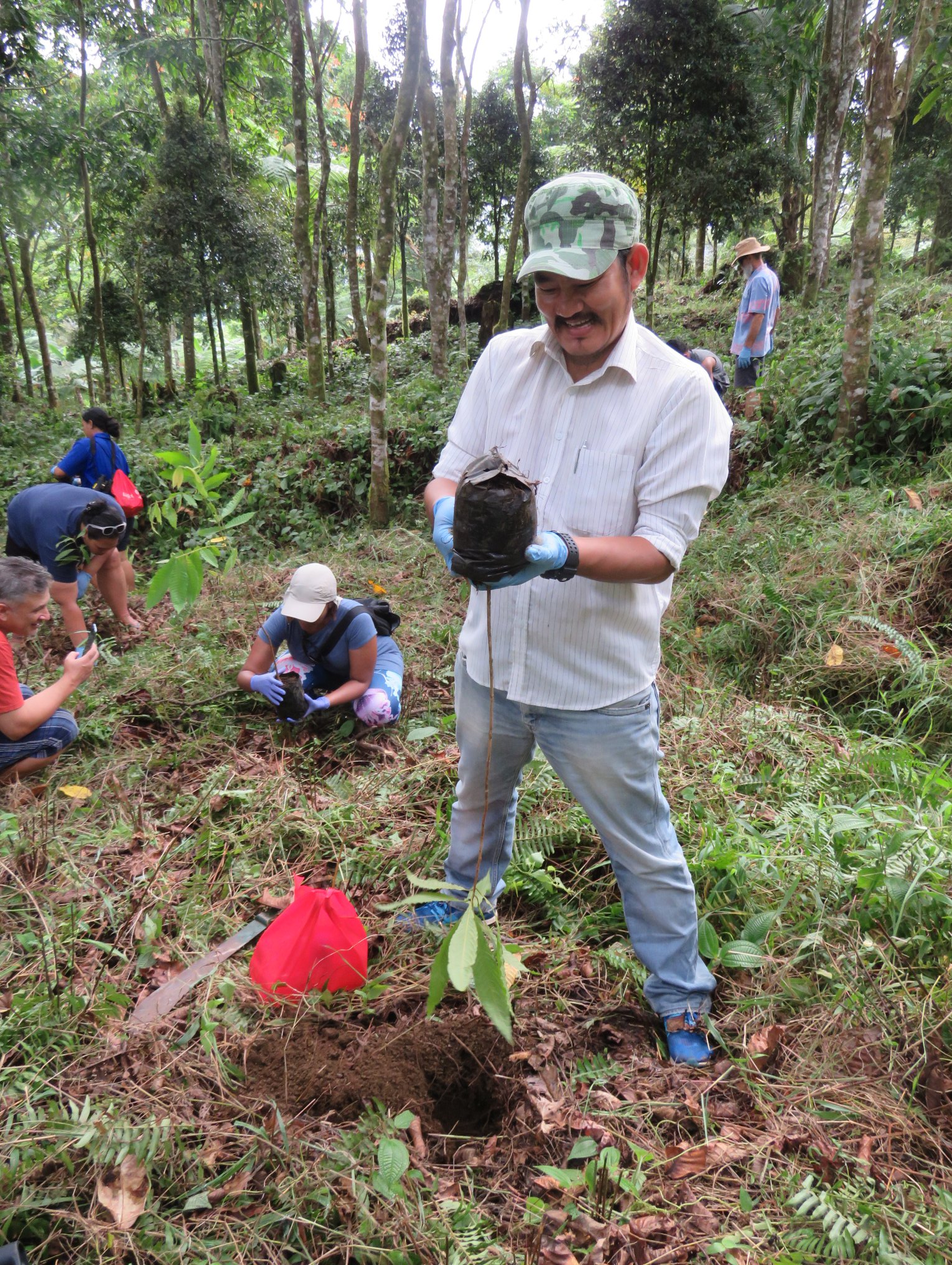 According to Mr. Atherton, they are doing two projects at the reserve, one is planting trees which is forest restoration and the other part is managing the rats.

He said Samoa Conservation Society is in partnership with M.N.R.E. They have been conducting these projects since 2017 to help the native birds, especially the two endemic birds which are the Manumea and the Ma'oma'o.

"People need to learn more about our native species, what's natural, what's native and what's introduced and what the threats are," he said.

He explained that people need to understand the role of our native species as they have a role in the environment in controlling pests and spreading fruits.

"Every plant or animal has some kind of function, people need to first of all, appreciate their importance in terms of what we call a functioning ecosystem," he said.

"It's providing us services and if we don't have native species in the forest they won't be able to provide those services to us which include many things in traditional Samoan Culture like medicinal plants, timber for housing or fuel for firewood or even traditional food from the forest."

He further explained that people need to understand what biodiversity is, what does it mean and what are the native species and introduced species, and then most importantly why does it matter, what is their role and what is their function.

Mr. Atherton gives thanks to Fa'amausili Andrew Ah Liki, M.N.R.E and also the people who turned up to support the day. He stated that the S.C.S would like to do similar events in the future where the public learns about nature such as the birds and do something practical such as planting trees.