Schaffhausen passed away last Sunday while with her family in New Zealand.

Falepauga was a member of the Manu Samoa Sevens team in 1993 when they won the Hong Kong Sevens title. Schaffauhasen was the Manager.

“She has been the cornerstone of Moataa Rugby, Apia Rugby Union, Samoa Rugby Union for a very long time and she has done a lot for other rugby clubs as well, individuals, all sorts of people,” he said.

“She understood how to motivate players, striving for the best, and reward them either through doing shopping or giving the whole team extra allowances or bonuses. 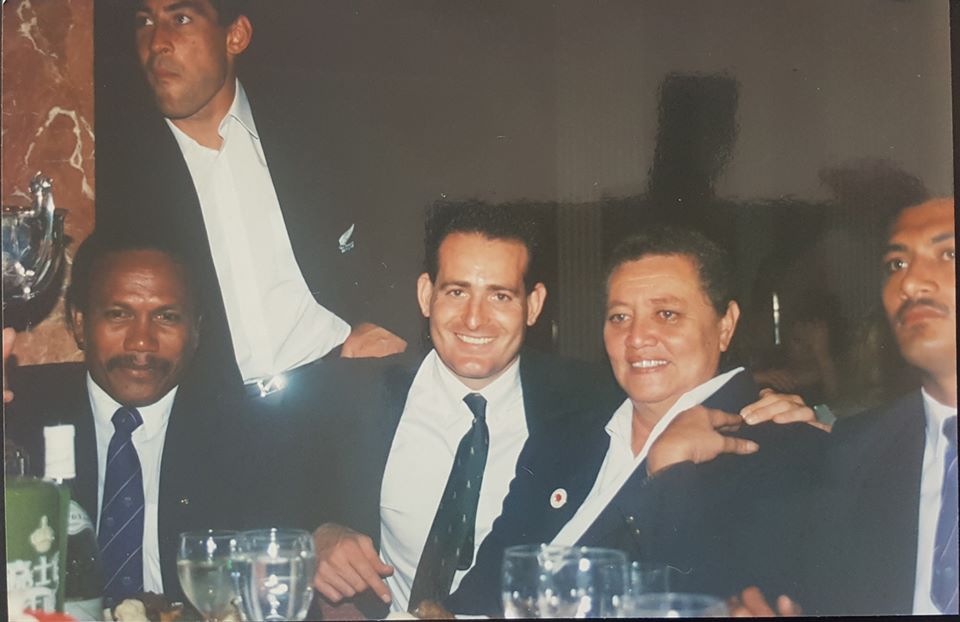 “Her combination with Lilomaiava Taufusi Salesa was God given because they knew how to make players tick. Most importantly she treated us just like her own. She would tell us off, praise us, warn us, but at the end of the day, would talk to us as our mother.

“Then topped it off with our lotu (service) to forgive all of us and a fresh start the next day."

Schaffhausen was a pioneer, becoming the first female Manager for Moata'a and then on to national teams during the 1990s.

But it was her relationship with the players that set her apart and played a huge role in the team's successes then.

“We never once felt that it was a rugby team. Instead, we felt that we were a family playing rugby together not only to prepare the mind but also the soul and the spirit before any game during our praying sessions,” said Falepauga.

“Marina has got a lot of passion for rugby not just to the Moata'a rugby team but most especially to Samoa’s national team. She’s one of those fight for the win kind of people or leaders and she has never failed in encouraging and advising us to reach for gold.

“She’s well skilled and experienced in handling the players best just as she’s successful in her businesses and she knows best how to motivate the players.”

Having a female as Team Manager played a huge role during the historical 1993 Hong Kong Sevens win, Falepauga said.

“The feelings and thoughts of comfort when your mother is the one coaching, that’s what we felt when Marina was managing our team back in the days,” he added.

“It rendered us with so much comfort which we believe is one of the main reasons why we were inspired and were led to the win.”

Falepauga also recalled that Shaffhausen often quoted a line from the Bible which says "for if God is with us, who can be against us."

Considering her contribution to the development of rugby and being such a pioneer, Falepauga said she should be honoured by World Rugby.

“I really want the Samoa Rugby Union to push for that for Marina and Taufusi Salesa in the world rugby hall of fame,” he said.

“I think of Marina just like I think of La'auli Alan Grey,... Her love for everyone was unconditional. Her voice is powerful and commands respect, and she commanded Excellence from all the rugby.”

Marina started in 1993 as the team manager of the Manu Samoa Sevens.

She was also the team manager for the Manu Samoa during the Canberra Sevens which Samoa also dominated after the Hong Kong Sevens.