Former Manu Samoa Sevens coach, Sir Gordon Tietjens, has been labelled as the "most expensive" and the “absolute worst" coach by former Manu Samoa star and lawyer, Eliota Fuimaono-Sapolu.

The criticism by the former player was publicly made on Twitter last Tuesday when he shared an interview he did with Planet Rugby going back to 2016 following the appointment of Tietjens to coach Samoa.

“Just leaving this here for all the eatbums that came at me after this article. The most expensive coach we have ever had turned out to be the absolute worst we have ever had,” Fuimaono-Sapolu tweeted.

Fuimaono-Sapolu had his reservations regarding Tietjens’ appointment as Samoa’s coach in after the 2016 Olympics which was extensively covered in the exclusive he re-tweeted.

One of Fuimaono-Sapolu's misgivings about Tietjens' appointment was the language barrier he'd face with the Manu Samoa boys.

“He’s won 12 of 17 World Series titles. Any way one looks at this, you can’t help but be excited at the potential this appointment has. But Tietjens does not speak Samoan,” said Fuimaono-Sapolu in the Planet Rugby article.

“You can have the greatest ideas in the world but if you can’t communicate it to people who do not speak your language, then you might as well talk to a toilet.”

Sixty-four-year-old Tietjens' decision to call it quits also comes just three months after he rejected calls that he should step down, given the team's poor run of form during the H.S.B.C. Seven Series.

His resignation also comes while the Manu Samoa Sevens has still not qualified for the Olympics, which was one of the Union's main goals in hiring the highly rated Sevens guru three years ago.

The official announcement was made by the Samoa Rugby Union in a statement, quoting the Chairman and Prime Minister, Tuilaepa Dr. Sa'ilele Malielegaoi.

A few days after Tietjens' resignation announcement, he criticised the struggles he and the team faced over the duration of his appointment and blamed lack of resources.

Fuimaono-Sapolu’s said he foresaw this and had reservations about Tietjens coaching Samoa. 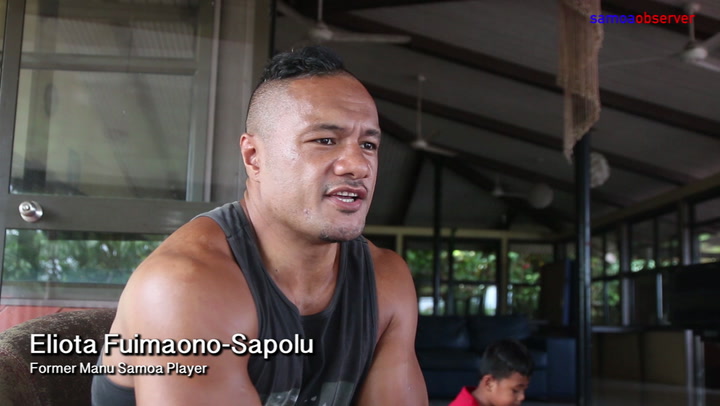 When asked by the Plant Rugby the possible impacts Tietjen’s appointment may have on the performance of the Manu Samoa, he said, “Greatness is measured in the adversities one overcomes”.

“Let’s be honest, New Zealand pours more money into rugby than they do into child poverty. Coaching ‘limitlessly resourced New Zealand’ is completely different to coaching ‘we don’t have a rugby ball’ Samoa or Fiji,” Fuimaono-Sapolu said at the time.

“If he is successful with Samoa, then he can lay claim to being the greatest ever next to Ratu Peni Raiyani and also Stephen Betham and Waisale Serevi, who coached Samoa and Fiji from under an organic coconut tree to World Series wins, without any money, heart rate monitors or mountain blast flavoured energy drinks.

“Samoa is a different beast,” he reiterated, and indeed it was.