A couple, who could not return to China due to the coronavirus (Covid-19) lockdown, have opened a bubble waffle outlet at Leufisa.

Lita Bernice Amouzoun and Hubert Cyrus Amouzoun – who run a teacher recruiting agency and an import-export company in China – flew into Samoa early February for a two-week holiday, only to be caught up in the Covid-19 state of emergency (S.O.E.) and lockdown.

Due to the grounding of the global aviation sector, the couple were unable to return to China, consequently they decided to venture to business and settled establishing a bubble waffle shop. 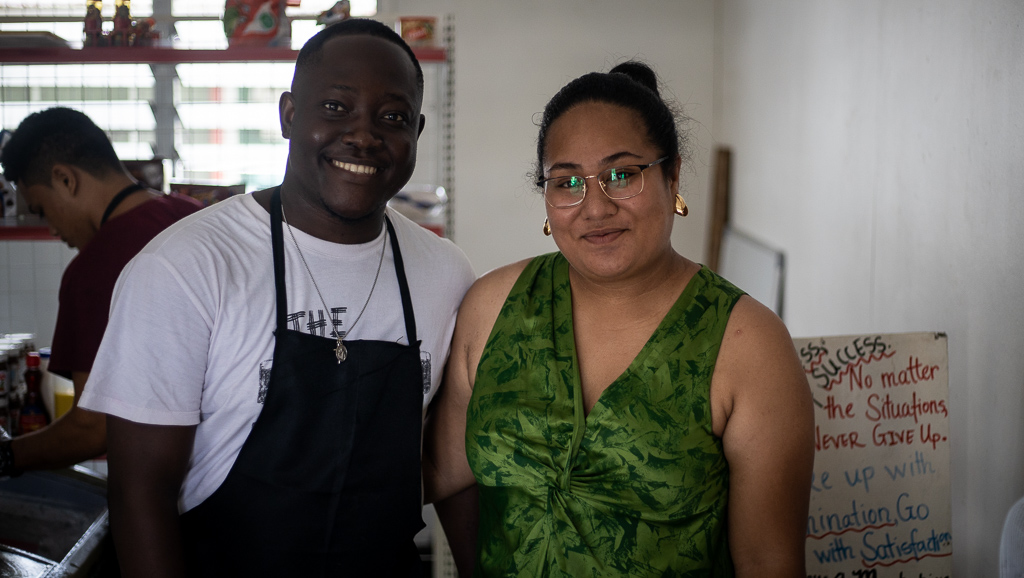 "We came to Samoa for a two weeks holiday and to spend my birthday here, but then we got stuck here because of the lockdown. We arrived here on the second of February and the third of February was my birthday but we had spent it in quarantine for 14 days,” Mrs Amouzoun said. "We wanted to do something different, because if we do the same thing as everyone else then we won’t go anywhere. So we thought of doing something that no one in Samoa is doing and that we’ll be recognized for it.”

They then placed an order for a bubble waffle machine which arrived in the country last Monday, according to Mrs Amouzoun. 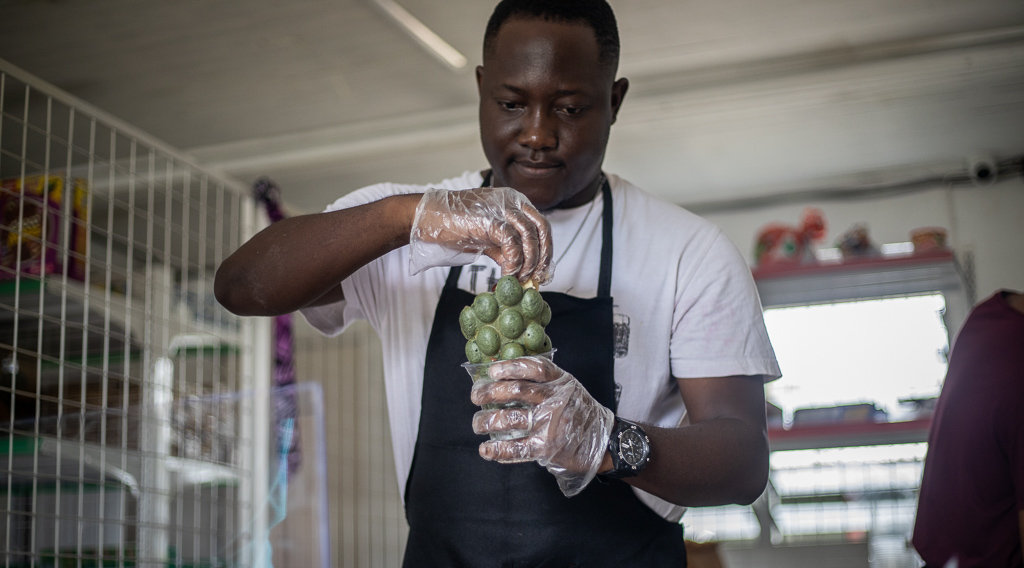 "It got here on Monday; we started decorating the place on Monday afternoon and Tuesday and then officially opened on Wednesday (last week).”

The newly opened confectionery outlet at Leufisa is the couple’s third venture after their two established businesses in China. 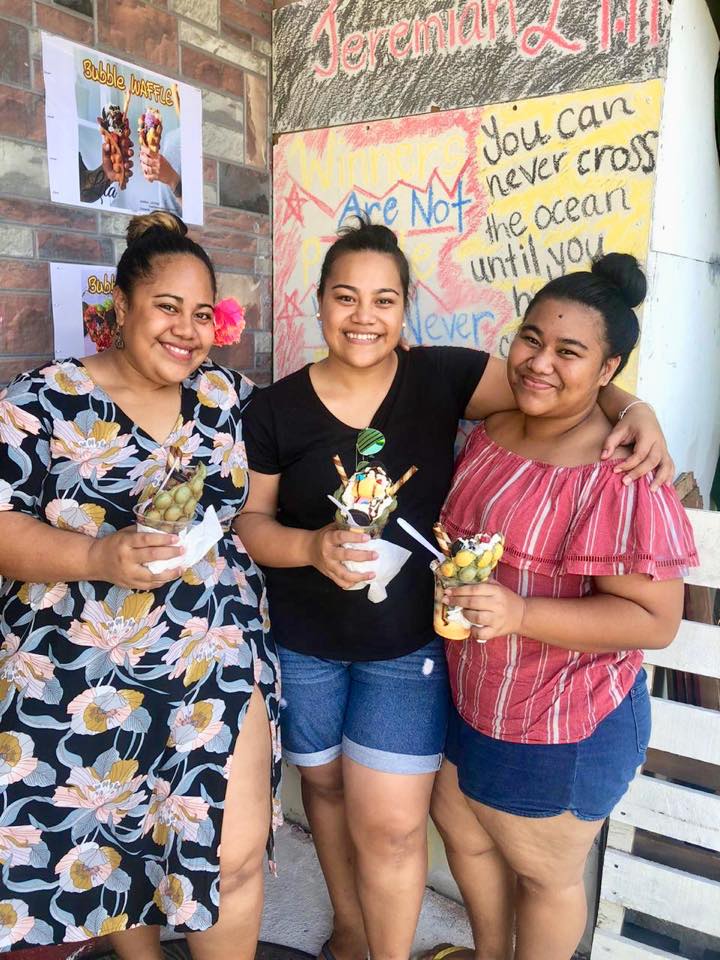 With the global economic downturn and the shutdown of air travel worldwide, Mrs Amouzoun said they both acknowledged they would not be able to return to China. Consequently, their decision to start a business to help them survive in Samoa.

"We first made a shop in our village, Papauta and then we saw this spot (at Leufisa) and decided to rent it," she said.

On the first day of business at Leufisa, Mrs Amouzoun said business was slow and gradually picked up towards the end of the week.

"When we opened on Wednesday people didn’t really know where we were at so it wasn’t really busy on Wednesday, unlike Thursday and Friday where it was packed and we were really busy taking orders after another." 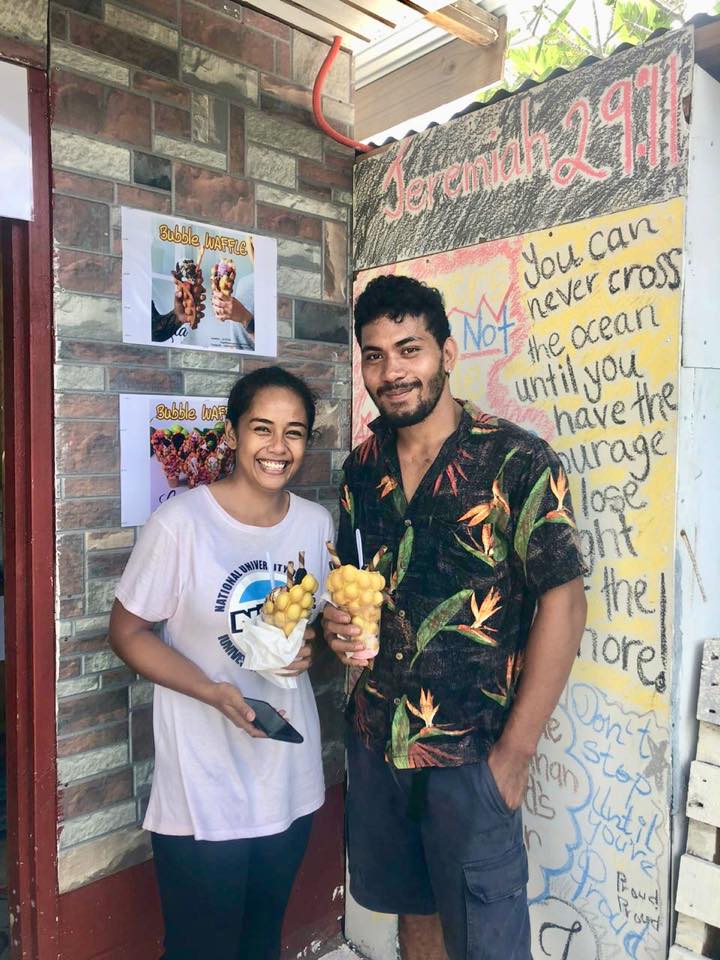 Mr and Mrs Amouzoun said they are grateful for the support from members of the public who have gone around over a week since their opening, and said everyone should look out for their promotions and the new bubble waffle flavours that will be added.

For now they are based in Samoa following the opening of their shop, but will travel back and forth when air travel resumes.