A grass that reduces the effects of flooding and erosion is being trialed at the Fagali'i-tai River as part of the Ridge to Reef Project under the G.E.F. (Global Environment Facility) multi-focal area programme.

The Ridge to Reef Project Manager, Niuava Eti Leatiogie Malolo, said flooding is a major challenge in Samoa during heavy rain and the plant will conserve soil and water, has sediment control as well as land stabilisation and rehabilitation. 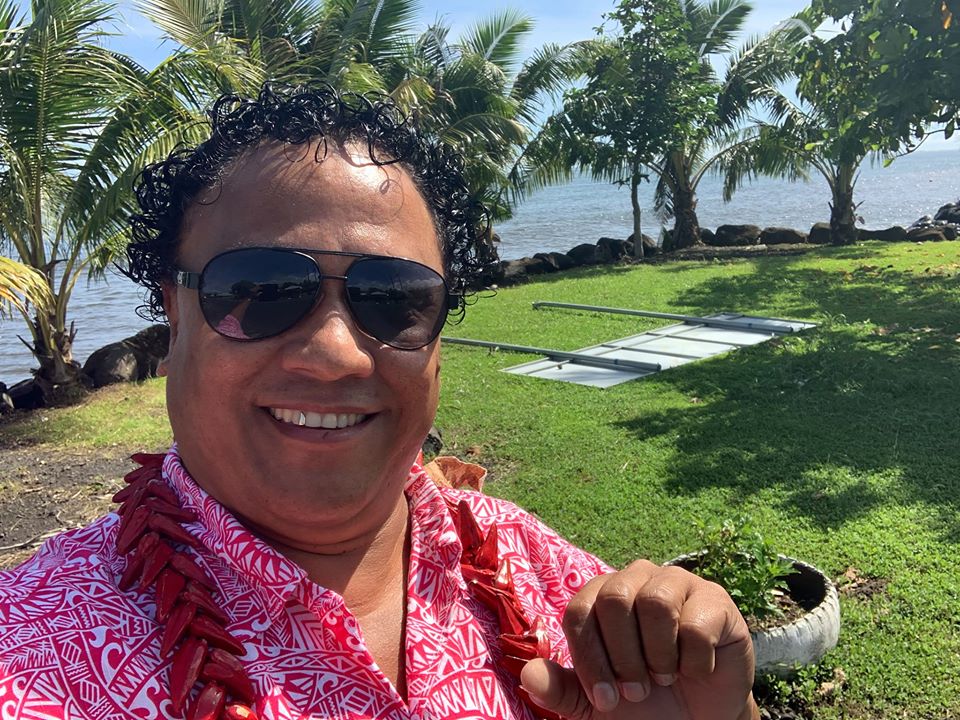 Known locally as "leusovai" or Vetiver in English, he said the grass when planted in rows will form a hedge, which is a living porous barrier which slows and spreads runoff water and traps sediments.

"The problem here in Samoa is that when it rains heavily, there’s a lot of flooding around and that’s the main problem here in Fagali’i," Niuava said. "When it rains here, the water from the marsh at the back comes in and causes flooding. We've finished with the dredging, and we just pulled out a lot of rubbish as you can see. We’ve finished with Phase 1 of the project which is the dredging and deepening of the channel." 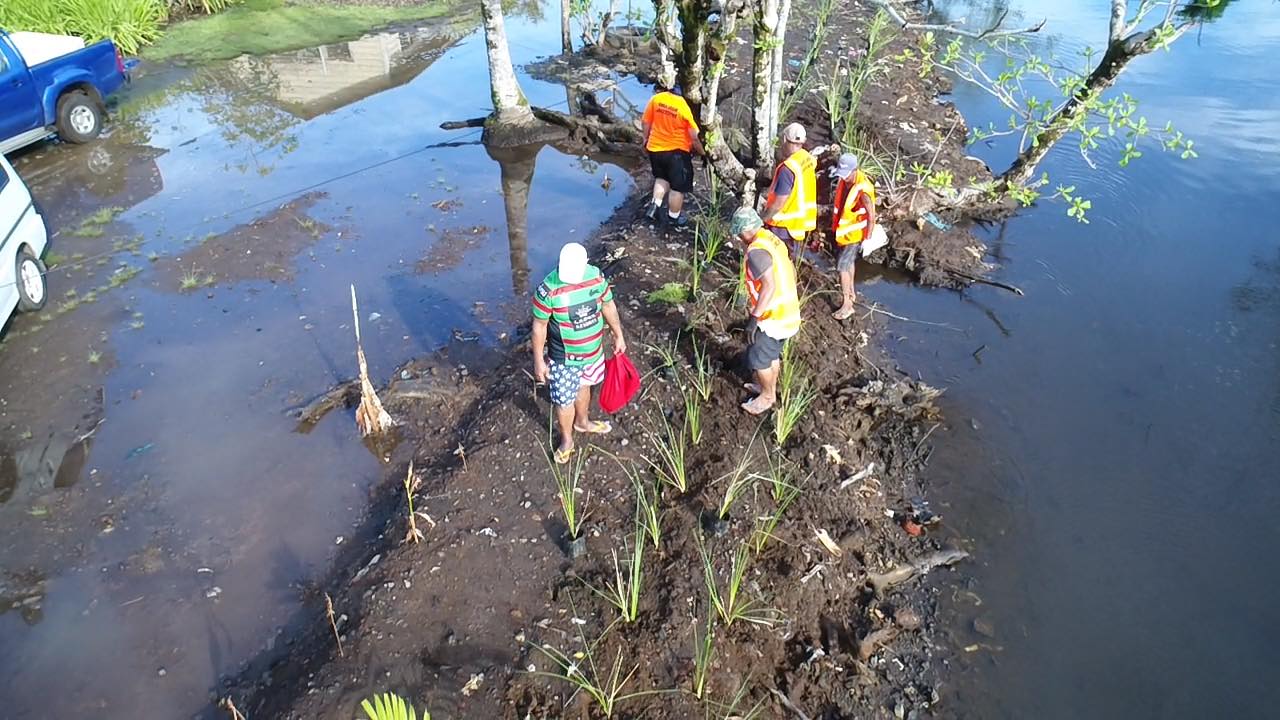 Currently, rocks and boulders surround a part of the river that Niuava says is a challenge, but vetiver is a solution which he says is inexpensive and can easily be maintained.

"Those rock walls around can really cause problems, not only for the site but also environmentally from where these rocks and boulders are from is totally degrading," he said. "This is the first-ever soft solution trial of vetiver as a project in Samoa. This is the first site vetiver has been used within the Ministry of Natural Resources and Environment. For today, we're looking to plant about 500 vetiver plants.”

The trial will run for five to six months in order to ascertain its impact on the river as well as local flooding. 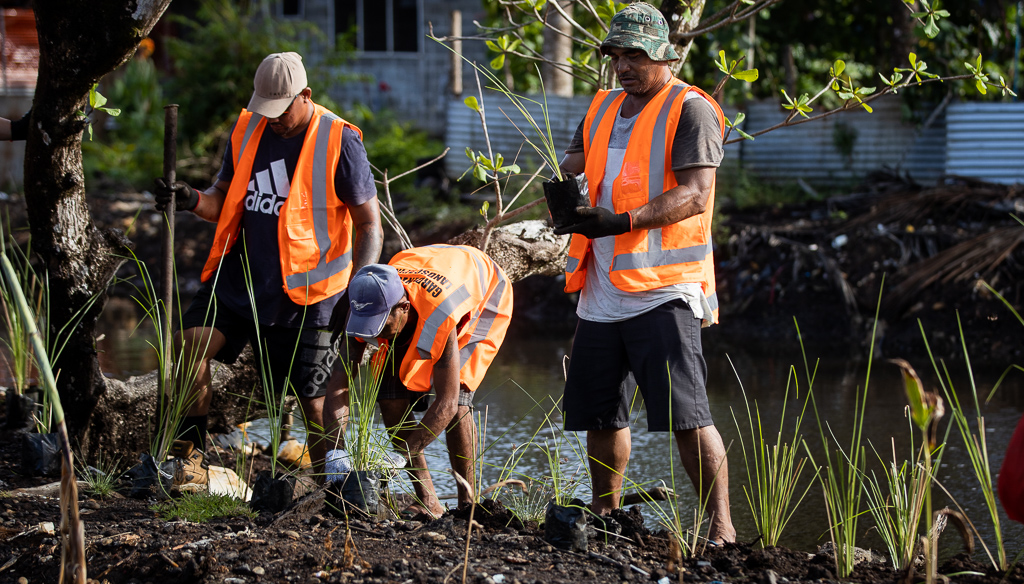 Niuava said: "We are looking at about five to six months to determine the impact of this project not only to the river but with the flooding of this area. If it's successful then we'll also be planting it in areas with the same condition within the ridge to reef area."

Describing the grass’ root structure, he said it is very strong and can grow two to four metres and stabilises the soil as well as absorb water.

The project is a collaboration with Garden View Landscaping as they are the only ones with the vetiver plants.

According to the owner of Garden View Landscaping, Muaausa Fiona, the grass vetiver was brought into Samoa from Fiji by her uncle. 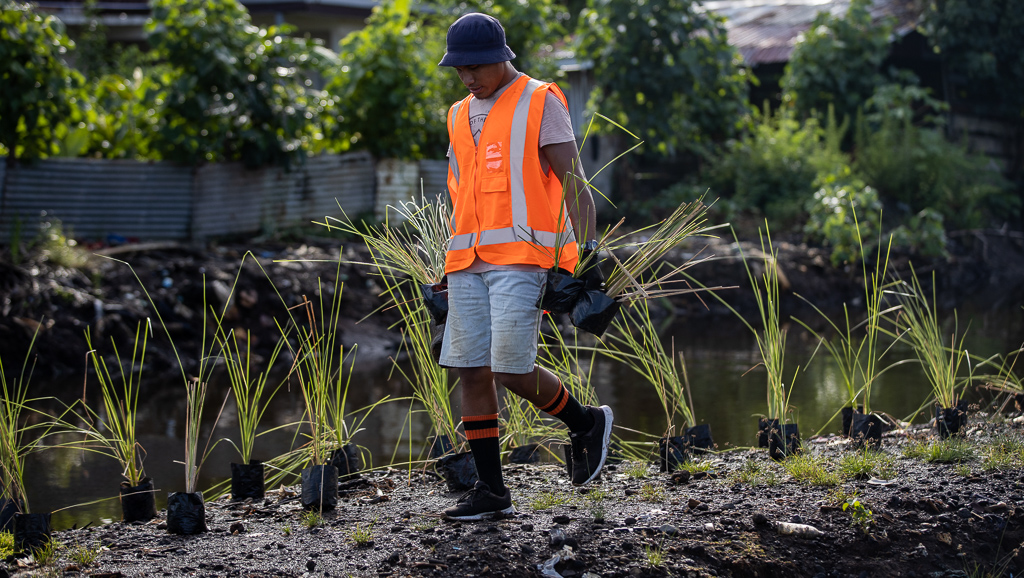 Muaausa added that research on vetiver was suggested between 2010 to 2013 as she saw frequent changes in the weather and thought that the  Ministry of Natural Resources and Environment (M.N.R.E.) should look into it.

"My grandfather Tualatamalelagi Leuso Mackenzie, he was the very first one that planted the vetiver in Samoa. He passed away before the plant could be used for a project and now I am looking after it," Muaausa said.

Apart from its trials in Safato'a Lefaga, it was later tested again in Maninoa Siumu before it became part of a project for the M.N.R.E.