His Honour Satiu was among just a handful of passengers arriving at about 2pm this afternoon on what was originally intended to be a cargo-only flight.

The incoming Chief Justice will now undergo a mandatory 14 days of quarantine before his official swearing-in ceremony, which is scheduled for 5 June.

A Ministry of Health Official Assistant Chief Executive Officer, at the airport for the new Chief Justice's arrival, Tagaloa Dr. Robert Thomsen, declined to specify where the new Chief Justice would be undergoing quarantine but said he would follow the typical process.

Among the other select few passengers arriving today was the Country Head of A.N.Z. Samoa, Bernie Poort, and his wife. 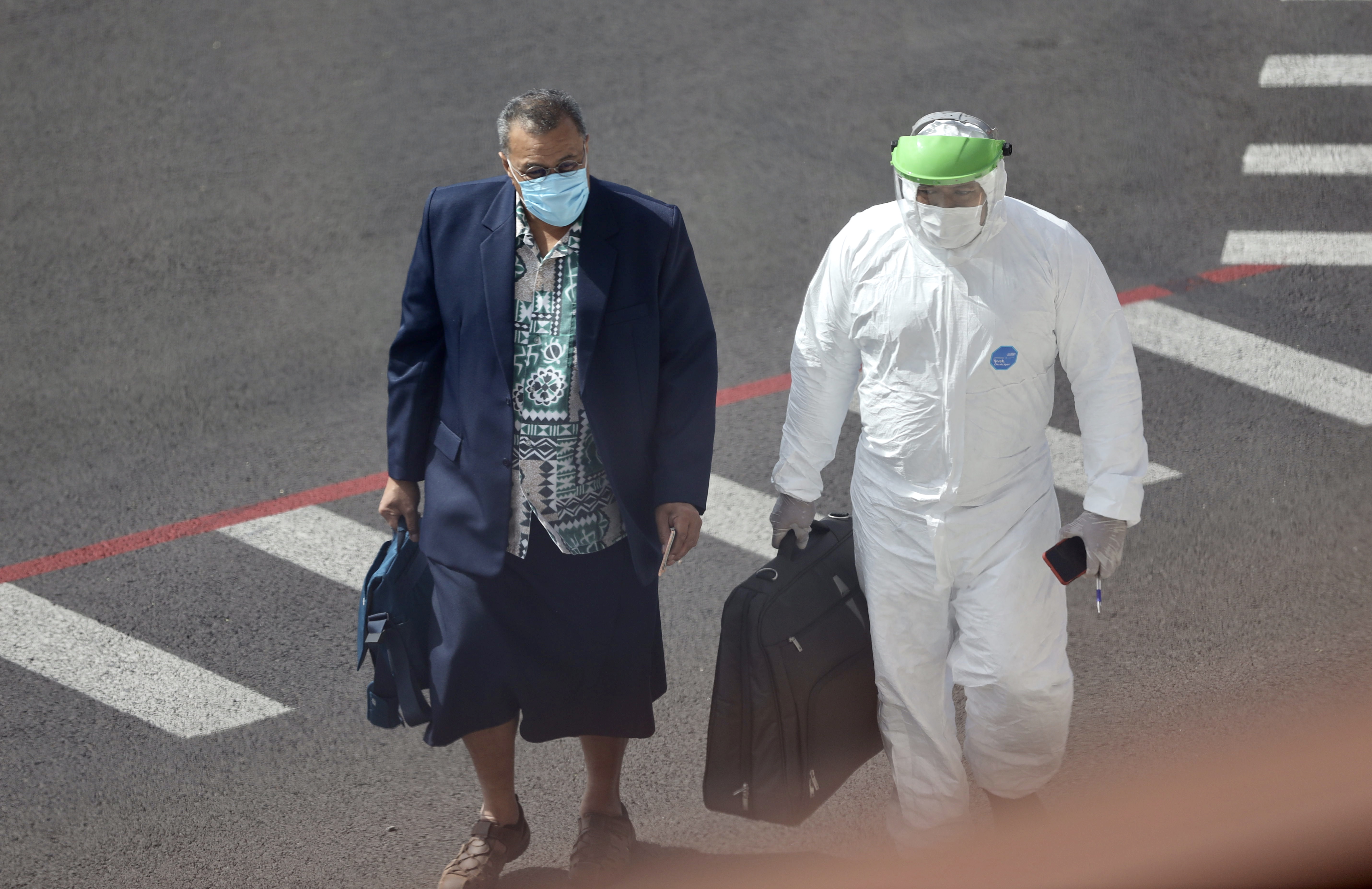 "I will most certainly be quarantined for 14 days and the [swearing-in] ceremony will proceed as soon as I am cleared from [that] process," he told the Samoa Observer in an interview on Thursday.

The passengers on today's flight were pre-approved by the Samoan Government and said to have met the conditions for arrival, a spokesperson for Air New Zealand told the Samoa Observer yesterday.

Having left Samoa for New Zealand when he was 7 years old, Satiu has previously said it had always been a dream to return to serve the people of Samoa.