Of the 12 Samoans on the MSC Armonia nine have been laid off from their jobs. (Photo: Wikimedia Commons)

The Government is withstanding calls to repatriate some 300 Samoan sailors stranded on cruise-ships overseas until coronavirus-related travel restrictions are lifted.

This is despite calls from families of seafarers and the workers themselves in a desperate call to Samoa’s Government to help rescue them.

In an interview with the Samoa Observer, the Minister of Works, Transport and Infrastructure, Papali’i Niko Lee Hang. said even if international borders do not open until Christmas, the sailors will have to wait that long.

“Even if they get through one border they will be stuck in another because they have to cross four borders until they get home,” said Papali’i.

“And when they are stuck in one of the borders they will have to fork out their own costs for hotels to stay in, food and other costs.

“There is an agreement between MSC and Samoa Shipping Services that have agreed to allow our sailors who have concluded their contracts to stay onboard the cruise ships until the borders are opened.”

As of April there were officially 321 Samoan sailors on cruise ships and container vessels worldwide.

In response to emails from the Samoa Observer, Scott McDine from the International Transport Federation (I.T.F.) in Sydney urged the Government to act now and facilitate repatriations of its citizens.

“As we have said, Governments cannot continue with a mentality of out of sight, out of mind, and must use all their influence to end this humanitarian crisis,” he said.

“All Governments must ramp up action before we see more serious consequences.”

Mr. McDine addressed the major challenges to the mental health and welling of workers onboard ships and under confinement related to the coronavirus. 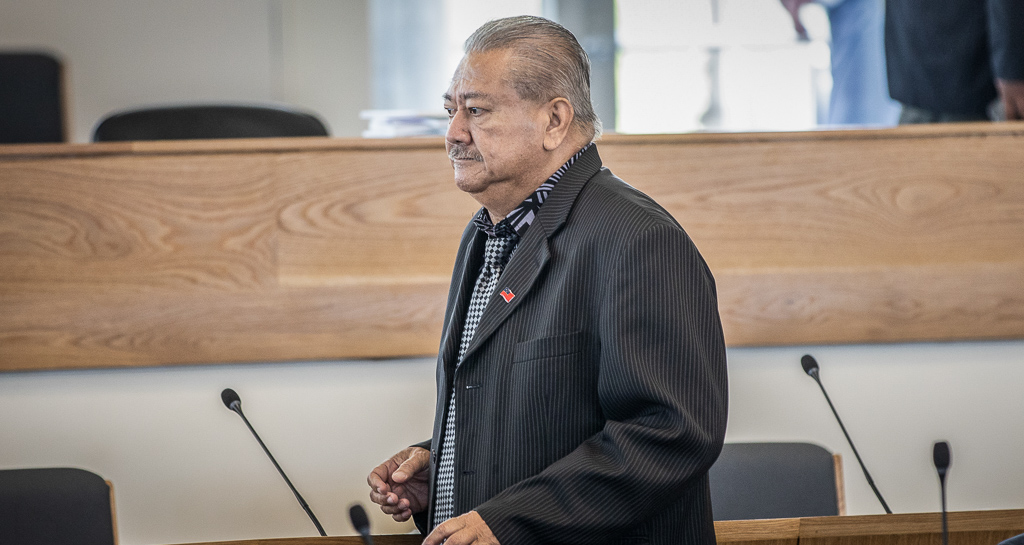 “There are many factors contributing to this situation for our crew such as uncertainty about the future of the ships after passengers were let off and crews stuck in locations with no specific dates for repatriations,” he said.

“It’s a very stressful situation for sailors on the MSC Armonia [in the Bahamas] and any other ship where seafarers are currently stranded.

“The prolonged periods they have to stay on board can create a situation of unrest. People can become distressed and that can create flashpoints.”

He added that while the situation is bad for cruise ship crew, seafarers on cargo vessels are also experiencing uniquely trying circumstances.

“Seafarers who are moving the freight that keeps the world running are finding like cruise ship crew, they can’t get home, plus they are fatigued, by having to continue to work ships that are delivering cargo, months beyond their expected end-dates.

“This situation has put an enormous strain on their mental wellbeing.”

Mr. McDine said the I.T.F. and their inspectors across the world are working to get seafarers repatriated as soon as possible.

“We’re stepping up our campaign so governments open their borders, and open their hearts, to get these workers home.”

One of the sailors on the MSC Armonia, Pao Taulapapa said he and other colleagues desperately needed help from the Government.

The sailor said many other seafarers from other countries have been repatriated by their respective Governments leaving Samoan sailors isolated on the cruise ship.

“We no longer have jobs, no money, no connection with our children, our wives and parents,” said Puletiu.

“We are here at sea waiting for the time for the virus to arrive and we will die.

A wife of one of the sailors also in the Bahamas, Falepau Niu Tulia, had made a similar call for the Government to respond to the stranded sailors.

The Samoa Shipping Corporation’s - a member of the I.T.F. - General Manager, Lautimuia Uelese Vaai, has continued to deny allegations made by Pao.

He maintained Pao’s views do not represent other Samoan sailors who are safe offshore.

The German Government has recently begun a repatriation programme for citizens stranded at sea, while the Government of India this week announced it would begin to mobilise resources for the same purpose.