A police swoop on unsuspecting members of the public at the S.N.P.F. Plaza led to the arrest of two males in possession of marijuana.

A man who witnessed the Police operation, but did not want to be identified, told Samoa Observer that they were taken by surprise when the police surrounded the back of the building and made a beeline for the men.

Amidst the melee, two unidentified young men were taken into custody by the Police and led to a police truck and driven away.

"We didn't know why there were so many police but then we saw them taking two men inside their car and then drove off, while others still stood there and started searching the area," he said in an interview. "We heard the police saying that they were tipped off by someone that there was an illegal activity going on at the Plaza. However, the woman who was standing next to the officer told the police that her kids were not selling marijuana, they were merely grass.” 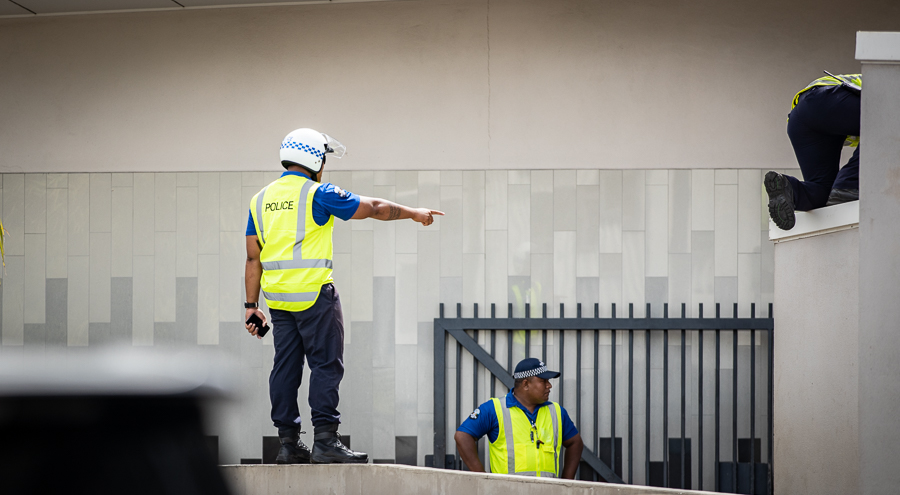 Another eye-witness, a taxi driver who is always stationed at the Plaza, said the two unidentified men who were taken into custody are always around there and are either drunk or coercing money from members of the public.

"The two that were taken are always seen at the Plaza and they are always drunk. The police came here and took the two but we heard that there are more [marijuana] plants hidden somewhere here in the Plaza. But we are not sure if it's true, whether it's marijuana or just grass or leaves.”

The Police also took a woman – whom members of the public identified as the mother of the two arrested young men – into custody after she continued to yell abuse at the police officers after they made the arrest. 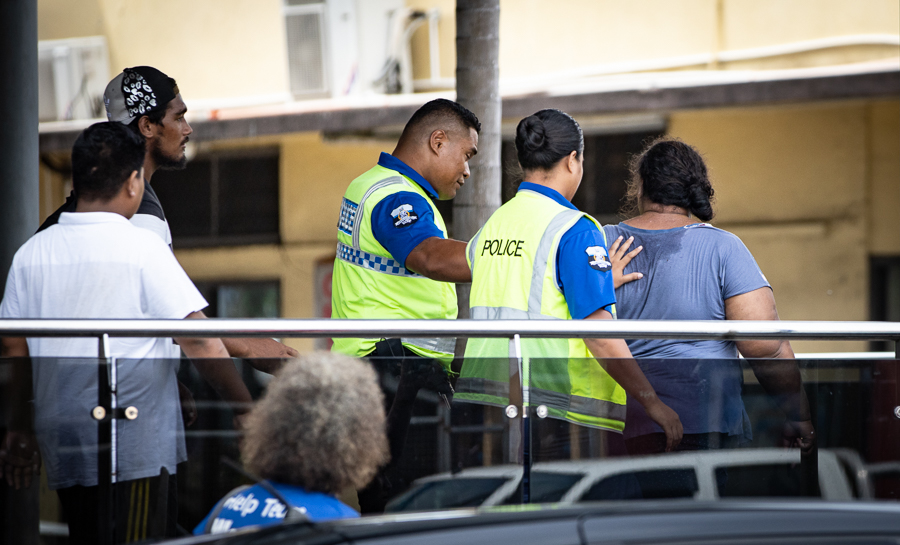 A bystander at the Plaza, who watched the unfolding drama, told Samoa Observer that the woman continued to yell abuse at the police officers and was arrested after she was warned by the Police to desist but continued with the tirade.

"The officer warned her to just leave their work to them and do not interfere, however, the mother was saying insults to the officer. She got warned again but didn't listen. The officer was about to leave when the woman struck again, so the officer got out of the car and told her they were taking her with them and so they did,” he said.

The woman should not have interfered with the work of the police officers, added the bystander as they are only working to keep our community safe.

"The police are doing everything they can for the safety of our people, and we should work together with them and not against them. The mother has crossed the line, she should have listened when she got warned the first time. But it wasn't only her, her other son also tried to interfere but police was able to talk to him and he refrained from answering back,” he said.

Samoa Observer approached the police officers for comment, but was advised that they were not authorised to speak to the media.