Samoa
A file photo of Police Officers at the headquarters in town. (Photo: File Photo)

A total of 67 Police Officers were promoted last week in a “low key” ceremony held at the Police Headquarters in Apia.

Speaking during a press conference earlier this week, Commissioner of Police, Fuiavaili’ili Egon Keil said the promotions within the force were already budgeted for and the positions were just getting filled.

“We are filing the vacant positions, already budgeted by Treasury and all we did is go through the vetting process and picking the right person,” he said.

There are 11 new inspectors, nine senior sergeants; 17 sergeants and 30 corporals. Among the new corporals is Fale Tomasi of Fasitootai Nofoalii Lalomalava and Vaivase Tai. The daughter of Toleafoa Tomasi and Latai Tanuvasa, Corporal Tomasi works in the Criminal Investigations Division.

In an interview with the Samoa Observer, Corporal Tomasi said that being a “cop” was not her dream job.

In 2015 Tomasi was sworn in to be a Police Officer, despite objections by her parents.

“They did not want me to become a Police Officer, but I filled the form, passed my physical and then proceeded to passing my test and the rest was history,” she said.

“Working in a male dominant profession is not that difficult in my view. I feel that this is the opportunity for any female to earn her stripes and to prove those that have no faith in the abilities of women.

“Not to discriminate against men, but there is a saying that what men can do, women can do better."

She told the Samoa Observer that the highlight of her career is making a difference in the lives of the people and helping those in need. 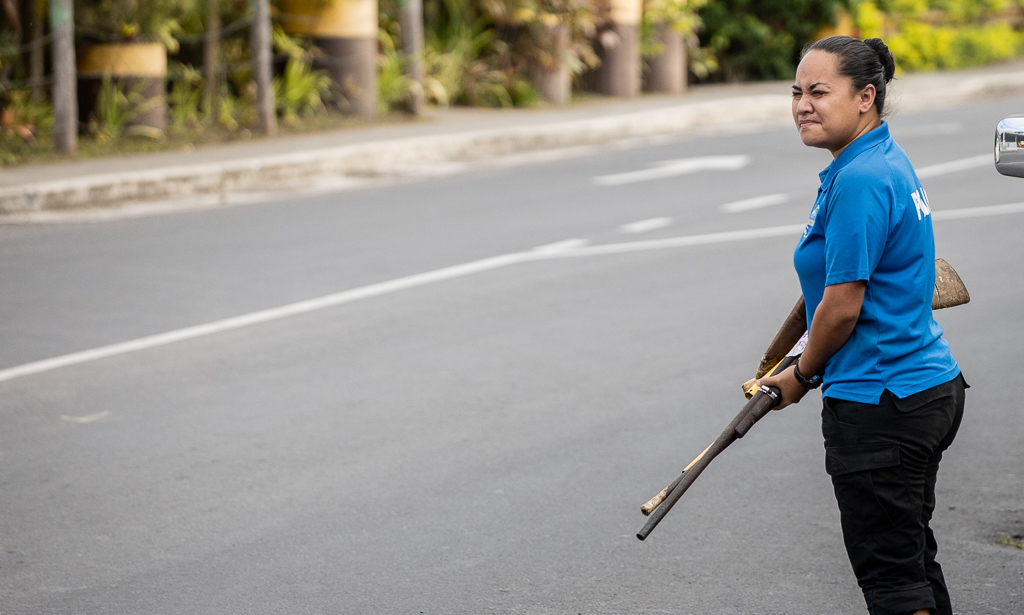 She also commended the Commissioner and his management team, saying that women are treated as equals in the force.

According to the Police Commissioner, the promotions were a long time coming.

“It went through a process and very objective and they had to go through the new system that was implemented two years ago where they have to qualify as there are certain criteria that have to be met," he said.

He said officers must be in a rank for a certain number of years and have to do a written test and go through oral interviews.

“Also we have to look at your background and personal files, if there are any complaints and they put up a score and promote from the top all the way down," he added.

“We had a lot of empty positions that needed to be filled."

The Commissioner added that the Police are using officers in lower ranks to make decisions which shouldn't be happening.