The demolition of the old Courthouse in Apia started on Monday morning with a small crowd gathering along Beach Road to witness the 118-year-old structure getting pulled apart by workers.

Fifty-nine-year-old local resident, Temukisa Atali, was part of the crowd of onlookers.

She did not hide her feelings about the decision by the Government to remove the building which housed two colonial powers as well as a newly independent Samoa government.

She told the Samoa Observer that the contractor Schwartz Construction Limited, who won the bid to demolish the building, should have invited a church minister to pray at the site before they began their work. 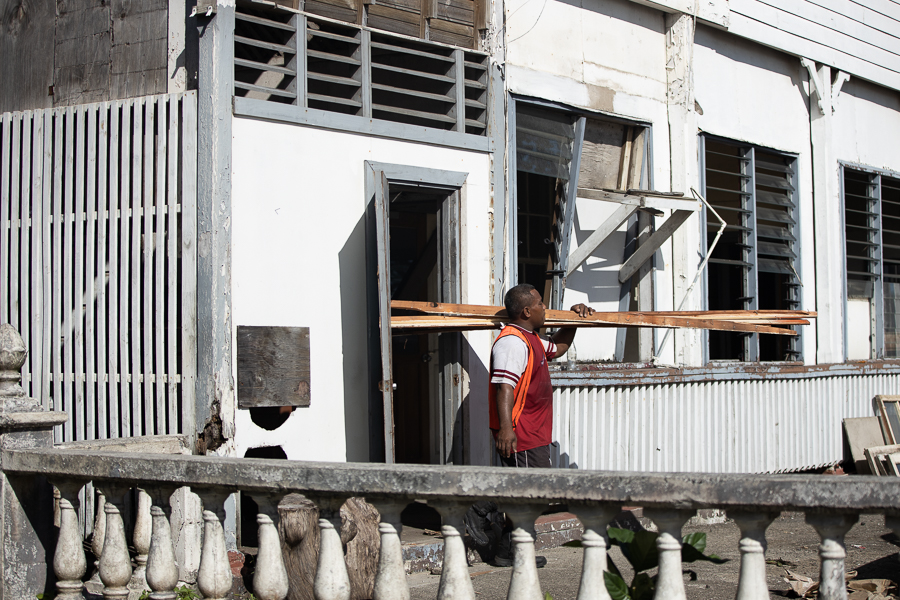 “I live just around the area and it’s sad to witness one of the country’s historic buildings going down just like that,” she said.

“If they’re thinking about the lockdown, then they should have just invited a church minister to say a few words of prayer before the house is demolished. That would've been nice.”

The Executive Board Chair for Samoa Tofia Mai le Atua, Taloto Obed Unasa, claimed in an interview with Samoa Observer that the demolition is being done illegally due to the 28 days repeal process.

“Again, no work should be done, until the 28 days and I went to them this morning to remind them of the submission requirements and they said our submission was not complete,” he said. 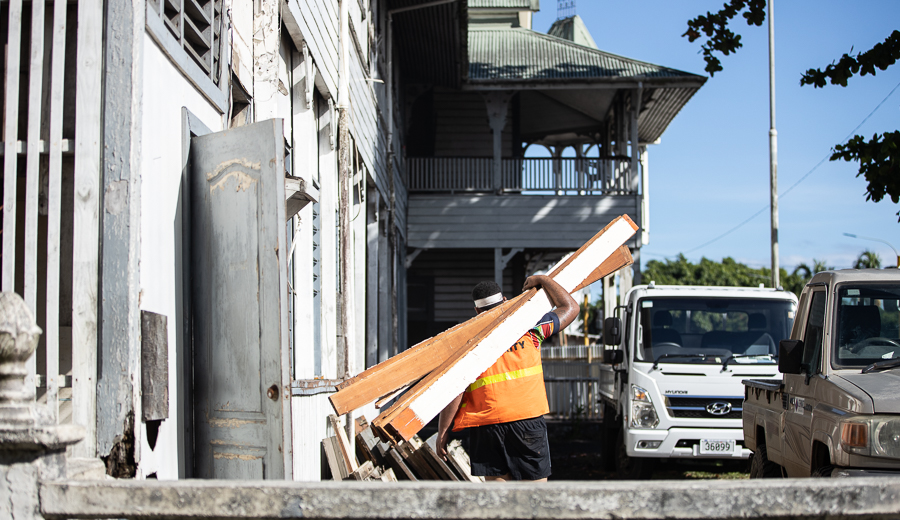 Asked if they plan to protest the demolition, Taloto said ‘no’ and added that they will not stop looking for a solution.

“I believe we can find another solution,” he added again, but later conceded that there is nothing they can do with the process now in full swing.

“I think it’s still worth fighting for the Courthouse, though they have already begun demolishing it, as we believe there will always be a solution.”

Attempts by the Samoa Observer to get a comment from the Schwartz Construction Limited Managing Director, Alai’asa Schwartz Hunt, were unsuccessful.