Most of the family's properties went up in flames along with their home (Photo: Aufai Areta Areta)

The Police are investigating a fire that occurred last week in the Faleatiu home belonging to the sister of the notorious criminal Tagaloasa Filipaina Faisauvale.

There have not been any arrests yet, Samoa Police and Prisons Deputy Commissioner Papalii Monalisa Tiai confirmed.

Nor have there been any leads so far.

The family home was burnt a week before the village publicly announced its decision to evict the family of Tagaloasa from Faleatiu.

But in an interview, Muni Satui, the eldest sister of Tagaloasa Filipaina, denied the burning of the family home is connected to the village despite reports being thrown around. 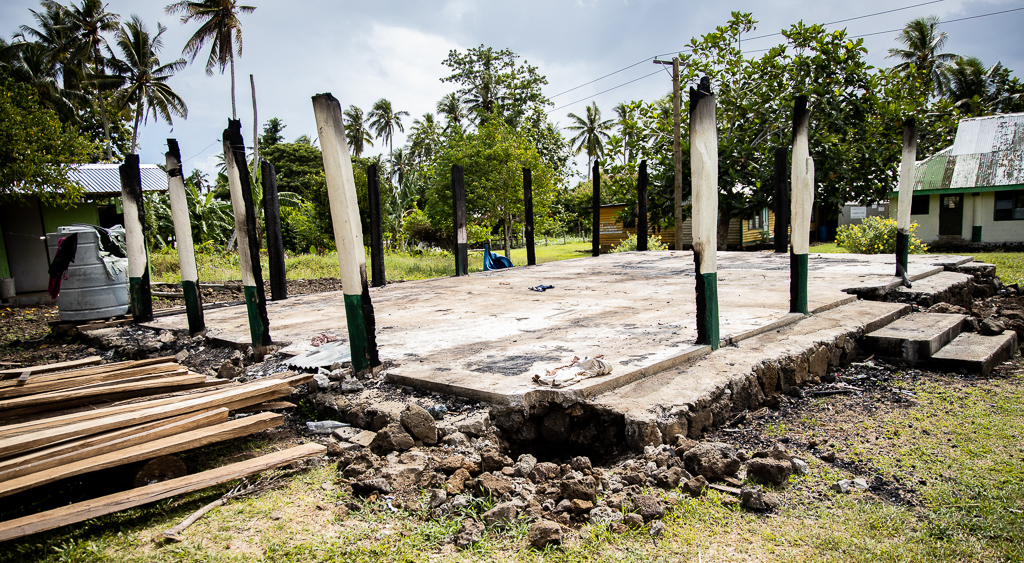 Ms. Satui said rumours among their family members is that the children caused the fire, but how it started is not known.

"We had our own doubts that it might have something to do with the village but we are leaning more towards the chance that it was just a result of siblings turmoil that is ongoing right now," said Mrs. Satui.

"Nothing is certain yet and we sincerely hope that [the village] has nothing to do with it, but as far as we know, the fire was caused by the children. The children are blaming it amongst themselves but we do not know for sure."

The elderly mother said no one was injured by the incident. Although it did claim most of their family belongings including her wheelchair, clothes and furniture.

"I am saddened that this happened as this was my son's house; it was his hard-earned money from where he works; but as long as no life was affected, we are ready to move on. We are already starting to build another house," she said.

The clarification on the fire comes after Ms. Satui spoke out about the village's decision to evict their family.

The notice was not well received by the family, as Ms. Satui said: "They do not have any business on my lands and properties. If they want to evict us, all they have to do is to remove us from their village affairs, that is it."

Mrs. Satui is the eldest of 18 children, including Tagaloasa Filipaina Faisauvale who all own land and reside in Faleatiu Uta with their children and grandchildren.

New Zealand’s new Members of Parliament with blood connections to the Pacific, including Samoa, have been welcomed with an ava ceremony.