The Government has acknowledged the contribution of a Chinese national to the development of the agricultural sector in Samoa.

The Minister of Agriculture and Fisheries, Lopaoo Natanielu Mua, paid tribute to the work of Guoping Liu, who passed away last month.

Mr. Liu, affectionately known as "Papa Liu" by many people he has helped over the years, arrived in Samoa in 2014 with a team of Chinese Agricultural experts. 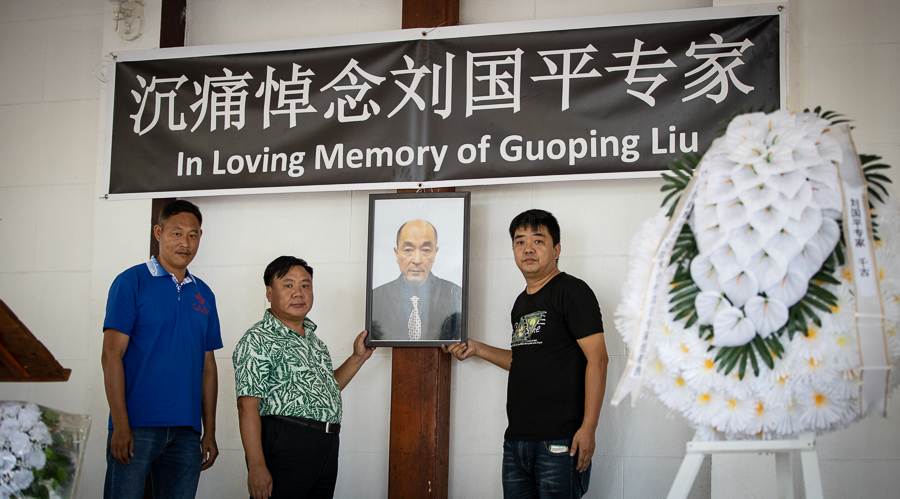 The 60-year-old was a senior vegetable expert at the Samoa-China Agricultural Technical Aid Project (S.C.A.T.A.P.).

The father-of-two died at the Motootua Hospital on April 27 due to septic shock with multi organ failures [including] his kidneys.

He graduated from Hunan Agricultural University in 1982.

He served as Section Head of the State owned far, Director of Extension Center and Chief Agronomist of the Yunxi District Agricultural Bureau, Yueyang City.

Lopao'o told the Samoa Observer that Mr. Liu has made a tremendous contribution to the agriculture sector in Savaii because he was stationed there.

“Our farmers in Savaii refer to him as Papa Liu,” he added.

The Minister of Agriculture and Fisheries said that Mr. Liu was a hard worker.

“I have met him several times and he is a hardworking man.

“He contributed to the increase of numbers of vegetable growers in Savaii through S.C.A.T.A.P. project and it’s rewarding from the Government’s perspective.

“I have already conveyed our condolences to his wife, children, grandchildren and mother who could not travel to attend his funeral or have his body flown to China.”

He apologised to Mr. Liu’s family for the inconvenience but this is a result of the global pandemic.

“Mr. Liu’s contribution to Samoa’s agricultural development has been a tremendous input we appreciate his services to Samoa through the S.C.A.T.A.P.”

One of the farmers that benefited from the deceased’s work is Tupaimanaia Chi Yuan Liu, a Chinese man who is married to a Samoan.

“When I first started my vegetable garden I had no idea what to do but Liu helped me develop my farm and I learned so much from him.

“My vegetables are being sold in Upolu all the way from Savaii. I have been here 14 years now.”

The team leader for S.C.A.T.A.P., Jim Liu told the Samoa Observer that his colleague has been cremated and will travel back to China when borders open to present the ashes of the deceased to his family.