The Samoa Solidarity International Group (S.S.I.G.) Global and the Tali-i-Lagi Incorporated have delivered a submission before a Special Parliamentary Committee to oppose the Government's plan to create an independent Lands and Titles Court.

Delivered on Wednesday, the groups opposed the Constitution Amendment Bill 2020, Land and Titles Court Bill 2020 and Judicature Bill 2020, which have been tabled before Parliament. 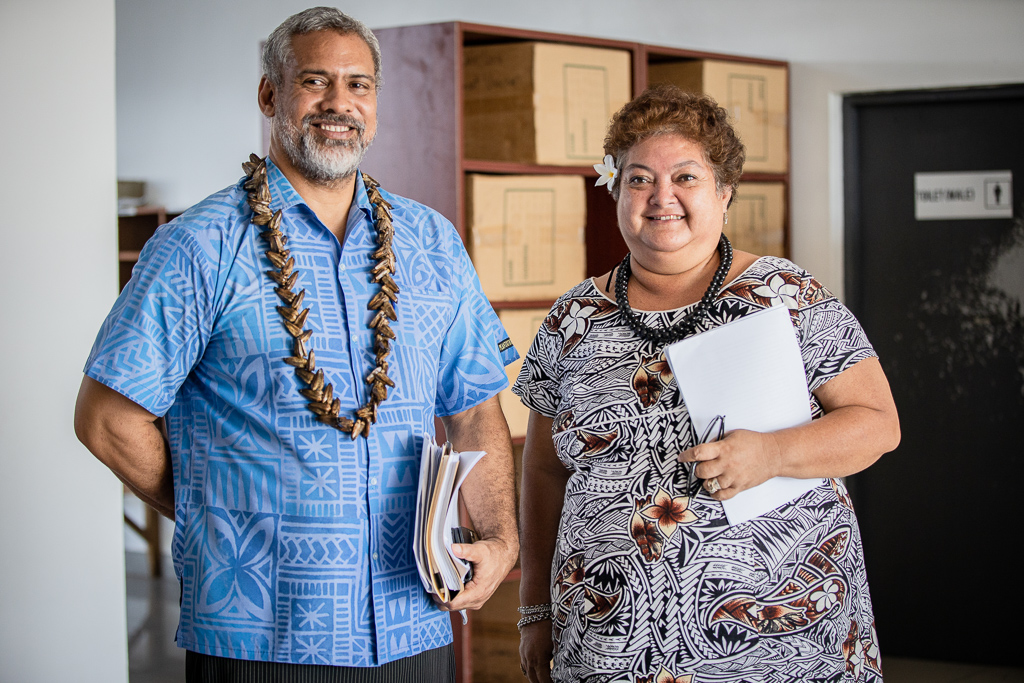 S.S.I.G. Global is a non-government and non-profit organisation established in 2017.

It was setup by Samoan expatriates as an international advocate and lobbyist body against the alienation of customary lands and the protection of Samoan Culture and Heritage.

Papali'i said that they represented 12,000 or so members and supporters around the globe who are Samoan expatriates, their descendants, families and friends.

He added that S.S.I.G. Global has no affiliation and is separate and independent from a local organisation with a similar name, S.S.I.G. Samoa Inc. or S.S.I.G. Samoa and these submissions do not therefore purport to represent the views of that organisation.

The S.S.I.G. Global has branches in Australia, United States of America, New Zealand and Japan while Tali-i-Lagi is the branch of S.S.I.G. Global recently established in Samoa.

“I presented earlier on behalf of the S.S.I.G. Global members overseas that could not travel here due to the COVID-19,” he said.

He added that most of the key points highlighted during the submission were on the significance of the rights of Samoan descendants wherever they may be.

“We were welcomed with smiles especially from the Chairperson of the Committee. With Government now conducting public consultations with the three Bills this shows that our advices are useful and important.”

He added that if the Bills are not reformed than the only option left is to provide advice on how to improve the Bills.

“We will wait for their decision but to save time I also requested that I will be presenting my own personal submission as a citizen of Samoa.”

Tuiloma added that there was a great lesson to be learned that was delivered by Papalii.

“People have different opinions but I believe that a voice and opinions are very significant.

“The way he delivered it captured everyone’s attention and he reminded me of his late grandfather Malietoa in a very humble and gentle way.”

According to a copy of the submissions made, the primary objective “is to register our strongest objection and categorical opposition against the proposal to allow these three respective Bills to become law and call upon the Government through your good Committee to withdraw all three bills forthwith.”

“We add our voice and stand in solidarity with likeminded groups and citizens of Samoa in calling on our Government to hear and accept the voices of the people of Samoa reconsider its position because Samoa is still a democratic country and as such it is the people who have the ultimately power to make laws.

“We are calling upon the Government to act responsibly and democratically by withdrawing all three Bills and start afresh. There is no legitimate basis for rushing but there is much at stake so we must be cautious.

“The Government must engage in genuine and meaningful consultation with all stake holders and the people of Samoa locally and abroad before re-proposing similar reforms.”

“People stand to lose their birth rights and property or their fundamental rights violated without recourse or compensation.

“At present the Supreme Court and Court of Appeal are the only courts with the resources, the competent and jurisprudential ability to decide questions of law, interpret the constitution and enforce constitutional rights. These powers should be retained until a better system is properly had.”