Samoan megastar Seiuli Dwayne Johnson has paid an emotional tribute to his mother on Mother’s Day.

And Ata Johnson (who was known as Feagaimaleata Fitisemanu Maivia), and born in Hawaii, sang a tribute to her mother.

She paid tribute with her son to her grandmother, with a ukulele.

Ata was born to Ofelia "Lia" Maivia was one of the first ever female professional wrestling promoters.

Ata remembered her son as a young man who was a “good kid” when I “could catch you” but “you were basically a good kid”.

“You would act up a little bit when your friends were around,” Ata said.

“But I am so proud of the man you have become.

“But the best part of being a mom is having a child who’ll listen to you”, 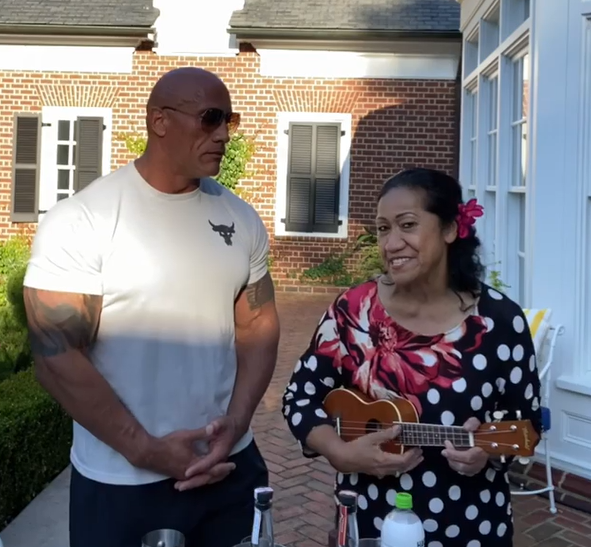 Seiuli has previously spoken about his misspent youth in Hawaii.

But Ata concluded the video:

“As a mother, I would like to make a [...] toast; you’re the reason I am honoured with the title Mommy, Ma and Mother and hence I am blessed beyond compare,” Ata said.

“This was one of her favourite songs”.

She now continued with a dedication to her late grandmother, in the form of the popular Samoan song: “Let me Hear You Whisper”.

Seiuli joined in with the rendition.

“I want to dedicate this to my mom; this was one of her favourite songs,” said Ata.