As Samoan mothers are delighted to welcome mothers’ return to churches  on the occasion of Mother’s Day due to state of emergency relaxation, one proud mother says she is especially proud of mothers’ roles as peacemakers.

Simolo Amosa Reupena Manase, 97, of Alamagoto says of all the domestic violence in families still trending in this world, one of the most essential roles of a mother is to make peace in the families.

In an interview with Samoa Observer while she remained confined to her bed, Mrs. Reupena, gives atypical advice for Mother’s Day.

“Mother’s should stay truthful, strong, disciplined, loving and most especially, they are the peacemakers in the families,” she said. 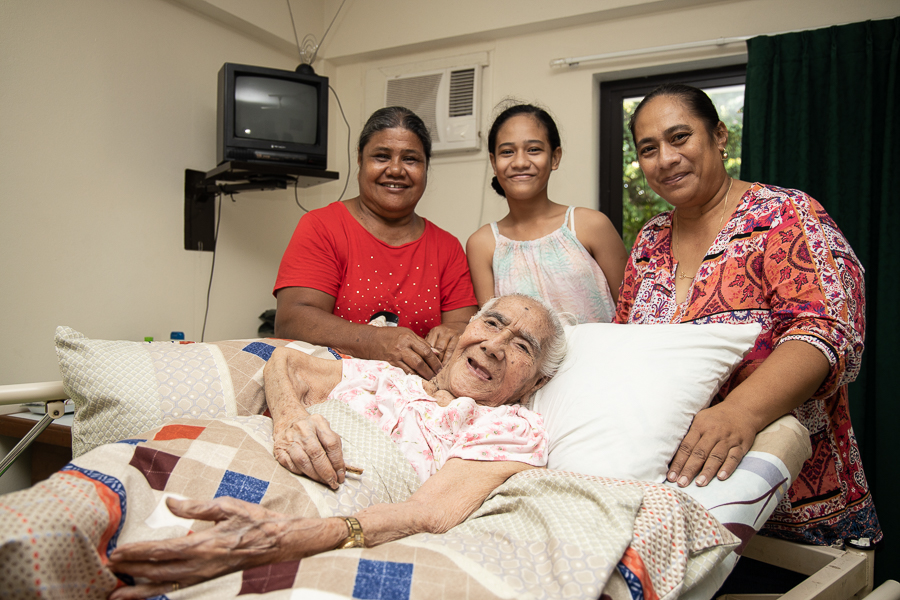 For exactly 40 years, Mrs. Reupena and her late husband, Reverend Reupena Manase, have been serving as church ministers of the Congregational Christian Church of Samoa (C.C.C.S) at Papa Sataua on the big island of Savaii.

During their years of service in the village, Mrs. Reupena was known as the peacemaker both amongst the congregation members and in her family according to Mrs. Togia.

“As my father was always very strict to me and my siblings as well as the Sunday school students, my mother will always have a way to convince my father [to treat us gently],” she added.

The same goes for solving misunderstandings between the church members and in their family.

As a church minister’s wife, Mrs. Reupena was the mother of the village, and with that experience, Mrs. Togia said it’s an experience that has influenced her and her siblings to follow.

The 97-year-old also gave advice to all wives of the church ministers to be authentic and strong in their families and their services to the church.

“Being a mother and a church minister’s wife is nothing simple but if we know our values as a mother and as a servant to God and if we stay truthful to our services, nothing is impossible,” she mumbled.

From a primary schooler to a teenager, Mrs. Togia observed her mother’s roles in their family.

A single wrinkle on their laundry being dried under the sun on their flat rocky yard at Papa Sataua is unacceptable to Mrs. Reupena.

She is the eldest of 11 and has 10 children of her own including Mrs. Togia.

One of the proudest experiences for the mother is having four of her children follow hers and her late husband’s footsteps.

The four siblings are church ministers and one is a wife of a church minister all of the C.C.C.S, including Rev. Amosa Reupena currently serving at C.C.C.S in Vaimoso.

In Papa Sataua, Rev. and Mrs. Reupena enjoyed a simple life filled with natural earnings and ways of survival.

“Papa Sataua is my village, my home,” Mrs. Reupena kept saying during the interview.

According to Mrs. Togia, though it wasn’t so vital back in the days, the salaries of her parents by the church goers was very few.

But one thing that will forever remind her of her mother, she is always grateful for the living provided in the village.

However, the village was and still is rich in coconuts, and traditional hand-made tools to sell of which Mrs. Reupena was always appreciative.

Mrs. Reupena was independent in everything she did, especially chores in her family and the church.

“I guess one of the most important lessons I learned from my mother and am continuing to do is how to raise my children,” Mrs. Togia said while fighting back tears.

“She was always the best example of how to build a family and I know all of my siblings know that and have learned from it.”

Before becoming the wife of a church minister, Mrs. Reupena was a registered nurse at the Tupua Tamasese Meaole (T.T.M) hospital in Motootua.