Samoa
An eye witness alleged that the taxi was travelling at speed at the point of impact. (Photo: Aufai Areta Areta)

The Mother's Day weekend hassle started with an almost fatal car crash at Vaitele-tai. The two-vehicle crash was alleged to be a result of speeding by a taxi with the Bella's Taxi Service heading into town.

According to an eye witness, who did not wish to be named, the blue vehicle was hit by the taxi as it was turning into the Samoa Pure Water compound.

He was selling crops and produce in front of the store where the incident happened.

Both vehicles' airbags were deployed. There were no passengers in each vehicle.

But the driver of the taxi was badly injured and had to be rushed to the hospital.

"We all saw how fast he was driving, and it is shown by the impact of the crash. The blue car actually spun after being by the taxi while he swerved and hit the streetlight pole," he said. 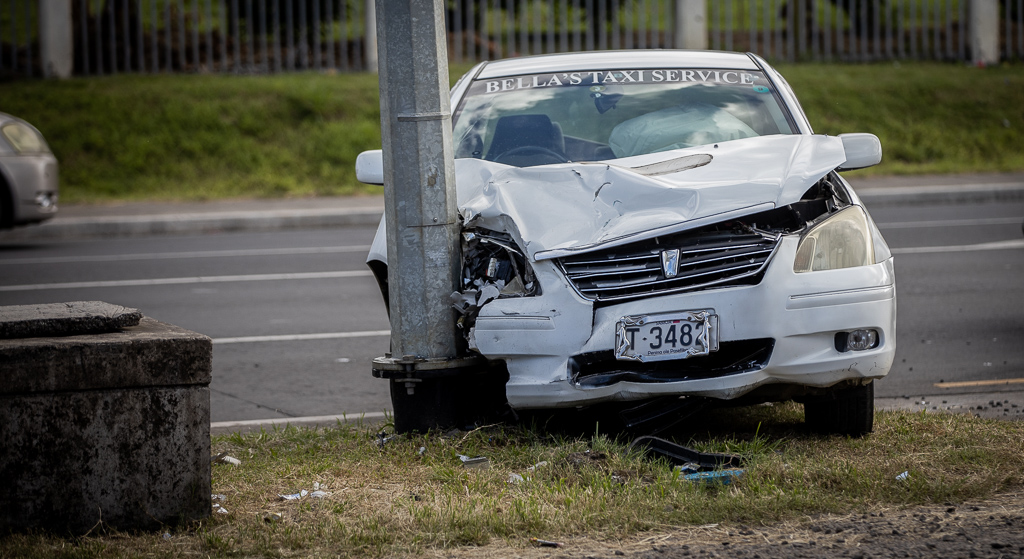 "It was like he didn't see the blue car turning in, he showed signs of slowing down. Even if he did realise what was happening before him, it was too late to do anything," the witness said.

"When we came in to help, he could not speak at first and was still in shock when we helped him out of the vehicle. He was rushed to the hospital in the ambulance."

The man highlighted that the most impressive thing about the incident was the response of the Fire and Emergency Services Authority (F.E.S.A.)

"Those guys were very quick. They were here about just two minutes after being contacted, which was really really good," he said.

The Police Officers at the scene were not authorised to provide a comment regarding the incident.