The company had presented 25 hamper gifts, boxes of ice-cream, ham, and turkey to the home of the elderly, and speaking on behalf of the company was Taivale Iulai Samu.

Mr. Samu presented the gifts to Sister Helena and wished the residents of Mapuifagalele home of the elderly a Happy Mother's day. He then praised the work of the Little Sisters of the Poor in taking care of the elderly.

According to Mr. Samu, over $5000 was spent on preparing the gifts.

Sister Helena who spoke on behalf of the Sister-in-charge Sister Alosia expressed her thanks to the Chan Mow company for the gifts and also to everyone that has donated to Mapuifagalele. 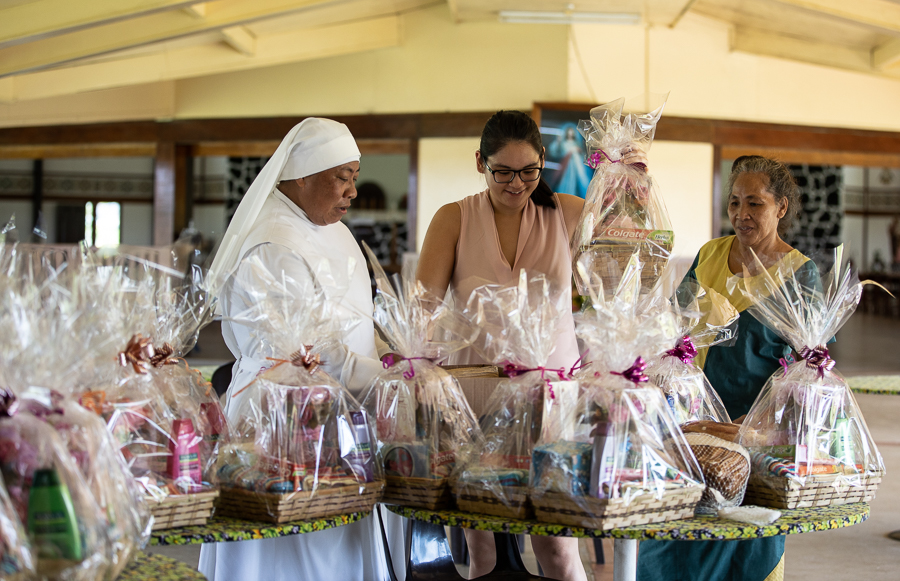 In an interview with Samoa Observer, Sister Helena thanked the people who responded to their call when they had appealed for help.

"We have received a lot, food for the caring of the old people and also the money. We thank God for all of this and we ask God's blessings for all the people who help us, and also for this company today, they provided gifts for the old ladies for Mother's day," Sister Helena said.

Sivai Tuitamalolagi, 85 of Faleasiu who is one of the residents of Mapuifagalele home of the elderly expressed her thanks for the donation.

"Thank you Amau and everyone. May you have a Happy Mother's Day," she said.