Maiava Viiga Fuimaono has resigned from his job as ACEO for Prisons and Correction Services. (Photo: Asuisui Vaitogi Matafeo)

Maiava Vi’iga Fuimaono, the head of the Programme Development Service Unit, was told of the Police and Prisons Commissioner's plan to terminate his services in March.

His resignation was confirmed by the Minister of Prison and Corrections Services, Tialavea Tionisio Hunt, on Thursday in response to questions from the Samoa Observer.

The Minister revealed that ill-considered remarks of a lighthearted nature – made in the wake of a March 23 Tanumalala Prison breakout by 29 prisoners – led to the Commissioner's move to terminate the services of the Assistant C.E.O.

“He submitted his resignation and Cabinet will decide whether to endorse [it],” he said.

The Minister said that Maiava had made comments that were “inappropriate” in the view of the Commissioner of the newly merged Prison and Police Services, Fuiavaili’ili Egon Keil.

The comments were made following the breakout from the Tanumalala Prisons.

“It was the wrong time to make jokes, when the Commissioner had a lot on his plate, most especially that was a few days after the prison mass outbreak,” said the Minister. 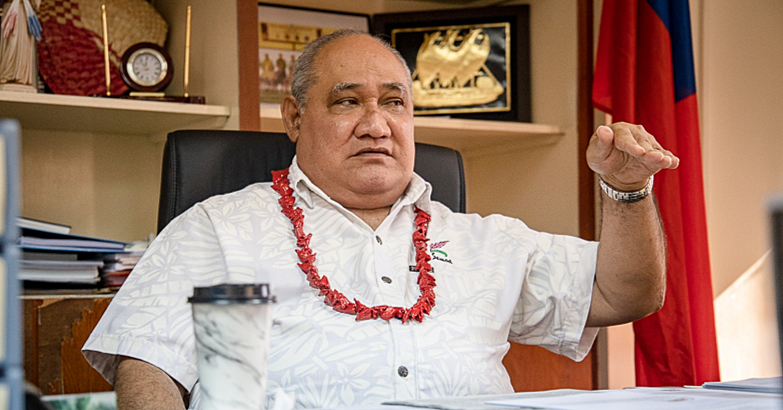 The Commissioner explained his justification to terminate the services of the A.C.E.O., days after his assuming control of Prison and Corrections Services.

“These are part of changes that we’re making at the prison,” he said at the time.

“We conducted a visit at the prison and there were things that were not right; and due to the nature of the takeover I will not hesitate to make the necessary changes.”

Fuiavaili’ili told the Samoa Observer that the intent to remove the position of the A.C.E.O. is the first of many changes to the administration of prisons in Samoa.

“I am inheriting the prison and there are many problems and therefore, I will make the changes that see fit and lawfully,” he said.

“Part of my job is to protect the rights of the prison guards and the prisoners and I am trying my best to address the issues here at the Prison”.

Fuiavaili’ili took over on the day the Prisons Commissioner, Taitosauā Edward Winterstein tendered his resignation, after the inmates dashed for freedom.

As reported earlier, Commissioner Fuiavaili’ili said that while he cannot “sack” an A.C.E.O. – as only Cabinet can do that – he was able to initiate proceedings to end the top official's tenure at the organisation.

Students at the Divine Mercy School at Malololelei have planted 300 trees as part of their Literacy Week programme.

He also urged the Office of the Electoral Commission to do their due diligence before proceeding to file charges against any voter. In Parliament last week, Namulau'ulu Papalii Sami Leota lamented on several issues that arise from the authority given to the Village Mayors.