Story behind "Made in the Dark" label

Tologataua Natopai Tauiliili  Smitlen and his wife Mara Tauiliili Smitlen are an inspiring elderly couple behind the "Made in the Dark" bag label.

The label tells the story of how a couple – who both have problems with their vision – work in unison despite their eyesight challenges to create bags that are increasing in demand in both Samoa and New Zealand.

Tologataua, who is now 80 years old, lost his eyesight in a car accident in Auckland, 1974 and has been blind ever since.

Before the accident, Tologataua was a welder employed by the Auckland Hospital Laundry and NZ Forest Products. He took up many other jobs but was never a weaver.

Weaving for Tologataua started in 1976 while he was blind. He worked at the Royal NZ Foundation of the Blind and was the only blind Samoan working there, weaving fenders for NZ Navy ships, furnitures such as chairs and tables, cat hampers, dog baskets and oval laundry baskets.

These products were woven with cane and or plastic canes. But the Foundation's workshop closed in 1981. From 1983 to 1987, he worked in the private sector and later wove carry cots for farmer’s in Auckland.

But it was in 1993 when someone asked him to make something out of a roll of strapping, and Tologataua couldn’t resist, taking on the challenge and taking the roll home.

"Tologataua used to help his sister make ‘ato laufala/laupaōgo’ a long time ago in his village of Letogo. This experience helped him create his first bag out of strappings," Mrs Smitlen recalled.

"Weaving with strappings is not an easy feat because it’s a slippery material compared to flax but he persevered and a bag was born.  The following week, he went back to his group with his new bag.

"The first person who saw the new bag was so impressed that she begged to buy the bag. She paid for it before anybody had a chance."

Despite Tologataua's condition, he has mentally pictured the designs, patterns and colours of the bags that he'll be weaving.

According to Mara, strappings comes in different colours, widths, textures and strengths. Depending on what he’s weaving, all the strappings needed are set on his worktable in order.

"I tell him where the different colours are and he’s set. Even I am surprised at how fast he’s weaving nowadays, I can’t keep up with him," she added. 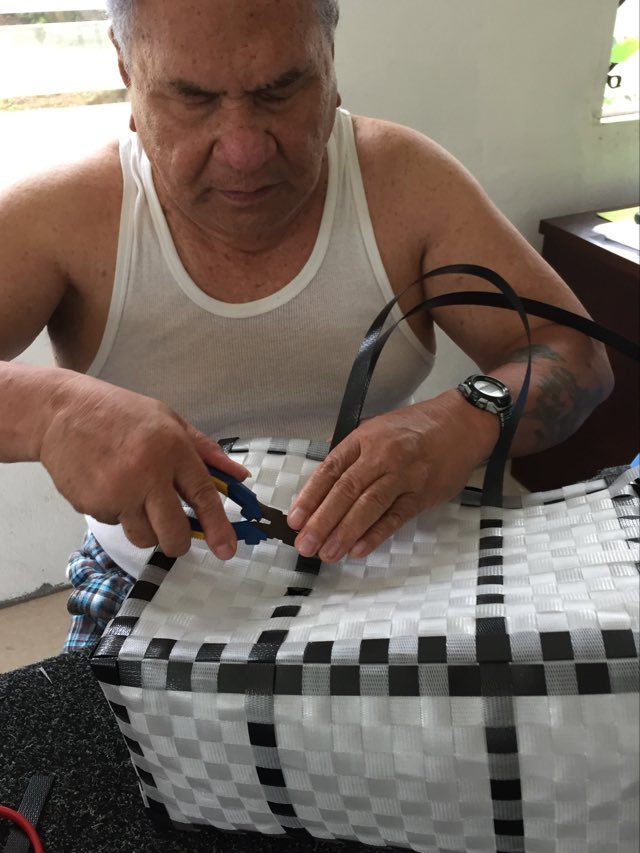 The "Bags made in the Dark" label is a two-man band and they are continuously finding ways to improve the process. It begins with the design, colour and size of the bag.

"Tologataua measures and cuts the strappings, figuring out which colour and its lengths.  He then weaves the whole body of the bag, while remembering which colour goes where," Mara revealed.

"I then take, actually he throws me the bag. I pull and straighten the bag into shape then I weave its border.  The bag goes back to Tologataua, for him to measure and weave the handles.

"Then back to me to trim, tidy and decorate. The 'Made in the Dark' label only goes on after it has passed my 100 per cent quality control.

"That’s when I know, it’s ready to be sold.  I have to be extra alert because I’m partially blind.  My husband is totally blind."

Some of the products that Mara and Tologataua weave are bible bags, admin bags to hold files and laptops, shopping bags as well as laundry bags. 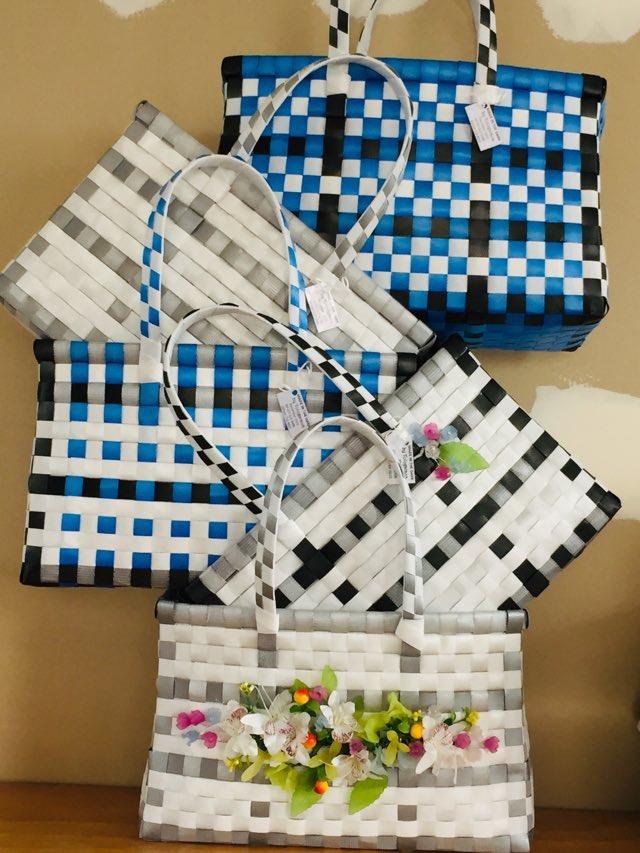 They would weave for six days a week if the demand is high with the process done in the afternoon and on weekends, as they have other commitments.

Apart from supporting themselves, their customers have also been supportive by coming up with their own designs. However, their main supporters currently the Generator (NZ Government funded), Emerge Aotearoa and Vaka Tautua for delivering the initiative.

The couple had used their pension to purchase materials for their business. However, when the Generator came on board and helped fund their materials, it made it easier for them and eased their worries about where materials would come from, when they are yet to receive their pension.

The business currently operates both in New Zealand and Samoa and they have material and tools in both countries, should they need to weave and sell online.