Residents in Letogo village are making a desperate plea for new roads.

Residents who spoke to the Samoa Observer said they had long been praying and hoping for the new infrastructure.

A 60-year-old chief from Letogo, Mau Mua Lupe, said the village has long requested repair works to improve the state of roads leading into villagers’ homes.

Mau said the process for requesting new infrastructure takes so long; to be told that the following processes for implementing upgrades has been frustrating.

"We have always needed a better road. We have requested and requested but that prayer is yet to become a reality," he said.

"We see there has been some work starting in some areas but nothing substantial yet, that has also been taking a while." 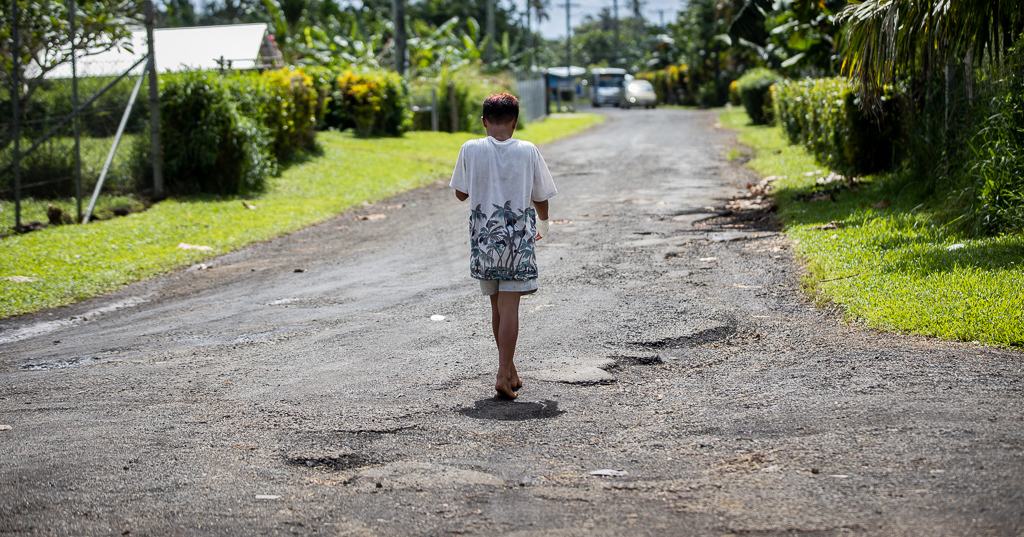 A mother-of-five also from Letogo, Fanua-a-Amoa Sani, said the roads have been a nuisance to family vehicles and the needed road works are long overdue.

"It is something that we dream of. This road ruins cars and as a mother, I worry for the children. Still water just gathers in these potholes, it's one of the reasons for the mosquitos," she said.

"And, as we usually see with other bad roads, it ruins vehicles of families in the area."

Fa'atafa is also personally advocating for much better roads for Letogo, saying he watches cars go back and forth swerving through potholes in front of his home every day.

"These roads have been bad for so long. And I usually walk on the road to exercise. Actually both vehicles and pedestrians have to dodge some of the potholes on these roads," he said laughing.

Comments have been sought from the Land and Transport Authority but no response was received as of press time.

A fence belonging to Manumailagi Garden Venue was damaged on early Sunday morning as a result of a car crashing into it.