New courthouse for Savaii in Salelologa

Samoa
Savai'i residents can expect their courthouse to be relocated to Salelologa by next year (Photo: Samoa Observer)

Deteriorating conditions and a backlog of court cases have led to the construction of a new courthouse and judge's residence in Savai’i with more courtrooms at a new location.

Savai’ians may expect a better courthouse by next year in Salelologa, the Ministry of Justice and Courts Administration Head, Moliei Simi Vaai has confirmed.

The M.J.C.A. Chief Executive Officer (C.E.O.), Mrs.Vaai says the project is to be built on four acres of land and may have up to three or four courtrooms, plus the judge's residence.

Last week, the Ministry started advertising invitations in this newspaper to render requests for proposals from potential clients for design and plans for the compound’s layout for the Court in Salelologa Savaii.

Currently, the courthouse in Savaii is located at Tuasivi and has one courtroom.

In a document for reference available on the Ministry website, it stated that the idea to re-locate and erect new facilities is due to the visible need to upgrade the office buildings and facilities at Tuasivi, which were deemed old, inconvenient, small in space and unsafe for the public. 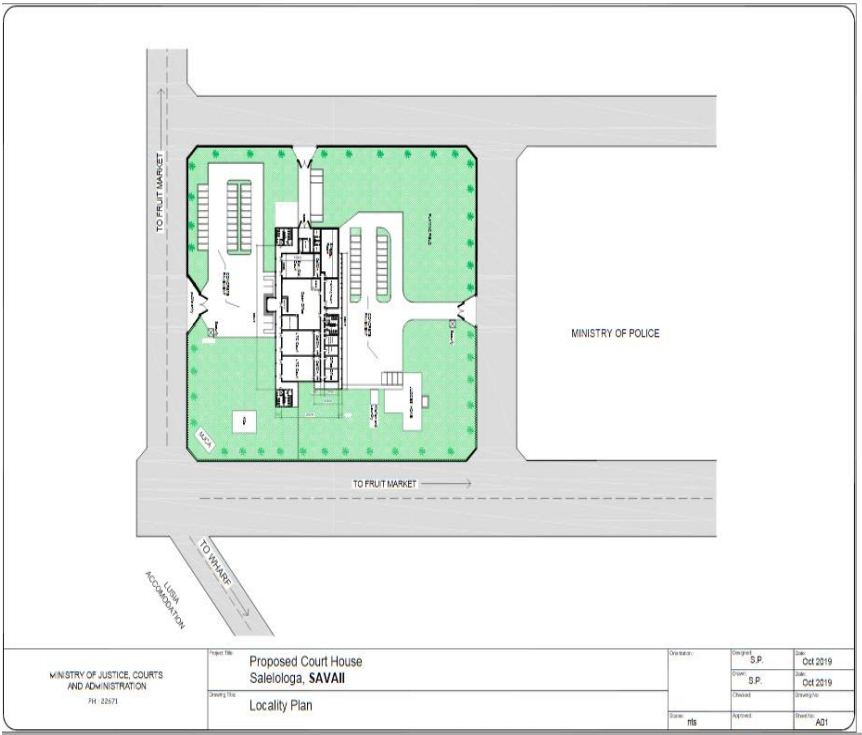 Mrs. Vaai said the project is expected to be completed by next year.

"The current office is a single open area which its main door is both the entrance and exit and does not present any privacy for mediation sessions for cases such as maintenance, probation, civil as well as lands and title matters," the Ministry reference document reads.

"The courtrooms, on the other hand, are old and deteriorating in terms of quality, becoming unsafe when masses of people turn up especially for Lands and Title cases.

"In addition, the number of Courtrooms is not sufficient which limits the number of cases heard in a week which is another problem on its own as one contributing factor to the reasons behind delays of hearing court cases.

The M.J.C.A. Savai’i Division currently provides support services to the District Courts and Land and Titles Courts, as well as mediation and registry services; and probation, parole and maintenance services.