“The model we chose did not assume this change. That is a separate issue from whether it can, but it did not," To'oto'ooleaava said. (Photo: Vaitogi Asuisui Matafeo)

Moves to elevate the Land and Titles Court (L.T.C.) and honour its role of managing custom have had a critical eye cast over them by academic and former public servant To’oto’ooleaava Dr. Fanaafi Aiono-Le Tagaloa.

In an interview with the Samoa Observer, To’oto’ooleaava said as yet there has not been a clear picture of how separating the L.T.C. from being a lower court under the Supreme Court will “play out in real life.”

The Constitution Amendment Bill 2020, the Lands and Titles Bill 2020, and the Judicature Bill 2020 together will create an entirely autonomous L.T.C. as a parallel and independent judicial structure, including its own High Court and Court of Final Appeal and Review.

Unsuccessful parties before the L.T.C. would not have the option to appeal its decisions to the Supreme Court, currently a possibility only when a decision is alleged to have breached fundamental rights enshrined in the Constitution.

The bills were tabled in Parliament in March, and are currently undergoing a Select Committee hearing process before they are scheduled for their third reading. 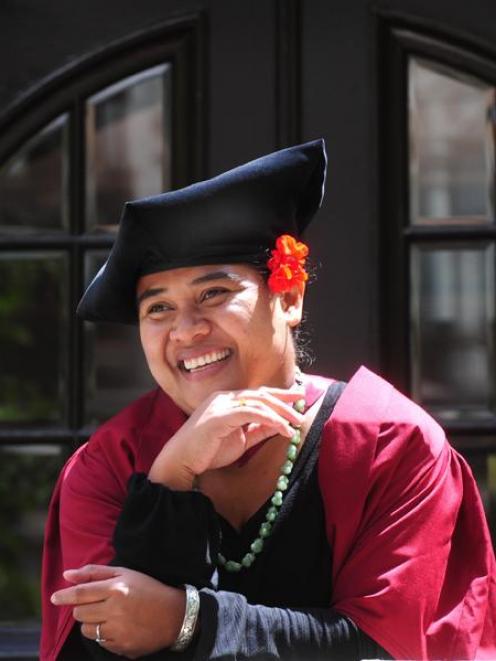 To’oto’ooleaava is a law lecturer at the University of Waikato and the Convenor of Pacific Engagement. In 2009, she published what remains the only post-doctoral thesis on the Land and Titles Court, examining its history from 1903 to 2008 and its transformation over its lifetime.

In her thesis, a copy of which is available freely from the online library of the University of Otago, she concluded the L.T.C. is an example of “continuity amid change” and has become a mainstay of Samoan custom because of how trials are carried out.

“This mechanism, which ironically began as a colonial mechanism and was continued into independent Samoa, services this role.”

The court’s historical transformation and its departure from its German roots to become a uniquely Samoan court is one reason To’oto’ooleaava said changes need to be made carefully and considerately.

Samoa’s ancestors chose the Westminster system of parliamentary democracy system, and it assumes there is one highest court in the land. No common law jurisdiction has ever changed this structure before.

“This is a fundamental reason for such unease,” To’oto’ooleaava said.

“The model we chose did not assume this change. That is a separate issue from whether it can, but it did not.”

She highlighted how New Zealand’s once considered radical idea to recreate its own highest court took over 100 years from when the idea was first mooted to actually happening in 2004.

Until the Supreme Court was formed on 1 January 2004, the highest court of the land was several flights away in London with the Judicial Committee of the Privy Council as it was for many other Commonwealth nations.

The idea of a locally hosted Supreme Court was raised several times during the 20th century. A Royal Commission investigated replacing the Privy Council in the late 1970s, and in 1996 the then-Attorney General sought to remove the Privy Council’s role as the highest court of appeal, but a Bill did not win cross-party support.

A 1999 discussion paper garnered 70 submissions, a Ministerial Action Group was formed to design a new final court, and their proposal was published in 2002. Then, the Supreme Court Act was introduced, passed in 2003 and was enacted in 2004.

“They made several attempts to engage the New Zealand population in the conversation about whether it is something that should be done, so by the time the Labour Government wrote the proposal and reinvigorated the proposal and question, and then it happened, one of the strongest things in peoples’ minds was that of nationhood,” To’oto’ooleaava said.

“How can New Zealand, such an established nation, still be going outside of New Zealand for its final court of appeal?

“That took 100 years to come about and here we have the question happening in Samoa and it got raised in March 2020. And should the legislature wish it, it is going to be passed in the third reading.”

She said the explanatory memorandum’s notes that the changes seek to elevate the L.T.C. and afford Samoan culture and custom uniqueness in the court system is not fully answered by the proposed amendments.

Another key gap is the question of inherent jurisdiction – power derived from the Constitution – which under Samoa’s present model belongs exclusively to the Supreme Court, giving it exclusive power of judicial review.

In other Commonwealth countries judicial review has been applied to any or all public bodies but Samoa’s use of it has been sparing and limited to the L.T.C., To’oto’ooleaava said.

In the Land and Titles Bill 2020, section 53 states that grounds for review under the new Final Court of Appeal and Review for the autonomous L.T.C. are common law grounds of judicial review “such as illegality, irrationality and procedural impropriety.”

To’oto’ooleaava called it “taking it away with one hand and giving it back with the other.”

On the matter of the proposed restrictions contained within the Bill to allow just five Sa’o (paramount) matai titles per family, the researcher asked why the court should dictate on something which has seen no dispute.

While the registration of dozens or even hundreds of Sa’o titles per family, often all in one go, might be shocking or disconcerting, the matter needs more discussion and decisions of the L.T.C. should be in response to a dispute brought by a family, she suggested.

“If I am in a family and there are 13 sub-branches in our family and we all agree by consensus – the customary way of decision making – that we want one Sa’o from each of the 13 branches, and we don’t have a dispute so we never go to the L.T.C., do you think we should be allowed to have 13?

“And if we have a family and it is really huge but we have always managed to only just have one and we want to just have one, should we try and have five?”

To’oto’ooleaava was the first Samoan woman to earn a PhD in law from Otago University when she graduated in 2009. Her mother, the late Professor Aiono Dr Fanaafi Le Tagaloa, has a doctorate in educational philosophy and applied linguistics from the University of London, and her father Le Tagaloa Dr Pita, a former Samoan minister of state and Member of Parliament, has an honorary doctorate from Drew University in the United States.

To’oto’ooleaava’s views do not reflect those of Waikato University.

Three police and prison officers have been suspended pending investigation into three separate incidents of alleged drinking while on duty and claims of forgery of documents.